A riveting speech is the latest video to blow up online. Welcome to the new world of social justice 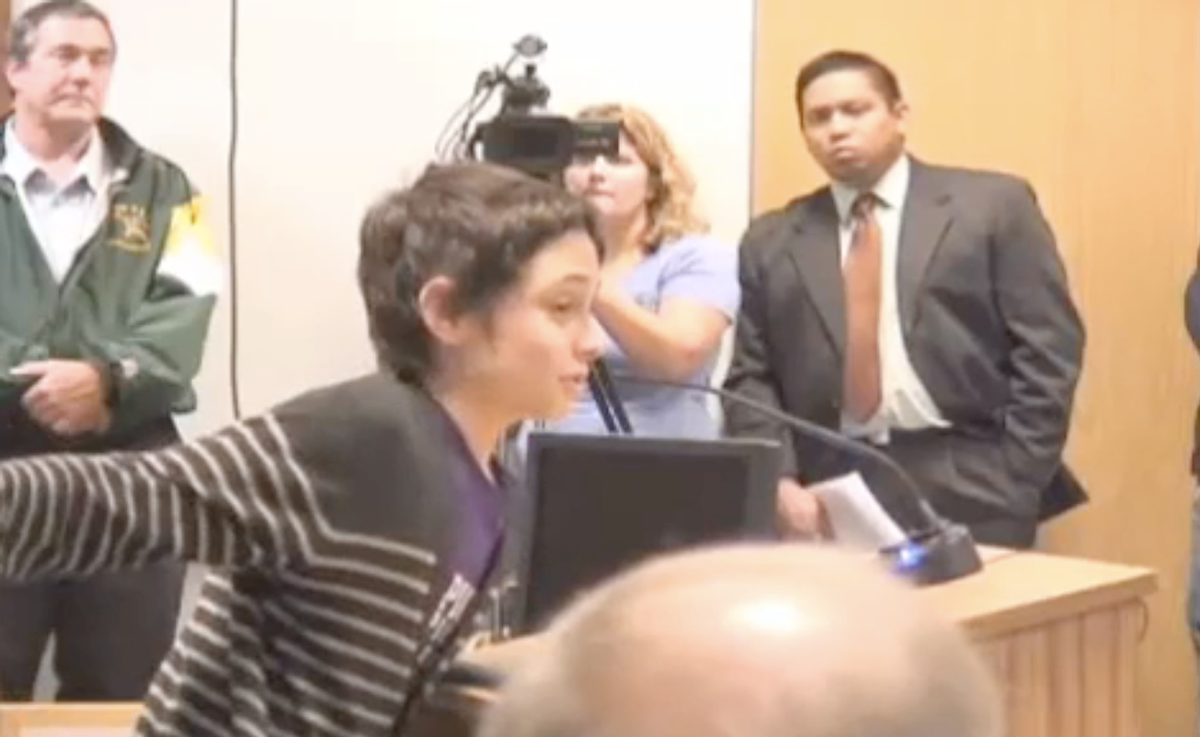 You want to suspend a schoolteacher for asking a kid who makes anti-gay remarks to leave the classroom?  You want to post on your Facebook page that "Being a fag doesn't give you the right to ruin the rest of our lives"? Or Tweet your gay roommate's private actions? OK, but just remember, in the words of that great '80s philosopher Rockwell, somebody's watching. In fact, everybody is.

When a student at Michigan's Howell High walked into economics teacher Jay McDowell's class on last month's tolerance-promoting Spirit Day and allegedly declared "I do not support gay individuals" -- and another showed up in a Confederate belt buckle -- things got heated. McDowell asked the students to leave, and was suspended for one day without pay. The district furthermore reprimanded him for using "anger under the guise of harassment and bullying because you opposed their religious belief and were offended by it" and mandated him to receive training about First Amendment rights. McDowell maintains the students were being disruptive, and that "I believe any symbol or speech that can cause a student to sit in fear in the classroom whether or not there is an outward show of that fear is by its very nature a disruption to the educational process."

Whether a student has the right to openly declare his lack of support for gays and lesbians or to tool around in a Confederate flag -- and whether a teacher has a right to say what kind of speech or attire is unacceptable in his classroom -- is the subject of much debate. But what's undeniable is the positive, enlightening and very moving thing that happened next, because that, like so much of life these days, has been recorded and shared with the world.

At Friday's local school board meeting, an openly gay 14-year-old student from Ann Arbor named Graeme Taylor took the microphone to speak in McDowell's defense, recalling Martin Luther King Jr.'s words and saying quietly, "I hope that we too can be judged on the content of our character and not who we love ... This teacher finally stood up and said something. I have been in classrooms where children have said the worst kinds of things; the kinds of things that helped drive me to a suicide attempt when I was just 9 years old ... He did an amazing thing. And whenever I have a teacher stand up for me like that, they change in my eyes." The clip immediately went viral, a touching message of plain-spoken sanity from a kid on the front lines (though his claim that 6 million gay kids die from suicide every year doesn't seem to be supported by fact).

Because of the outpouring of attention the case has drawn, the district is now holding a public forum on Monday at the school to, in the words of superintendent Ron Wilson, "improve as a district and learn from the situation and move forward." But this is bigger than Howell. What happens in a town board meeting -- or anywhere someone has a camera -- has the power to be seen and talked about and to make a difference in schools all over the country. Whether it's a message from the president of the United States or a heartfelt plea from a kid from Ann Arbor, both appeal to the collective conscience, the moral soul of the nation. There are always opportunists who will use our horror at a racist rant or the taunting of a dying girl as an excuse for death threats and privacy violations.

But the bright side of Internet culture is that somewhere in all the clutter and cat antics, we regularly find people like Graeme Taylor or the Halloween homophobia-busting blogger known as Nerdy Apple Bottom, ordinary folks who don't have their own prime-time television shows  to air their agendas but whose articulate and passionate dispatches from the real world speak to everything good and kind and tolerant in the American character. And that they get to give a message of hope as easily as a blog post or a YouTube video isn't just pretty damn fantastic. It can be downright lifesaving.

On Friday, Graeme Taylor told a Michigan school board that he "fully supports" McDowell, because "he did something that has inspired a lot of people." McDowell isn't the only one. Because Taylor's riveting testimony proves the world-shaking power of standing up and speaking out. And even in a sea of Internet noise, sometimes, the signal still gets through.