"Dancing with the Stars" recap: Bristol Palin is out of her league 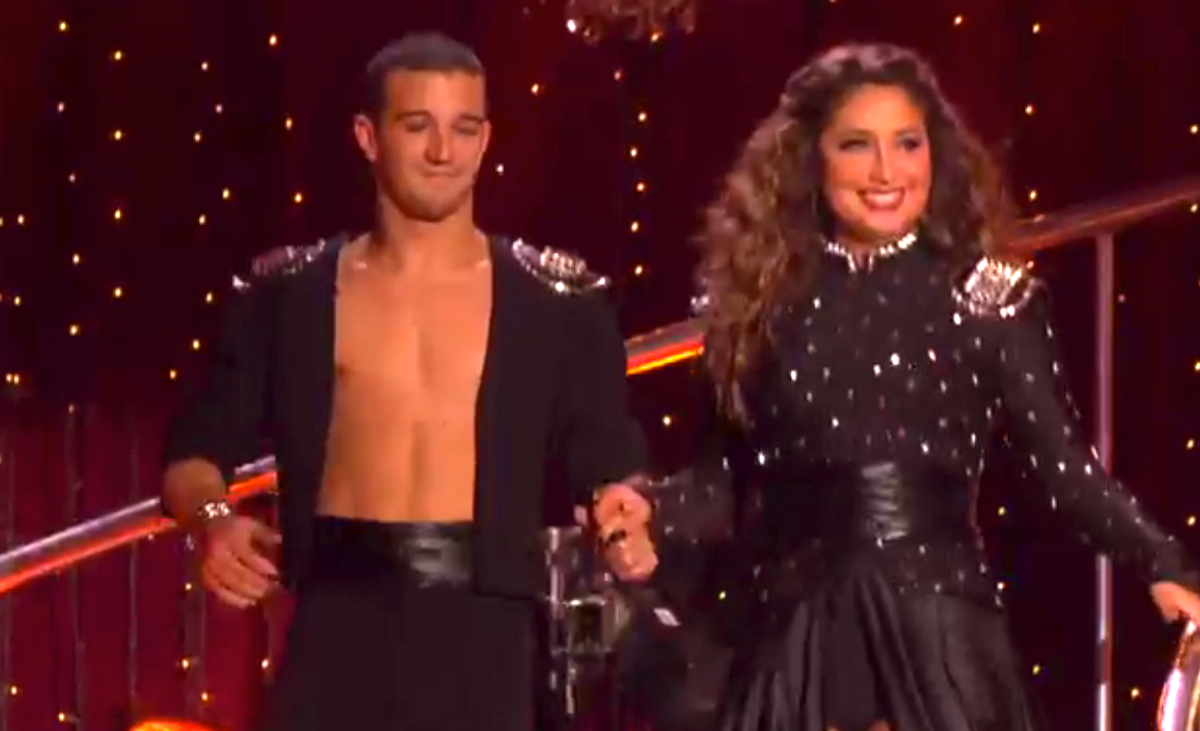 Bristol Palin on "Dancing With the Stars"
--

Last week, there were two stars left in danger of elimination at the end of the results show, and Bristol Palin wasn't one of them. Since the "final two" are not necessarily the "bottom two," the producers knew that it was more likely we'd believe that Brandy would be sent home before Bristol, regardless of the chasm between their judges' scores. This was partly because Brandy's partner Maks was being a huge dick last week, but mostly because the United States is currently living through an extended Palin nightmare -- and we just can't seem to wake up.

I can only surmise that the promise of Obama, too clever for its own good while it was being sold to us, never effectively communicated the "personal sacrifice" and "patience" aspect of the inspirational message during all that "Yes We Can" business. So, the "American People" have grown impatient and embraced Palin -- the anti-Obama -- an embodiment of style over substance, charm over talent, anger over reason, simplicity over sophistication, opinion over fact, beauty over intelligence and fear over courage.

And as she "oh geez" and "good gollys" her way through the eight-week campaign ad called "Sarah Palin's Alaska" on TLC, her daughter has become the recipient of her mother's insidious idea that America's greatness lies with the "Everyman" -- which in Bristol's case is a celebration of lowered expectations, a lackluster work ethic, bland personality and undeserved praise for minimal talent.

Brandy and Maks danced a fiery paso doble for their first performance. Her confidence has grown week after week, not only in her dancing but in her relationship with partner Maks. Unlike Erin last season who battled with Maks every week until their third place finish, Brandy has figured out how to manage him to her benefit -- letting him huff and puff until he comes to the realization that his job is to make her look good, not the other way around.

And he's making her look good. She's grown to the point where she feels comfortable performing her solo steps -- a requirement this week for all dancers. She has also turned into the best performer of the remaining contestants, embodying the characters she plays with full commitment. Kyle and Jennifer have the same ability, but neither has been as consistent.

Brandy's second dance was an Argentine tango. She creates lines and images better than anyone left in the competition -- a by-product perhaps of her striking physical presence. It will be interesting to see if it's enough to overcome Jennifer's personal ease and likability.

Jennifer looked like a new person in her rehearsal segment. Perhaps she caught a gander at herself from the past few episodes where she started to act like Jan Brady in a Woody Allen remake of the "The Brady Bunch." I can only assume that being downgraded from presumed winner to possible finalist has alleviated some of the pressure, because the sense of humor is back. "I'm ready for the next two weeks," she says, "bring it on."

She and Derek danced a cha cha cha -- and it was hard to tell if it was the pace of the music ("Mercy" by Duffy) or what, but it didn't translate nearly as well as Brandy's much more electric paso doble. But, since I'm not a dance expert, I can only assume the perfect scores that she received from all three judges indicated that she maintains an edge over Brandy in technique -- a difference that may make the difference if these two are left battling it out for the crown.

Jennifer's second dance was the waltz -- perfectly and elegantly performed. "Sometimes a whisper can speak louder than a shout," says Len.

"People connect with me I think because -- no offense to anyone else -- I'm real.  I'm not fake and typical Hollywood." I can't imagine how anyone would take offense to that -- unless of course the other contestants, who have gone out of their way to talk about how "nice" Bristol is, put two and two together and realize that she must be talking about them.

"I think people vote for me because I'm raw and untouched," she added. It would be easy to point out that she's not completely untouched -- like, say, almost every other high school girl in the country who manages to graduate without getting knocked up -- but I don't suppose it's her fault that she was asked to take a virginity pledge. That's just bad parenting.

Bristol and Mark danced a paso doble. During the rehearsal segment she once again talked about how she is never going to get it right, has no confidence and is certain that she won't perform up to expectation -- otherwise known as audience voter catnip.

She came out like the bride of Dracula -- hands perched atop her head like an exotic Amazonian bird performing a mating ritual. On the positive side she seemed to move from pose to pose with much more conviction and "pop" than she ever has before, but to compare it to the actual dancing that the other contestants are doing would be a stretch. As usual judges over-compensated in their praise -- rewarding her with the same scores that they gave Brandy -- a ridiculous thing to do no matter how appealing she may be to the viewing audience.

Bristol's second dance was the waltz. And it truly was not bad. But as a couple of the judges pointed out, Bristol wanders in and out of character no matter how much emotion the music and choreography offer her. She's out of her league -- and has been there for weeks now -- it will be interesting to see if the viewing audience finally accepts that.

Kyle and Lacey danced a samba for their first performance. He has to be considered the underdog at this point -- if only because he's run into a Palin juggernaut that shows no sign of slowing down. His performance was vibrant and lively -- "more bounce for the ounce" as described by one of the judges -- but it's something he's done many times before. It's difficult to gauge how much audience support he has out there -- especially because he's been placed on the chopping block by producers on more than one occasion throughout his run -- and he's the complete opposite of Bristol. Perhaps he's the "fake Hollywood" that she was referring to. But if loving "fake" is wrong, I don't want to be real.

…and for the love of god let it be Kyle.

Abc Dancing With The Stars Television