A Maryland politician tries the old "cash in the brassiere" trick. Don't they ever learn? 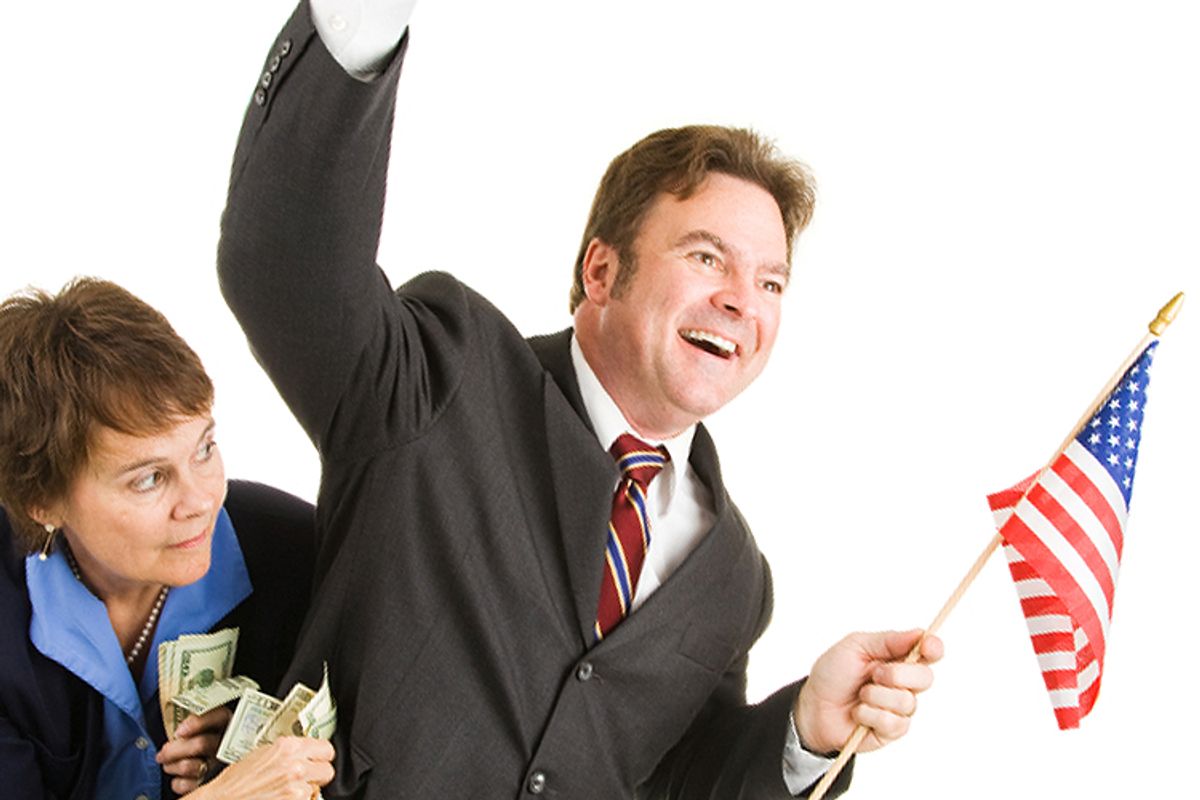 Upon learning last week that federal agents were at his door, Jack Johnson, the Prince Georges County (Md.) executive, allegedly gave his wife some odd instructions: "Put it in your bra and walk out or something." The "it" was $79,600 of cold, corrupt cash, which the FBI says it ultimately recovered from Mrs. Johnson's underwear. (It's also not counting a $100,000 check that authorities suspect Johnson's wife flushed down the toilet.)

Johnson, interestingly, is not the first politician to see undergarments as a means of hiding his crimes. His case is a reminder of some of the comical complications that can result when politicians take bribes.

Bill Jefferson's freezer: William Jefferson, a nine-term congressman from Louisiana, became a laughingstock when it was revealed he had stuffed $90,000 into his freezer in a feeble attempt to hide the money from authorities. Unfortunately, even below-freezing temperatures couldn't scare authorities away. The money was found, and Jefferson became, in the words of his defense attorney, "a national joke."

Paul Powell's boxes and briefcases: Paul Powell, who served as Illinois' secretary of state from 1965 until his death in 1970, famously believed that "there’s only one thing worse than a defeated politician, and that's a broke one." Broke, he wasn’t. In the months after his death, authorities discovered $800,000 of cash stuffed into boxes and briefcases (his annual salary never exceeded $30,000). That's what happens when your secretary of state demands all checks be written to him personally.

Ed DiPrete's dumpster dive: When former Rhode Island Gov. Edward DiPrete was confronted with charges of extortion and racketeering in the 1990s, it seemed like your run-of-the-mill corruption story. Boring! Then details emerged of the then-governor jumping into a back-alley dumpster to retrieve a $10,000 bribe that he had accidentally thrown out. He later admitted to illegally obtaining as much as $250,000, but the cash-in-the-trash episode forever cemented his reputation for fiscal responsibility -- at least when it came to his own cash.

Dianne Wilkerson's bra: Longtime Massachusetts state Sen. Dianne Wilkerson, once considered a rising star in state (and maybe national) politics, was videotaped in the fall of 2008 taking a bribe from undercover agents and hiding it inside her brassiere. Over 18 months, Wilkerson took eight bribes, totaling $23,500 -- although that alone didn't meet the $70,000 she was trying to raise for an election recount after losing the September '08 Democratic primary. So maybe she was strapped for cash -- not that that’s an excuse for this very literal cash-strapping.