Why we don't care about the royal engagement

Prince William and Kate Middleton finally make it official -- but, for Americans, the fairy tale is over 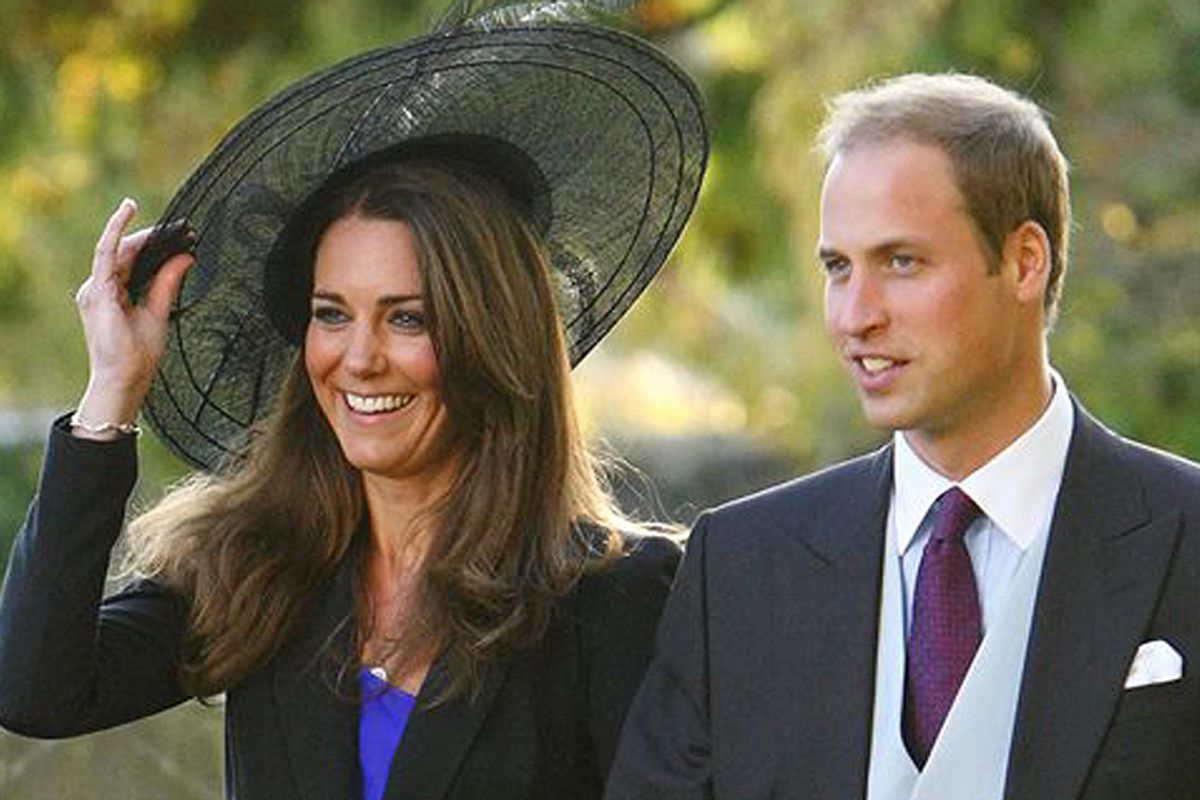 Prince William and Kate Middleton leave the wedding of their friends Harry Mead and Rosie Bradford in October.
--

He's the heir to the British throne; she's his stunning brand new fiancée. And if this were 1981, America might give more of a crap.

When Buckingham Palace announced Tuesday that Prince William is making an honest woman out of his longtime girlfriend, Kate Middleton, it was big news, to be sure. CNN has been dutifully dishing up images of Middleton sporting Princess Diana's famous sapphire engagement ring, and the announcement made the front page of the New York Times website -- in a slightly smaller font than news of Charles Rangel's guilty verdict. It's Rangel's -- not lovely Kate's -- face that's splashed as the lead on Fox. The L.A. Times, meanwhile, is currently headlining with the murder of Hollywood publicist Ronni Chasen. It seems on this side of the pond today only People magazine is left with its obsession with "Will and Kate's fairy tale love." Here in the colonies, the prevailing outpouring of "meh" was best summed up by the Awl's headline "Unemployed English girl to wed soldier from welfare family."

What a difference three decades makes. When schoolteacher Lady Diana Spencer first shyly stepped into the spotlight as Prince Charles' intended, she seemed to have walked straight out of princess central casting. Blond, pretty, 19 years old and with no apparent baggage to speak of, she appeared like perfection itself. Approximately 750 million people around the world watched her nuptials -- including Yankee girls like me who got up at an ungodly hour of the morning just to press their Lady Di hairstyled heads close to the television.

This royal wedding time around, of course, we can just DVR it. We can tweet at our leisure about the gown. But the biggest difference is our overall feeling of malaise. Tuesday's announcement makes it obvious that we will likely never again be whipped into the same excitement that Diana and company inspired in those heady, seemingly romantic long ago days. Part of the change of heart is no doubt the fault of the royals themselves. William and Kate's interminable, near-decade-long courtship has tested the patience of even the most slavering of Fleet Street wags. Middleton is no Cinderella out of nowhere, brimming with mystique. Speaking to reporters today, Prince Charles himself harrumphed, "They've been practicing for long enough."

Another difference is -- spoiler alert! -- Charles and Diana didn't exactly come through on the happily ever after front. Diana may remain one of the most irresistible icons of the 20th century -- if you're in the neighborhood of Grand Rapids, Mich., these days, you can pay her wedding dress a visit. But the sad and painfully public realities of her royal life, a story that ended in divorce and death in a Paris tunnel, forever ended the comforting myth of princes and princesses as impossibly glamorous bedrocks of consistency in a world of tumult. She struggled with bulimia; he dallied with Camilla. Embarrassing evidence of telephoned conversations with their respective lovers emerged, and, as my colleague Rebecca Traister sagely observes, "once the word 'tampon' enters the narrative, especially with sexual implications, your fairy tale is kaput. Kaput. There is no more royal fantasy." Sure, everything looks great between the two young lovebirds now, but what about in a few years, when Will is sexting Monistat metaphors to a Page 3 girl? You can't hurt us like that again, house of Windsor!

The royals have always belonged to the people without actually having to exist among them. They're like our distant relatives, only with more appropriate table manners. And that allure, which has always run double edged, is now doubly blunted. As Andrew O'Hehir observed today: "I was raised to HATE the royals, out of Irish tribal loyalty -- but as we all know, hate is a special kind of love. And all that is gone too, now that the IRA has become a boring political party in the face of much scarier (and swarthier) terrorists. Britain is such a different place than it was even 20 years ago, and the electrical charge around the royal family (both positive and negative) has evaporated."

We will always need people to love, idolize and hate, including people who sometimes wear tiaras, but we no longer need Buckingham Palace. We have Snooki for that, thank you. Neither the economy nor the nature of idolatry is what it used to be, and the notion of that some people's birthright entitles them to breathe more rarefied air than the rest of us doesn't quite cut it on the playing field of round-the-clock competitive TV. Who needs fairy tales in the age of reality? If you want America's attention, you can dance for it like everybody else.

There will no doubt be plenty of magazine cover stories and breathless speculation about the soon-to-be Mr. and Mrs. Second in Line for the Throne of England. But the restrained response to the impending nuptials suggests that on an ordinary Tuesday in November, 234 years after declaring its independence, America has at last truly freed itself of its infatuation with England. Unless, of course, it involves the Beatles.