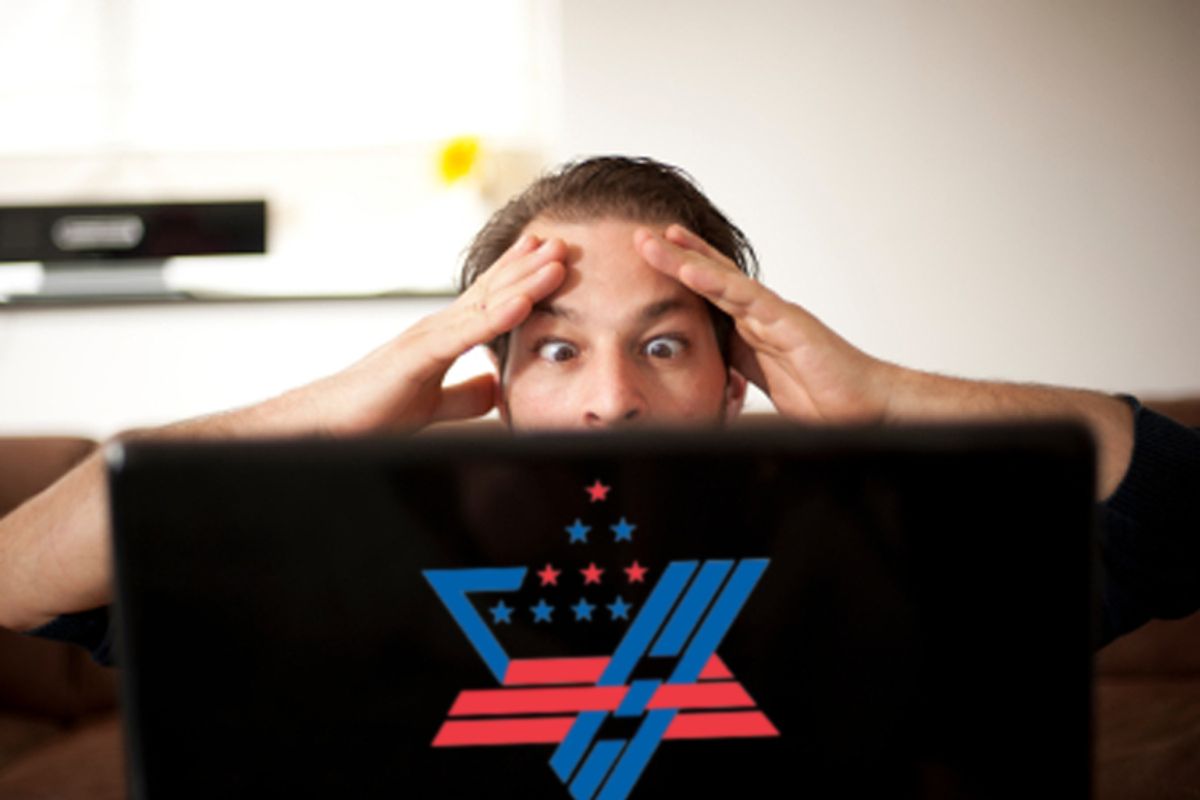 The Forward has the full back story here, but the basics are these: Former AIPAC official Steven Rosen was charged with espionage in 2005 for allegedly receiving and distributing classified information on U.S. policy toward Iran and other matters (the charges were later dropped). Soon after the charges were brought, AIPAC fired Rosen, with a spokesman saying that Rosen "did not comport with standards that AIPAC expects of all its employees." In response, Rosen sued AIPAC for defamation.

Which brings us to the new, 260-page document filed by AIPAC in the case and first reported on by Grant Smith. In transcripts of a recent deposition of Rosen, a picture emerges of a frat-house atmosphere at AIPAC headquarters. "Q" here is an attorney for AIPAC, and "A" is Rosen.

Q How often would you browse for pornographic websites?

A I thought I answered that earlier. It varied a great deal. There were ...

Q And you know we have a copy of your hard drive, correct?

A I assumed it. I didn't really know that.

Q And for how many years did you do this?

A That I really don't know.

A May well have. Don't know.

A I've already answered you that I have no recollection of the time periods.

Q When is the first time you viewed pornographic material using the company computers at work?

Q You have no idea?

How often did you view these pornographic images?

A Didn't we just discuss that a moment ago?

Q No, that was browsing. You said sometimes daily.

Q Browsing is surfing the web to find -- you answered the question, sir, with the help of your attorney, I assume.

It goes on like that for a while (see Page 55 below). At one point Rosen remarks in his defense, "I told you earlier, I witnessed Howard Kohr view -- he's the executive director -- pornographic images on AIPAC computers. I witnessed his secretary do it repeatedly, and call people over to see it, including Howard Kohr. I witnessed other members of staff do it. And the Nielsen report you wouldn't let me speak of before said 27 percent of American employees look at pornographic images on office computers. And to my knowledge that's probably a good estimate at AIPAC too."

Q If you had browsed the web for sexual encounters with gay men while at AIPAC , would that in your opinion be a violation of the computer usage policy at AIPAC?

A First, a technical correction. I actually sought married men like myself, not gay men, or I don't know what you mean by the word "gay men," but not men who were primarily living the life that's referred to as the gay community and so on.

There are revelations of political interest in the documents, as well. As M.J. Rosenberg notes, Rosen reveals that "immediately upon being told by the FBI that he was in serious trouble, and being warned by AIPAC's counsel to come immediately to his office and talk to no one in advance, he immediately ran to meet with the #2 at the Israeli embassy!"

We've posted the full document below. Shoot us an e-mail if you see anything of interest.

This is not over: Rosen told the Forward that he plans to inflict maximum embarrassment on AIPAC in his next filing.