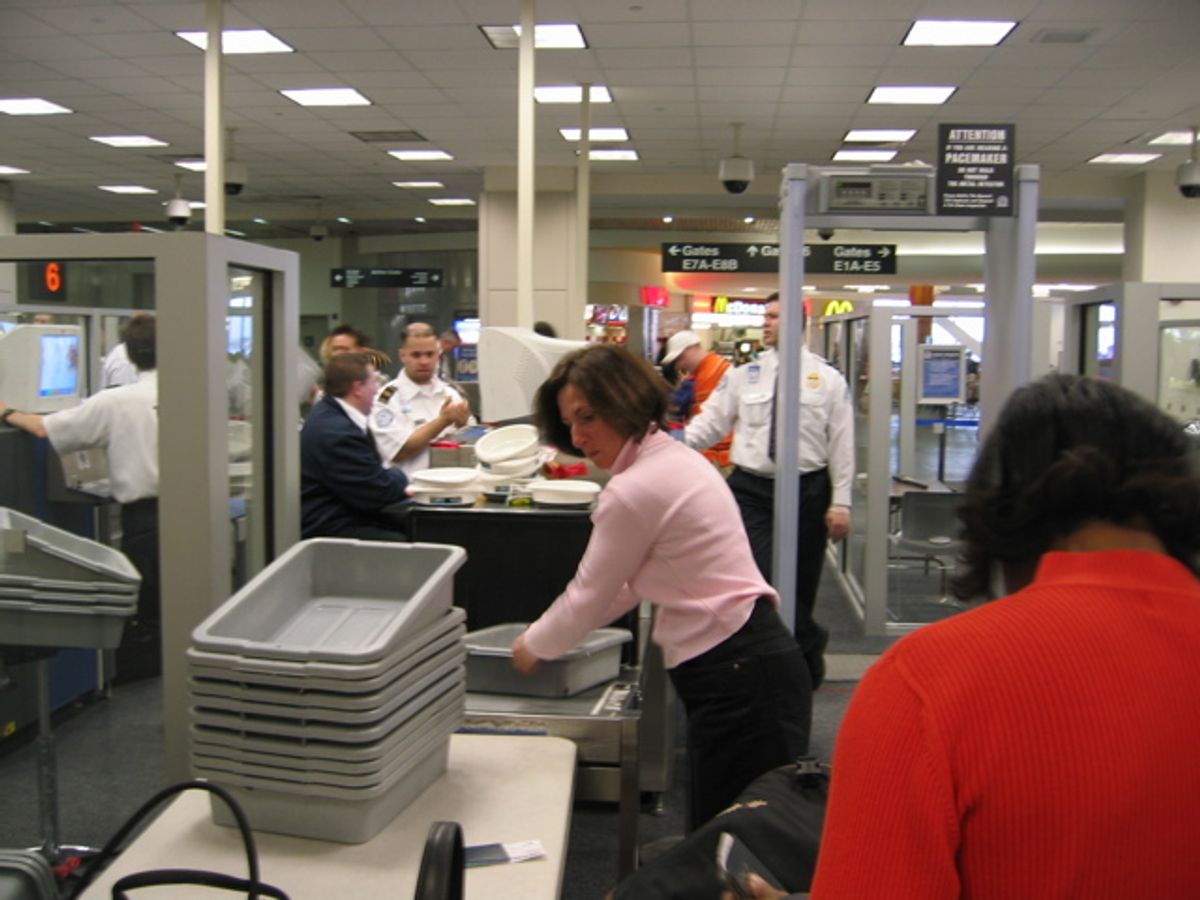 Amid recent controversy over airport pat-downs, Americans For Truth About Homosexuality is calling for the Transportation Security Administration to institute some "common-sense, healthy 'discrimination'" by banning "self-acknowledged homosexuals" from doing security screenings, "so as to avoid [passengers] being put in sexually compromising situations." It goes without saying that AFTAH is motivated by hate and homophobia, and the group's press release is dripping with bigotry: "The reality is, most traveling men would not want Barney Frank to pat them down at the airport security checkpoint. Neither would it be fair to assign Ellen DeGeneres to pat down female travelers." (Way to call out the two homosexuals you know!) This also taps into a shameful history of gay people being shut out of certain professions and treated as though they're incapable of controlling their rabid desire and acting professionally -- whether it's as a TSA agent or a Boy Scout leader.

That said, there's an interesting question at play here: Why do we have same-sex pat-downs? Is it because we're more comfortable having someone with breasts manually examine our breasts? Is it because we assume it reduces the likelihood that the person patting down our thighs will be turned on by the interaction? Is it some combination of the two? You can ask similar questions about other things that we take for granted -- gender-designated bathrooms and locker rooms, for example. It's easy enough to come up with hypotheticals that weaken the supposed strength of how we organize our entire world. As Caster Semenya made so clear, it's an imperfect system; and, ultimately, same-sex pat-downs are an imperfect way of reducing discomfort and putting the person under scrutiny at ease.

The recent case of prominent mommy blogger Erin Chase being violated during a "pat-down" (which was really more of a "feel up") shows just how irrelevant sexuality -- and ultimately gender -- can be. There is no knowing whether the female TSA agent who examined her was straight or gay. What is clear is that without any warning the agent touched her in ways that are generally reserved for one's gynecologist or a second date. "She never told me the new body search policy,' writes Chase. "She never told me that she was going to touch my private parts. She never told me when or where she was going to touch me. She did not inform me that a private screening was available. She did not inform me of my rights that were a part of these new enhanced patdown procedures."

If anything, you could argue that our blind reliance on same-sex pat-downs does us a disservice by creating the false impression that the potential for abuse and sexual violation has been removed. The same would of course be true of strictly heterosexual same-sex pat-downs.