Why Mitch McConnell is worse than Charles Rangel 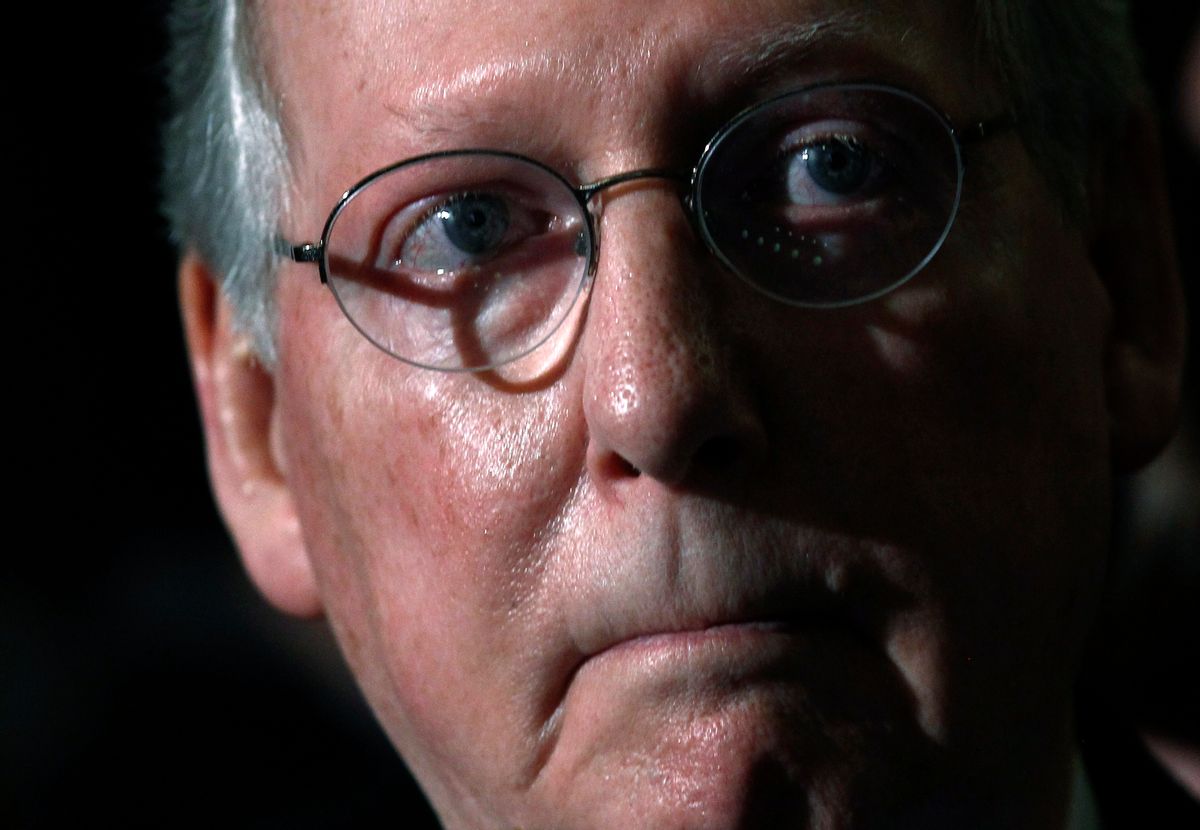 On the same day that the House Ethics Committee convicted Rep. Charles Rangel of nearly a dozen violations of congressional rules, Sen. Mitch McConnell announced that under pressure from fellow Republicans, he will surrender his beloved earmarks. This is a notable coincidence because, like Rangel, McConnell has rewarded corporate donors to an academic center named after him -- and used earmarks for that purpose. The top corporate recipient of earmarks from the Kentucky Republican in the 2010 budget not only happens to be a donor to the McConnell Center for Political Leadership at the University of Louisville, but one of the largest and most corrupt defense contractors in the world.

Topping the list of Rangel's transgressions was the misuse of his congressional clout to raise money for a vanity academic "center" named after him at the City University of New York from private donors. Yet somehow McConnell got away with the same kind of dubious dealings at the University of Louisville -- and was allowed to reward BAE Systems, donor of $500,000 to the McConnell Center, with $17 million worth of defense earmarks.

For years, the long list of corporate donors to the university’s McConnell Center for Political Leadership was kept secret, presumably out of deference to the senator and his well-heeled friends, including Toyota, AIG, RJ Reynolds and Philip Morris, among others. Perhaps the most questionable gift came from United Defense, a subsidiary of BAE Systems, the Pentagon contractor that finally settled a huge, transatlantic bribery case with the Justice Department last spring. United Defense gave $500,000 to the McConnell Center, and the senator has continued to perform for the company ever since, even while BAE was subject to a federal investigation that led to a record $450 million fine and three years of monitoring by a court-appointed "compliance officer." Ironically, the chief accusations against BAE involved bribery of public officials (in Saudi Arabia, not Kentucky).

Everyone knew that BAE was suspected of serious corruption -- and under investigation not only here but in Britain and Austria as well -- when McConnell sponsored $25 million of earmarks for the company back in 2007. By the time he pushed through the FY 2010 earmarks last year, both the United Kingdom’s Serious Fraud Office and the Justice Department were preparing to file criminal charges. BAE's sales tactics in the Mideast and Central Europe were not only crooked but interfered with American oversight of sensitive defense technology, according to Justice Department officials.

So while McConnell and his caucus are (temporarily and reluctantly) giving up their power to reward dubious donors like BAE with earmarks, it is hard not to wonder how the stringent "reformers" of the Tea Party can support his reelection as Republican leader.