Congress must act quickly to save jobless benefits

Republicans say cutting taxes on the rich is better than helping the unemployed. That's rubbish 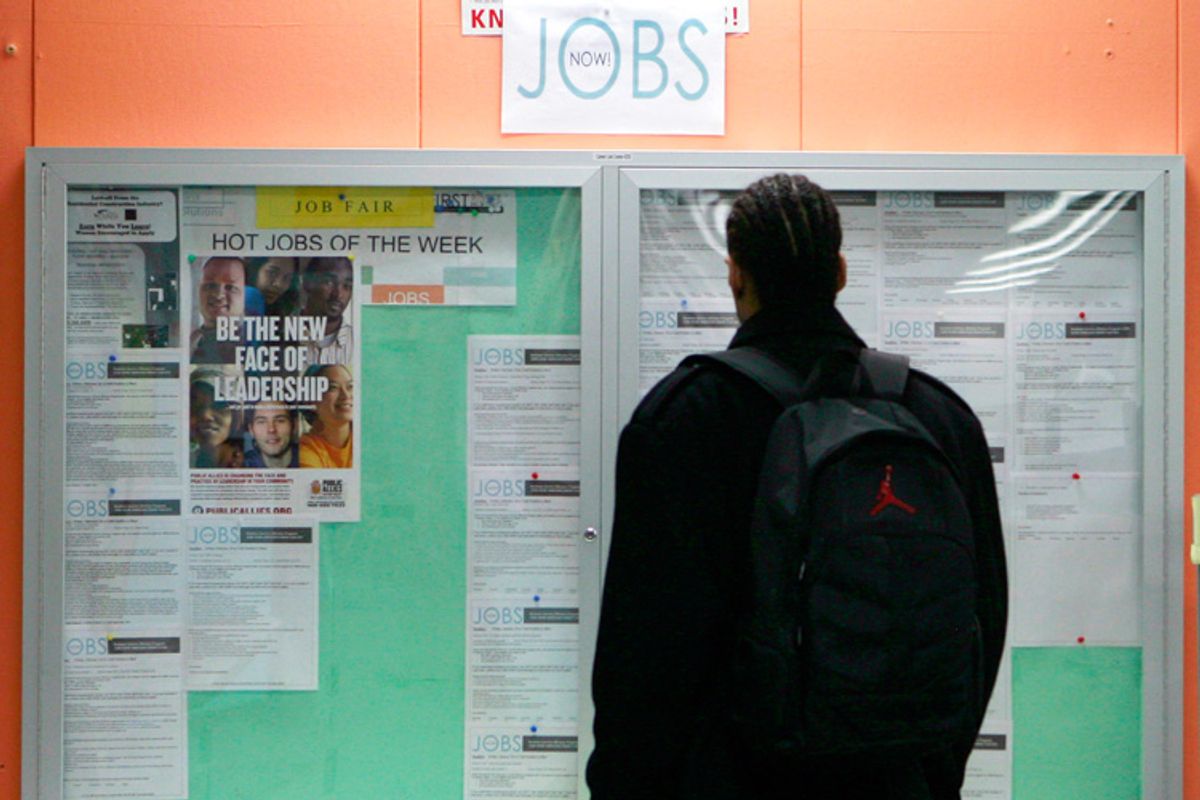 A man looks over employment opportunities at a jobs center in San Francisco.
--

Now their unemployment benefits are about to run out, and the lame-duck Congress may not have the votes to extend them. (You can forget about the next Congress.)

The long-term unemployed can’t get work because there are still five people needing work for every job opening. And the long-term jobless are often at the end of the job line: Either they don’t have the right skills or enough eduction, or have been out of work so long prospective employers are nervous about hiring them.

They’re also a big problem for the economy. Without enough money in their pockets, they and their families can’t pay their mortgages, which keeps fueling the mortgage crisis. Nor can they replace worn-out cars and clothing, or buy muchof anything else, which is a drag on the economy.

Republicans and many blue-dog Dems say we can’t afford another extension.

But these are many of the same people who say we should extend the Bush tax cuts for the wealthy for at least another two years.

Extending the Bush tax cuts for the top 1 percent would cost an estimated $120 billion over the next two years. That’s more than another unemployment benefit extension would cost.

The unemployed need the money. The rich don’t.

Moreover, the top 1 percent spends a small fraction of their income. That’s what it means to be rich — you already have most of what you want. So extending the Bush tax cut to them won’t stimulate the economy.

Yet people without jobs, and their families, are likely to spend every penny of unemployment benefits they receive. That will go back into the economy and save or create jobs.

A Labor Department report shows that for every $1 spent on unemployment insurance, $2 are spent in the economy. If you don’t believe the Labor Department, maybe you’ll believe Goldman Sachs analyst Alec Phillips, who estimates that if unemployment benefits are allowed to expire, the American economy would slow by a half a percent.

Republicans are still spouting nutty Social Darwinism. Cutting taxes on the rich is better than helping the unemployed, they say, because the rich will create jobs with their extra money while giving money to the unemployed reduces their desire to look for work.

Rubbish. The Bush tax cuts on the top never trickled down. Between 2002 and 2007 the median wage dropped, adjusted for inflation. And job growth was pathetic.

Jobless benefits don’t deter the unemployed from finding work. In most states, unemployment benefits are a fraction of former wages. And as long as unemployment remains sky-high, there are no jobs to be had anyway.

Besides, the economic downturn was hardly their fault. If anyone is to blame it’s the high-flyers on Wall Street who gambled away other people’s money, and the rich denizens of corporate executive suites who have sliced payrolls in order to show higher profits (and get more money from their stock options).

So why reward the people at the top with an extension of the Bush tax cut that will blow a hole in the budget deficit? And why fail to extend jobless benefits to hardworking Americans who got the boot?

Quick action is needed. Jobless benefits begin to lapse in just two weeks. Two million unemployed workers will be affected. If Congress fails to act, another 1.2 million will stop receiving benefits by the end of December. Most of the rest of those who now receive federal emergency extended benefits will gradually lose them.

Don’t extend the Bush tax cuts to the wealthy. Give unemployment benefits to people who need them.