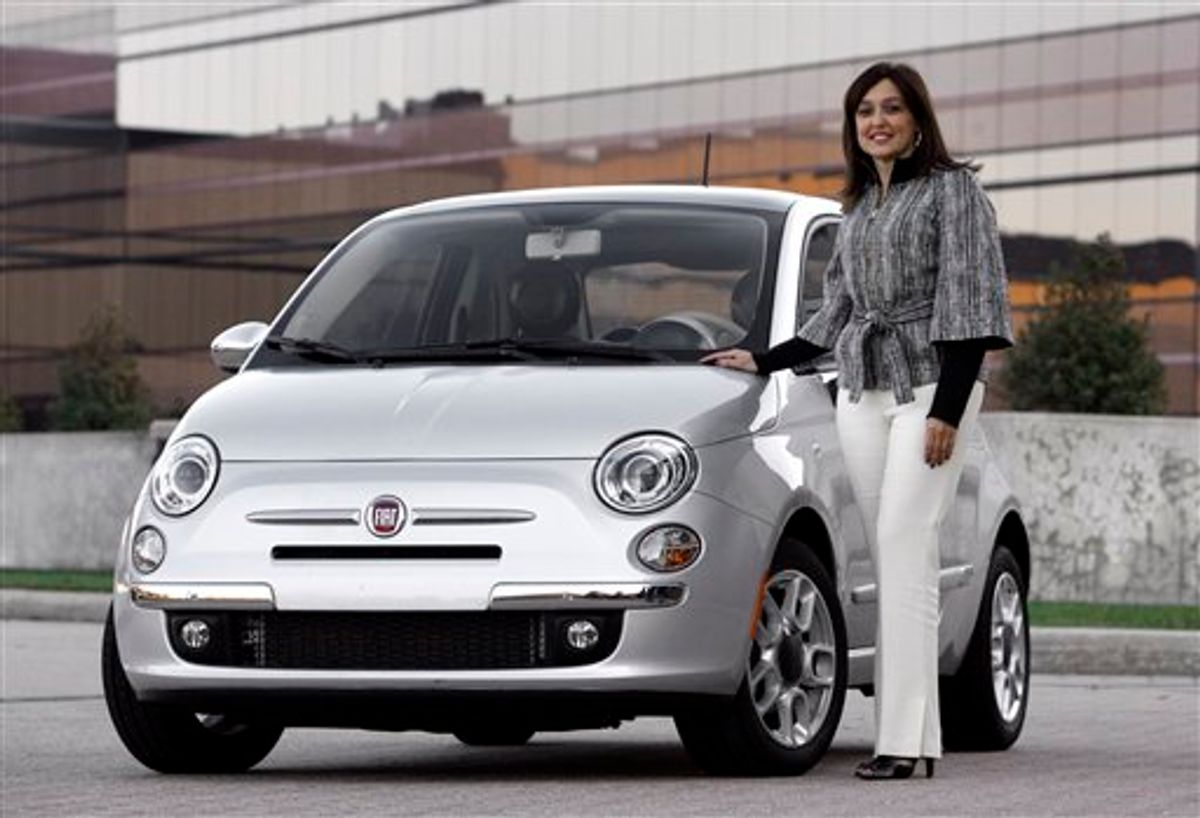 Fiat wants you to pretend the 1970s never happened. They'd rather you forget all of those jokes about "Fix It Again, Tony!" and cars that rust a month after they leave the showroom floor. The infamous Yugo was based off of a Fiat design, in fact. Well, what better way to make a second impression than with a cute makeover of a 1960s icon? And so the 2012 Fiat 500 makes its North American debut at the Los Angeles International Auto Show.

Are Americans ready for another small car?  Good question, as U.S. buyers have been flocking to crossovers and trucks this year. And make no mistake: the 500 is a munchkin, closer to a Smart than a Civic. "I don’t know that people are looking for a car that much smaller than a Mini hardtop,” sniffs Jim McDowell, head of Mini’s U.S. operations.

This launch isn't just about Fiat, either. Fiat bought a controlling share of Chrysler out of bankruptcy last year. But while General Motors roars back onto Wall Street, Chrysler still struggles to regain its footing in the U.S. market. Chrysler could probably use a cute Italian model right about now.

The car will first be available at Chrysler's brand new dealership in central L.A. later this year. If this doesn't work, Chrysler could always go back to its strategy the last time it brushed with bankruptcy: Lee Iacocca. If you can find a better car, buy it!