Feel like ruining your career and your family? Take some tips from Tony Parker and other famous pros 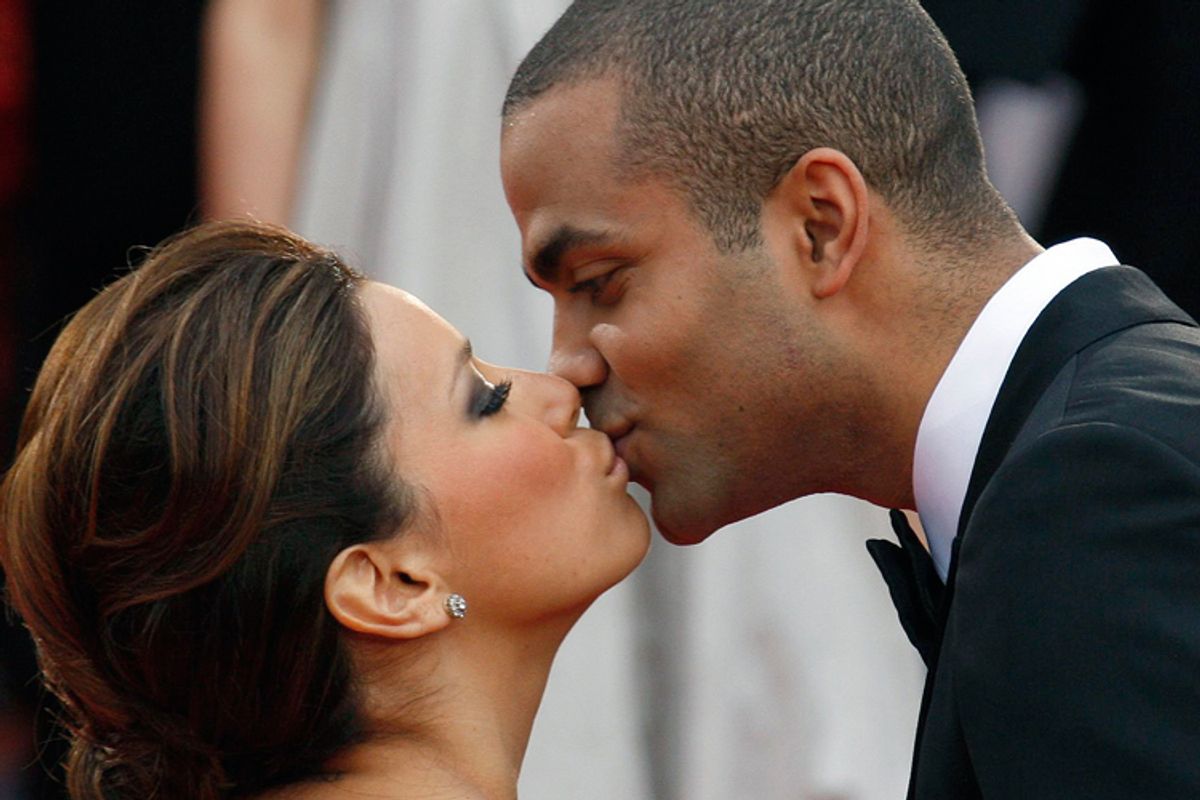 I'm not going to tell you to keep it in your pants. I'm not going to say, think of your spouse, your children, your endorsement deals and your unrealistic political ambitions. I just have one bit of advice: Don't be a moron.

When "Desperate Housewives" star Eva Longoria confirmed Wednesday that she had filed for divorce from basketball player Tony Parker it was all but inevitable what followed next: the revelation that she had discovered "hundreds" of incriminating texts on her husband's phone from the wife of a teammate. This apparently was not the first time Parker has stepped out during the marriage; he allegedly had an earlier affair with a woman he still kept in touch with via Facebook.

The tale of Parker's apparent catting around isn't surprising, given the recent epidemic of Married People Gone Wild. But what's shocking is the common theme running through so many of these tales: epic stupidity. I guess they don't call it "indiscretion" for nothing.

Before you go damaging your career and embarrassing the person to whom you have pledged your troth, permit me to call your attention to the garbage pail-shaped icon on your desktop, and to the button marked "delete" on your phone. I'm not promising they will make all your problems go away, but they surely will never burn you. Maybe you think nobody else will ever get a hand on your laptop or your phone. Imagine that Parker had assumed likewise. And if you are hanging on to any messages to the effect of "Girl u so hot" for sentimental value, disabuse yourself of the notion that you have anything in common with Robert Browning right now and just let them go.

Furthermore, take a tip from the Brett Favre school for scandal. If you, as Favre apparently did, take a fancy to a young lady and want to persuade her to get to know you better, don't leave her creepy voice mails. And please, don't send her pictures of your junk. It will not help you in the pressing of your suit. It'll just become a traffic-driving monster for Deadspin. Besides, do you really have to go out there and chase tail when tail is no doubt throwing itself at you? You're an attractive, powerful person. You work hard; you play hard. You feel, as Tiger Woods says he did, "entitled," and that "different rules" apply to you. What's the point of being you if you can't enjoy all the perks? OK, but you might want to implement a somewhat rigorous screening process for your sex partners. If she has a tattoo on her face that says "Pray for us sinners" or the words "White Power" displayed anywhere on her fridge, keep looking, my friend. Jesse James didn't, and you know the rest. And if her day job is as an adult film performer, remember that she might not be a bastion of discretion.

Which brings me to another point. Just because you aspire to be an adulterer doesn't mean you need to add "porn star" to your résumé. Consider for a moment the phrase: "John Edwards sex tape." Made you wince, didn't I?  I don't care how hot or dirty or naughty you find the idea, or how profoundly you trust that pancake house waitress. Do not. Just. Do. Not. It's called the Internet, and it never, ever forgets. Accept the hot, fleeting nature of your trysts, and weigh that bittersweet pleasure against the awkwardness of your next PowerPoint presentation when your co-workers are laughing at how your butt looks in night vision.

One other thing: Should you, despite your better judgment and my sound advice, get caught with your hand in the Cookie Jar (not her real name) don't aggravate the situation with further blunders. Think of the ongoing "What a tool" response to John Edwards, who initially denied both his affair and the child he produced from it. Remember, at the other end of the spectrum, the shudders of TMI revulsion over David Arquette's admission to Howard Stern that he and Courtney Cox had not been intimate in months and that his dalliance made him feel "pretty manly." You can stop talking now, David Arquette.

Now remember our affection for David Letterman  who, when faced with embarrassing exposure, told his late night audience, "I have had sex with women who work with me on the show ... Yes I have." Ta da! A little tact, a little thought, for the love of God, people.

It's your private life, and it's your freak to get on. I'm not going to judge it. I'm just reminding you -- this is your foot. And this is your foot with multiple self-inflicted bullet wounds. Any questions?