Samsung's new Galaxy Tab is the first serious competition to Apple's iPad, and it's about time 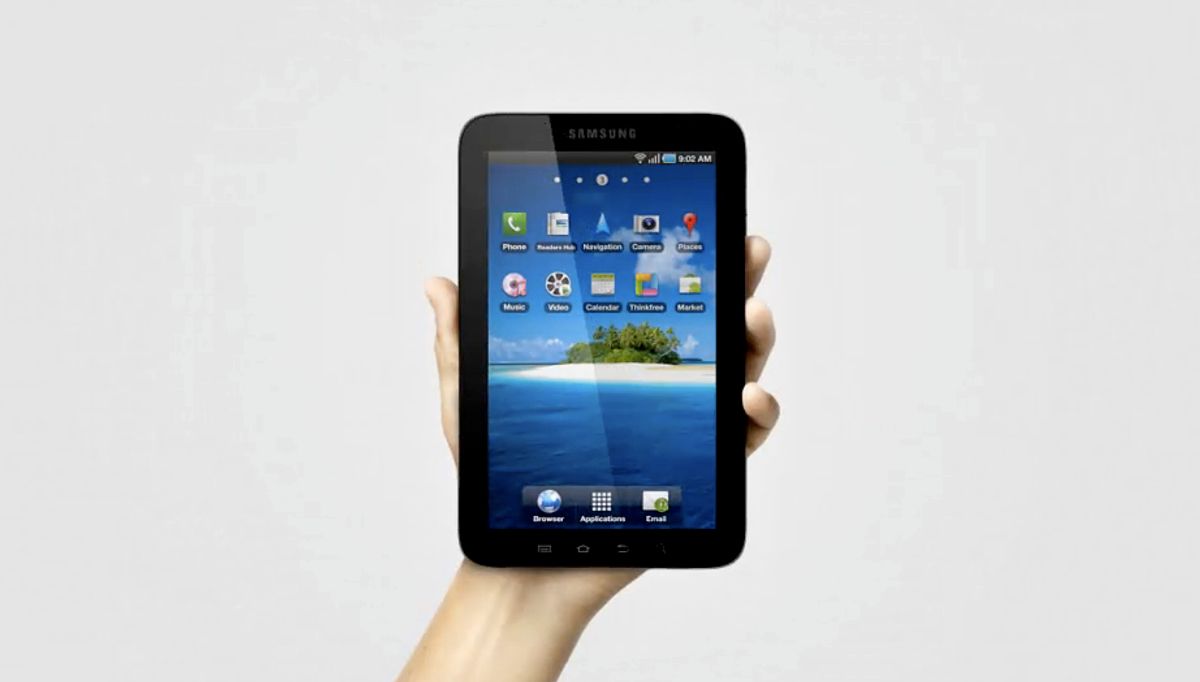 I just bought my first touch-screen computer that's bigger than a phone. It's the Samsung Galaxy Tab, a device with a seven-inch screen running the Android operating system -- the first serious competitor to the Apple iPad, heralding an era of tablet-based computing that is going to change a lot of habits.

I'll be taking a more thorough look at its many features in an upcoming post, so don't think of this as a review. Rather, consider this a welcome to the overdue competition in an arena that Apple has pretty much owned.

Now, the Galaxy Tab isn't going to dislodge Apple from its high ground, at least in terms of market share. The iPad has a lead on the competition, and Apple has created a huge ecosystem around its mobile devices -- a smorgasbord of hardware and software add-ons that Samsung and other providers of Android-based devices haven't begun to match.

But if you were looking for a choice, you have one now. And in a few months you'll have many, many more choices.

The most notable feature of the Tab is its size: almost three inches smaller (in diagonal screen measurement) than the iPad. That translates to a much smaller overall display, about half the size overall. But the Tab has a 1024-by-600 screen resolution compared with the iPad's 1024-by-768, which means that it's displaying about 615,000 pixels compared with about 785,000 on the iPad -- still less to see but not as big a difference as the difference in screen sizes suggests.

Size matters in mobile devices, and smaller is usually better. The iPad is 50 percent heavier than the Tab, about a half a pound more, and that makes a big difference if you're holding it for long periods.

In fact, the Tab's size strikes me as nearly ideal. I'm using it, among other purposes, as an e-book reader and video player, ideal for travel and for around-town activities. It's definitely not ideal for everything, as I'll explain when I do a more thorough review in the next few days, but no device can do everything you want; tradeoffs are always part of this game.

I suspect that Samsung will sell a lot of these, especially if it cuts the too-high price its resellers -- mobile phone operators -- are currently charging ($600 for a tablet without a data plan; typically around $400 with a two-year data plan). And some early anecdotal evidence supports my hunch. At a conference in Phoenix yesterday, two people told me they owned iPads but wished they'd waited.