Slow-cooking the legs in spiced fat is easy, makes them silky, finishes ahead of time, and makes the breast better 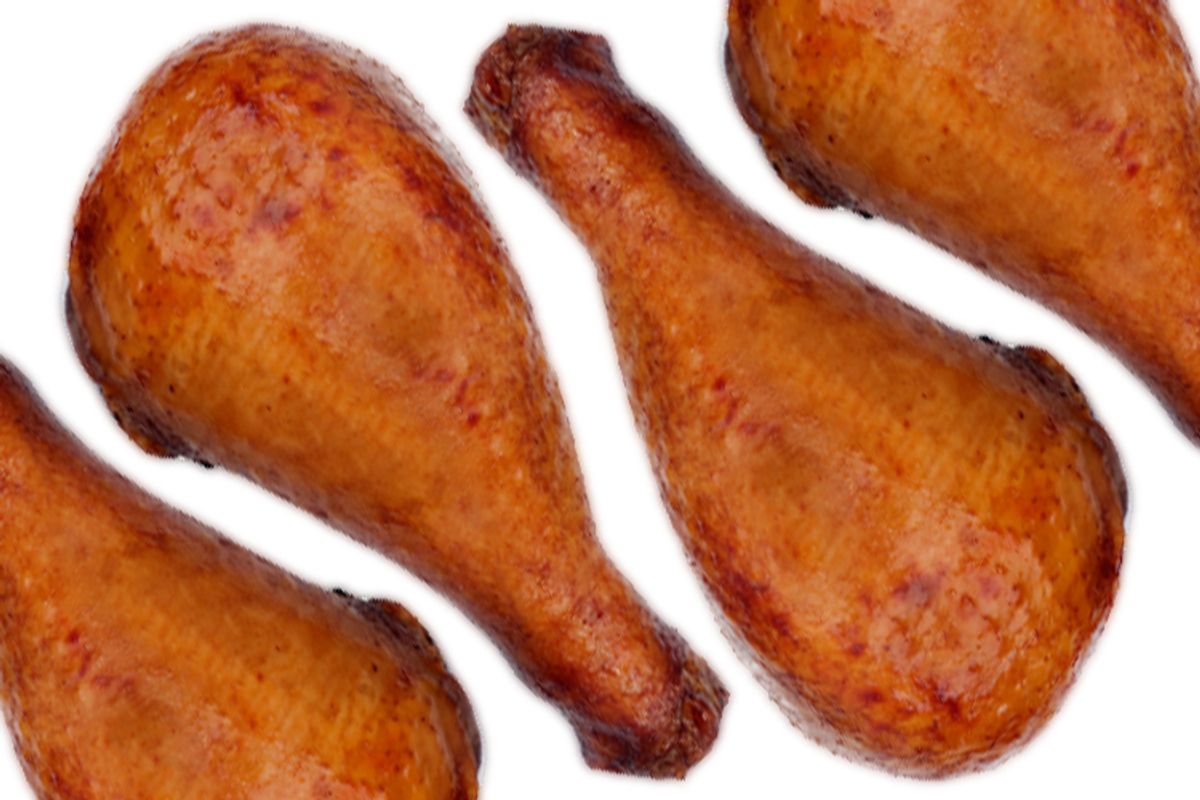 First, because I trust you, a confession, and a potentially damaging one for a food writer: I do not love turkey, sir, and I do not love turkey even on Thanksgiving Day. But, if you'll forgive me this American agnosticism, I am happy to share with you my thinking, and, all that said, the finest use for turkey since God invented birds.

Holidays are all about rituals, and rituals are all about repetition and people around you showing you, teaching you, herding you along. When I was a child, I tried, ever so hard, to bring the ritual of a big, dry, sawdusty bird to our Thanksgiving table, but my immigrant Chinese parents, raised far from turkeys, never quite saw the point. "Why eat something dry just to be like other people, when you could eat something delicious and be happy?" they asked me.

I resented their soul-sucking pragmatism, but now, decades later, ever since I've had my own oven and could go to the supermarket and buy 15 pounds of rock-frozen Butterball like anyone else, it's telling that I've never once taken the universe up on this offer. (Not even when I realized I could get fancy organic pedigreed turkeys.) Deprived of that Dad-with-the-electric-knife, Mom-in-the-gingham Norman Rockwell vision of the fourth Thursday in November, I was cast loose into the world, ran with the wrong crowd, and came to decide that, yes, what tastes good is more important to me on Thanksgiving than having turkey. And so my Thanksgiving table features things like meatballs and Southern greens and doughnuts brûlée and someone else's brown liquor. (You heard me. I said doughnuts brûlée.)

Over the next few days, I'll share with you some of these favorites and a little about why I love them for Thanksgiving, but, to be responsible, I do still need to deal with the issue of making turkey taste good.

Which, honestly, is not hard for me, not since my time in the kitchen at Higgins Restaurant in Portland, Ore. Early in my semi-glorious tenure there came Thanksgiving Day. Cooks ping-ponged around me racing to get the prep done, and since I had not yet proven myself (read: I sucked eggs), I was assigned the less-than-heroic task of pulling apart all the confit: the turkey dark meat, which had been simmered for hours in a sweetly spiced pan of duck fat.

I was eager to do well, to impress my less-than-impressed team, and so I jumped to it. It was not easy, though. Not pulling the confit apart -- that was cake, since it was so gently cooked and so well-lubricated the meat slid apart almost of its own volition. It was the not-shoving-fistfulls-of-it-in-my-mouth part that was hard. The legs' mild, gamy richness laid a foundation for the spices to sing over, with a finish in the flavor that lasted for minutes.

But, more important, if turkey's main culinary challenge is its tendency to get desert-dry, turkey confit obliterates this problem. First, the difficulty of roasting a whole bird is that the white and dark meat are done cooking at different temperatures: the breast at 150º-160º, and the thighs and legs at 170º. So, while waiting for the legs to finish cooking, that poor breast is just writhing in agony, squeezing away all its juiciness. Separating them means you can do justice to both parts of the bird. Second, well, if your breast still doesn't turn out, the slipping-through-the-fingers succulence of turkey confit will let you forget all about it!

If your family loves having an impressive beast to carve at the table, though, I'd suggest simply cutting the dark meat off, roasting the breast by itself (though it will take far less time), and treating the legs and thighs (and wings, too) to a nice confit bath. Oh, and you can even make the confit days ahead and just reheat it gently when it's time to serve.

How to cut the legs and thighs off

If you're nervous and have never done this before, relax. It'll be easier and less savage than you think. With the turkey on its back and its neck pointing away from you, feel for where the thighs are actually connected to the body at the joint. Hold the leg where the drumstick meets the thigh, pull it gently away from the body, and with a sharp knife, cut through the flap of skin that's stretched taut to loosen the leg. Now bend the leg and thigh back, away from the body, to pop out and expose the joint where the thigh connects. Cut though that joint (the tip of the knife can help you pry it open) to release the whole thing. Now use your knife to find the joint between the drumstick and the thigh, and cut through that as well. Don't worry if your cuts aren't, well, surgically precise. Repeat on the other side.

Adapted from Higgins Restaurant and Bar

Tomorrow: A new take on sautéed greens. You gotta get your veggies, too!