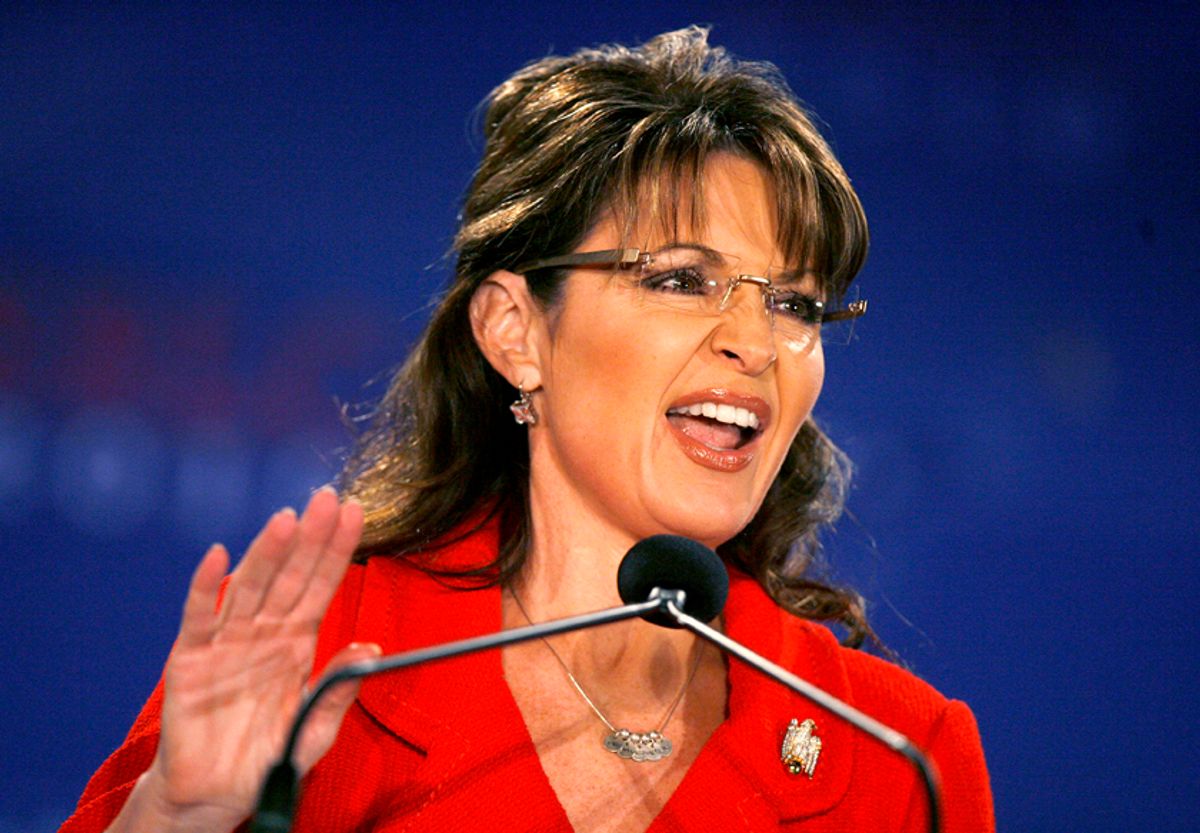 Top Palin aide Randy Scheunemann has been a paid lobbyist for Soros' Open Society Policy Center for nearly a decade, pulling in over $150,000 for his firm, Orion Strategies. Scheunemann's work for Soros has focused on sanctions and democracy promotion in Burma.

Keyes, responding to this, smells a rat:

Considering the source, I'm sure many wishful and well-intentioned Palin fans will be moved brusquely to dismiss this information as an isolated fact being exploited (as usual) by another one of Palin's leftist abusers. Yet the telltale flaw in Palin's supposedly conservative credentials is a proven penchant for relying on advisers who mislead her into decisions that are anything but conservative. I have thoroughly analyzed the results in a number of articles you can read at my blog, Loyal to Liberty ― Palin drops the other shoe," "Sarah Palin -- personally pro-life, but …?" "Is Palin's lead a pitfall for the pro-life cause?" "Why is Palin raising McCain?" and "Palin's choice: An afterword."

George Soros provides funding resources for activism that undermines the American constitutional republic. The details of his largesse confirm the fact that this activism is at work in both the Democratic and Republican parties. With one hand Soros instigates the openly leftist push for global, totalitarian socialism characteristic of the Obama faction. With the other he quietly promotes the self-serving crypto-socialist agendas that hide behind the mask of conservative rhetoric put on by Republican leaders in the McCain/Palin mold. As a result, in 2008 the sham two-party system offered a choice between the Soros-backed partisan network of John McCain and the Soros-backed partisan network of Barack Obama. Will a GOP nominee like Palin assure the same sham alternative in 2012?

It's not inconceivable that the Soros question could become a liability for Palin if she opts to seek the Republican presidential nomination next year. It would be a rare opportunity for Palin's opponents to attack her from the right, as Keyes did today. So don't be surprised if Scheunemann drops the Soros account in the coming months.