Sometimes things go wrong. Pies fall out of your hands. That's why you need this brilliant Plan B 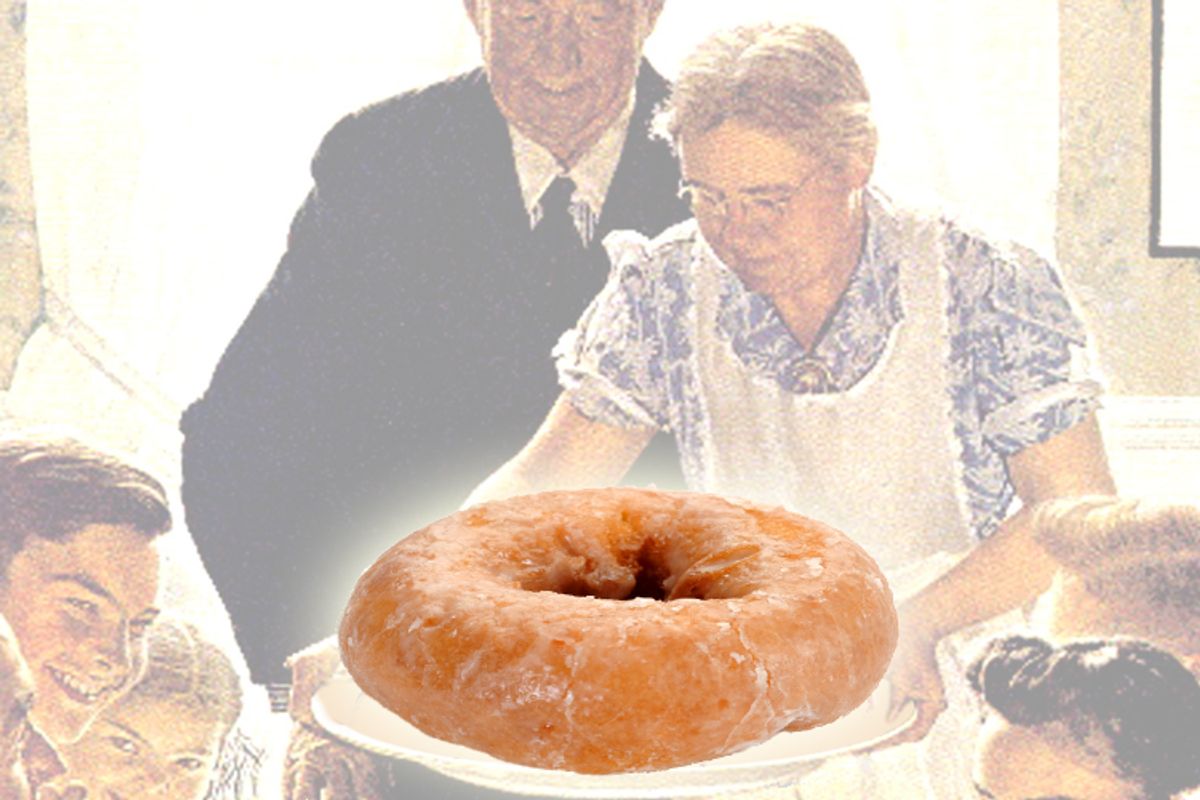 Everyone knows Thanksgiving dessert is all about pumpkin pie, just like dinner is all about turkey and mashed potatoes and stuffing and insert-Uncle-Bennie's-once-a-year-specialty-here. This week, we've offered you a few unusual ideas and recipes for new or unconventional traditions for the holiday. But we haven't touched on the greatest Thanksgiving tradition of all – the WTF OMG freakout.

I am a firm believer that Thanksgiving dinner should not be an exercise in discovering your panic attack trial time. And yet, year after year, food magazines and websites flash their neon disaster-porn nudie signs: DON'T JUMP! FINALLY, A STRESS-FREE THANKSGIVING. It's cynical culinary fear-mongering at its worst, and it doesn't mean we're entirely above it here at Salon Food. Because there are, sometimes, occasions to freak out. Like when you drop your pie on the way to the table. I hate to even bring it up, but as someone who 1) was That Guy who slipped on his way to getting a diploma at high school graduation and was also 2) That Guy who celebrated a friend's housewarming by tripping up the stairs and sending my lovingly made pot of homemade hot fudge flying all over the living room, I feel like it's important to have and to share emergency go-tos.

And my greatest emergency dessert go-to is unparalleled in its showstopper points-to-minutes-spent ratio, a little something I picked up from a diner in Charlottesville, Va., called the White Spot. Say hello to my little friend: crackly, caramelized doughnuts.

Gussied-up doughnuts? What did you expect, a 30-second microwavable yogurt sponge cake good enough to serve in a four-star restaurant? You go to my man Michael Laiskonis for that. The ace up my sleeve came from a menu that also features a dish of sausages and gravy called "ONE HELL OF A MESS." But that doesn't take anything away from the startling surprise and the utterly satisfyingly pleasure of biting into a warm, squishy, chewy doughnut whose glaze unexpectedly crackles with a caramel shell.

The key is in sugar's always-amazing ability to take the form of syrup, chewy candy or brittle glass, with just temperature as the cue for these transformations. Once you recognize that the glaze on a doughnut is really little more than pure sugar, it's not a hard leap to understanding that, with a little sear on a hot pan, you can turn that thin coating of sugar into caramel, and let it cool into crispness. Serve it with some ice cream, and you're givin' 'em something to talk about.

So I wish you the best of luck in your Thanksgiving adventures. But while you're shopping, you might want to slip a little box of glazed doughnuts into your cart, just in case.

Adapted from the oddly named Grillswith, at the White Spot in Charlottesville, Va.

Oh, and by the way, here are some links that might come in handy as you gear up for Thanksgiving. Enjoy!: