I always knew I was a girl

For decades I struggled in a male body that felt painful and false. At 53, I finally began my transition 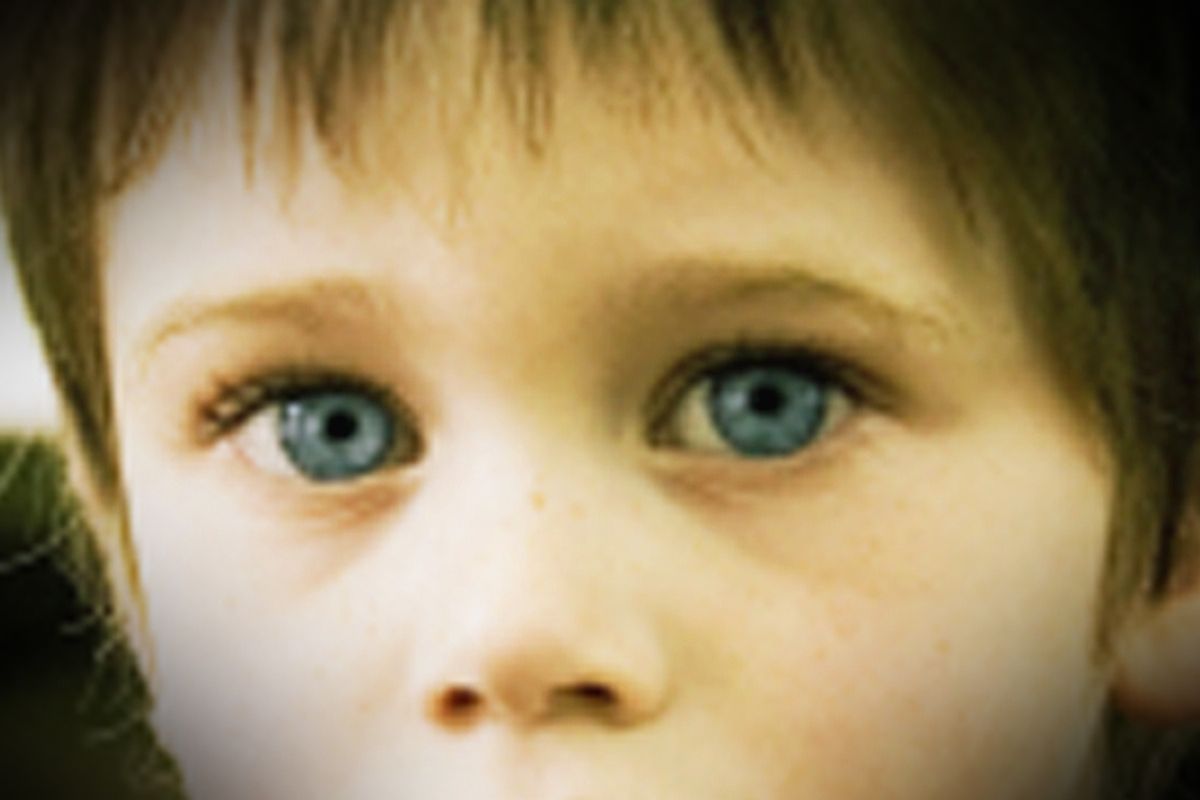 I was born in 1955 at the Salvation Army Home for Unwed Mothers in Denver and put up for adoption eight days later. The couple who took me a few months later had no idea what they were in for. They were farmers, living on a homestead halfway between Denver and the Kansas border.

I have always known I was a girl. If you've read anything about transsexual people, you have heard those words before. In that little house on the prairie I remember dressing up in my mother's satiny nightgowns and wearing her lovely church hats as she snapped photos of her cute little boy. She thought I was darling, and I was sure I would grow up to be just like her.

In first grade I avoided boys like the plague. Boys called me "sissy" and "cry baby" and beat me up. My teacher didn't like me separating from the herd, though, and one day, when she caught me playing with a girl, she hauled me in front of the class and spanked me. That was the day I decided to pretend to be a boy. I realized what being a girl meant: being punished.

In childhood I had recurring dreams about my birth mother. She was an angel coming down from heaven, scooping me up in her arms and carrying me away from the madness. In another dream, I stood on a crowded sidewalk in front of a Denver theater when I locked eyes with a kind woman, and it was as if we both knew: I was her little girl. I would awake in a panic, tears streaming down my face. I became obsessed with finding her. I felt certain only she could make this mess right again.

School was hell. I ran away from home at 13, hitchhiking to Denver to find my birth mother. (I even checked the theater from my dreams; she wasn't there.) I survived for three months panhandling for McDonald's hamburgers, sleeping on pews in St. John's Church if I got there before the doors closed for the night. For a few weeks I lived with three prostitutes who took care of me, shielding me from their business with a simple rule -- if the window blinds were closed I had to stay outside. When my parents found me, they committed me to a psychiatric hospital. They hoped I'd find some normalcy; instead I found drugs. I lost myself in that life for years.

But in 1986, the reunion I'd longed for all my life finally happened. After my adoptive mother died, my adoptive father gave me some paperwork that enabled me to find my birth mother. After 31 years apart, we met. It was glorious.

"I was certain that you were a girl," she told me. "I'd had a girl two years before you, and your pregnancy was absolutely identical to hers." How I adored my mother. I have yet to meet a finer woman then she. But I couldn't share my deepest secret, not even with her: She was right. I was a girl.

I struggled for decades to get over that feeling. I felt envy when I saw any woman. "That should be me," I would think, staring at the soft swing of her dress, the breasts that bounced lightly underneath a fuzzy pink cotton sweater, the lacquered nails that clicked on the countertop. My body felt like a sick joke. I never once realized that down the road a few hours south of Denver was the small town of Trinidad, also known as the "Sex Change Capitol of the World" for the pioneering work Dr. Stanley Biber began in 1969. His world-famous client Dr. Marci Bowers, sometimes called the "Rock Star," still practices there, performing over 120 genital reassignment surgeries annually. It was also my birth mother's hometown.

In May 2008 I watched the film "Ma Vie en Rose" and was shaken to my core. The story of a young Belgian boy who wore dresses and jewelry, who threw violent tantrums when he had to get a haircut left me crying for days. I went online to find out more about the movie, and that's when I first saw the word "transgender." I found a transgender social club in Sacramento and immediately joined its Yahoo Group. It was there that I first learned about transitioning from male to female. And thanks to the club's encouragement, on June 6, I walked into a department store and bought my first dress, a vivid floral print in a loose, flattering cut that came just to my knees. I had my makeup done at the Clinique counter, reveling in the glamor of the fire-engine red lipstick, the eye shadows in a dozen glittering pastels. I bought my first pair of heels, simple black pumps with a conservative two-inch heel. Finally, at 53, I was beginning to feel like myself.

Within a week, I threw out all my boy clothes and replaced them with women's clothing bought mostly at second-hand stores and discount outlets. I liked dresses but I was mad for skirts, those fluttering fabrics so perfect to twirl in. My heart swooned for the shoes, especially heels with those dainty little ankle straps, which I bought in a rainbow of colors. And don't even get me started on the rhinestones.

I was determined to transition. My workplace medical insurance company provided me with a primary care doctor, an endocrinologist and a psychologist who were all transgender specialists. I learned that I had to live as a woman for at least a year before I could have surgery. But what I could do immediately was start hormone replacement therapy. I also went to court and had my name legally changed.

Of course, I was terrified the changes would leave me destitute and friendless, that I would wind up dead in a ditch somewhere, victim of someone else's fist. The first time I dressed up in my hometown, I went to the county fair. At closing time, I couldn't find my car in the dark parking lot and as I wandered around, some cowboys drinking beer on the hood of their truck heckled me. I found my car before anything worse could happen. But I knew there would be more encounters to come.

Lucky for me, I had nothing to fear at work. When I came out to our company president, he sent an e-mail to the whole organization (with my permission) stating that I was transitioning from male to female, and that I was to be treated with the same respect and dignity of any other woman. My 650 co-workers fully accepted me, as did most of my family.

But how would I afford the three costly surgeries I would need to live fully as a woman? I had no savings and was living from paycheck to paycheck. The process would leave me $40,000 in debt. Still, I knew having a body that would finally match how I felt inside would be worth anything. For that, I would pay any price.

My surgery took place in March 2009, in a hospital in Trinidad, Colo., just a few blocks from my birth mother's grave. I woke up in surgery in a room filled with birth relatives who had come to support me. Dr. Bowers sat beside me on the bed. "Each time I do this surgery I try to do it better than before," she told me. "There is just one word for your result – perfect." The room broke into applause, and I was so touched that they had come, so relieved to be on the better side of this struggle that all I could do was cry with joy. The second day after surgery I walked a mile and a half, nearly five miles on day three. My recovery was so rapid I was discharged early.

My transition didn't come without costs. Some family members won't talk to me anymore. Some friends don't come around. I am saddled with a debt that will take years to pay off, and I have a long road of electrolysis ahead of me. Many strangers see me as some kind of freak. I still get nervous when I have to use a public restroom. But I know I'm one of the lucky ones. I was given a chance to live a life I'd given up on years before. I have no regrets about any of this. I am the most grateful girl in the world.

Rev. Elena Kelly is an activist minster to the LGBT community in California's Central Valley. She is engaged to a writer, and they are working to get legally married. Elena can be reached at elena.kelly@comcast.net.

Rev. Elena Kelly is an activist minster to the LGBT community in California's Central Valley. She is engaged to a writer, and the two of them are working for the chance to get legally married. Elena can be reached at elena.kelly@comcast.net.