Did DC's top ethics cop break her own rules?

When the head of an ethics watchdog teams up with a corporate lobbyist, questions arise about her past work 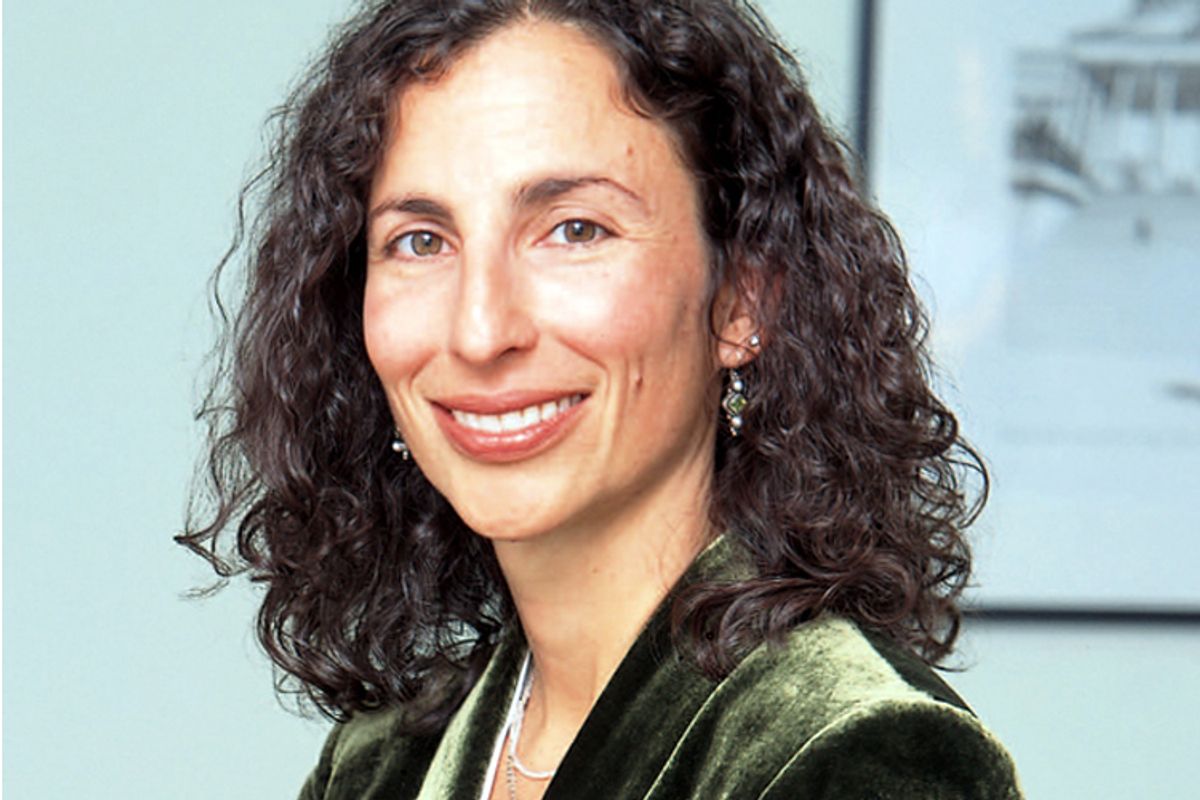 When the executive director of a prominent Washington ethics watchdog group goes to work for a well-known corporate lobbyist, it's bound to raise a few eyebrows.

But in the case of Melanie Sloan of Citizens for Responsibility and Ethics (CREW), who last week announced she is joining the new firm of lobbyist Lanny Davis, there's another layer of intrigue: Sloan came under fire over the summer for appearing to go to bat for the for-profit schools industry, which is currently a paid lobbying client of Davis. At the time, Sloan and CREW explicitly cited a column Davis wrote defending the for-profit industry. Now, Sloan is going to work for Davis.

In interviews with Salon, Sloan and Davis both said that the concatenation of events is a pure coincidence. But the developments cast a different light on Sloan's -- and CREW's -- past work on the for-profit issue. The situation is analogous to a senator who stood up for industry interests on the energy committee retiring and promptly going to work for a firm that represents Exxon Mobil.

Here's what happened in the CREW case: Over the summer, a high-stakes fight was unfolding in Washington over whether to issue new regulations on the lucrative for-profit schools industry (University of Phoenix is the best known), which makes its money from federal student loans. When students default on the loans -- and they do at a greater rate at for-profit schools -- the taxpayer foots the bill. The Department of Education wants to limit the amount of federal student aid that ends up at for-profit schools where students have the lowest loan repayment rates. Naturally, the industry is fighting this tooth and nail.

It was in this context that the Senate Health, Education, Labor and Pensions (HELP) Committee took up the for-profit schools issue in June. One of the witnesses at the hearing was a prominent critic of the industry, Wall St. investor and famed short seller Steven Eisman. A trade group for the for-profit schools industry unleashed a coordinated attack on Eisman, saying that he was trying to push down stock prices of companies on which he had a short position. On the other side, progressive defenders of Eisman who favor the new regulation argue that he is a credible analyst precisely because of "his willingness to bet that the fundamentals of those companies are as weak as his analysis suggests."

And Eisman did disclose that he had a financial interest at the Senate hearing. Despite that fact, CREW's Sloan wrote several letters and columns denouncing his appearance. At the same time, CREW -- which typically focuses on ethical improprieties by members of Congress -- ignored the financial interest of an industry executive who also testified at the hearing. CREW's attacks on Eisman -- and a column by Davis in a Capitol Hill newspaper -- echoed the talking points of the for-profit schools industry in its moment of need.

Sloan maintains that CREW's work on the issue was motivated purely by a sense of ethical outrage at short sellers trying to manipulate the market.

Here's a timeline of what happened, with help from previous reporting by the American Prospect and Kay Steiger:

June 23: Lanny Davis op-ed appears in The Hill newspaper, titled "Transparency by 'shorts on 'for-profit' schools needed, too." He pre-emptively criticizes Eisman, who is set to testify before the Senate committee the next day, for lack of disclosure of any short positions in his prepared testimony. (Eisman does reveal that he has a financial interest at the hearing the next day.) The rest of Davis' column heaps praise on for-profit schools (or, as Davis calls them, "private-sector colleges"), going on for four paragraphs of talking points and statistics often deployed by the industry.

Davis' argument echoes a speech given that day by the head of the industry trade group, the Career College Association, who argues that Eisman will "twist the truth to serve [his] self-interest."

June 24: Eisman testifies before the Senate HELP committee, calling for-profit schools "marketing machines masquerading as universities" and warning that there could be $275 billion of defaults on federal loans in the for-profit industry over the next decade.

June 30: Politico runs a piece, "Short sellers flag school stocks," that quotes the head of the for-profit schools' industry group -- which is identified in the piece only by its uber-generic name, the Career College Association -- again slamming Eisman as self-interested.

July 1: Sloan, writing as the executive director of CREW, fires off a letter to Sen. Tom Harkin, the chair of the HELP committee, demanding that rules be changed to disallow Eisman from testifying. The letter, which cites Davis' column, flatly claims that Eisman will profit from a "predictable down-swing" in shares of the for-profit schools companies following the hearing.

Davis' op-ed is attached to the letter as "exhibit A." The Politico piece is "exhibit B."

August 18: Sloan writes a Huffington Post column that starts by making unspecific calls for more scrutiny and regulation in the industry, then goes on to directly attack the proposed regulations.

"...[T]here may be a concerted effort by those who stand to benefit financially to drive down the stock price of certain for-profit schools," she writes. "Knowing this, how can we be sure that the new regulations the Department of Education is proposing are really in the best interest of the Americans most likely to attend these schools?"

That seems to cross the line from commenting on the appropriateness of short-sellers testifying into out-and-out issue advocacy.

Sept. 17: Davis registers as a lobbyist for a for-profit schools group called the Coalition for Educational Success and starts issuing press releases as the official spokesman for the group. He is paid $40,000 through the end of September, lobbying records show.

Davis tells Salon he didn't start working for the group until three months after his June 23 Hill column, but acknowledges that "I think that somebody read my column from one of the for-profit colleges. I dont know exactly why they called me."

Nov 19.: Davis' new "legal-crisis management firm" announces it is hiring Sloan to focus on congressional investigations. Davis tells Salon that he does not expect Sloan to work on the for-profit schools account.

Sloan said in an interview Monday that she didn't speak to Davis about joining his firm until Sept. 22. Even though she cited his column in her July letter attacking Eisman, she maintained that she never spoke to Davis about for-profit schools until last month when she recognized it might be perceived as an issue.

"It was a coincidence" that CREW cited Davis' column in July, Sloan says. "This is not any different than anything else CREW does where people automatically ascribe a motive to us -- it's not true." She argues that there is disturbing evidence that short sellers are pushing the new regulations, adding that "I'm really comfortable with where we are on this."

Still, the saga adds up to a remarkable string of events: Davis, CREW, and the industry trade group all advance the same attack on Eisman over the summer. Then the industry hires Davis; then Davis hires CREW's Sloan. While Sloan and Davis say it's nothing more than a coincidence, it's difficult to look at CREW's past work in this area in the same light.