The pollster and ultimate Fox Democrat 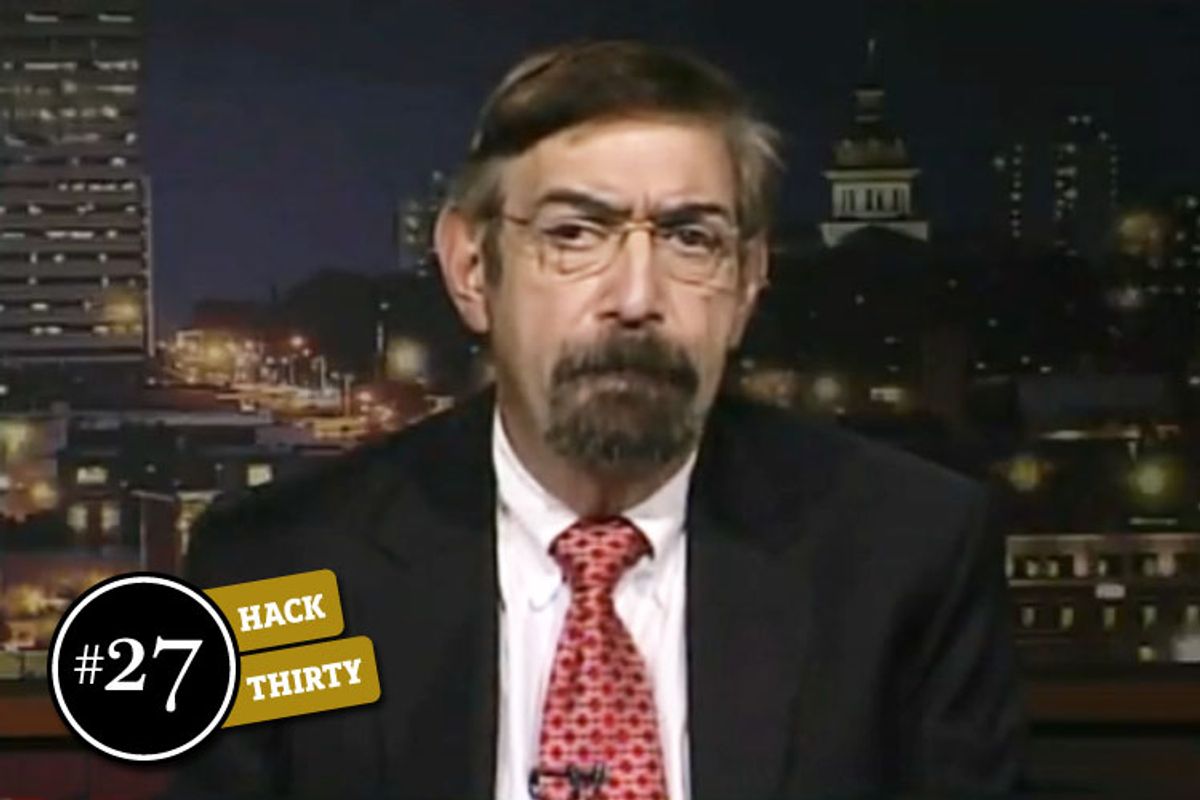 Pat Caddell is the epitome of a Fox Democrat. He was a high-level party apparatchik in the distant past and can theoretically still be referred to as a Democrat, but he'll reliably repeat every idiotic right-wing talking point that comes down the pike. And he doesn't just do it on Fox. With his partner in failure, fellow former Democratic pollster Mark Schoen, he also pens a never-ending series of ponderous editorials (printed, usually, in the Washington Post or the Wall Street Journal) about how the Democrats are wrong, stupid and doomed.

He has been arguing more-in-sorrow-than-in-anger for years that Joe Lieberman should be embraced, that George W. Bush shouldn't be criticized, that no one should oppose the war in Iraq, and that the Democrats mustn't attempt to pass healthcare reform.

You may ask, at this point, what the Democrats are supposed to actually stand for if they're not supposed to try to pass healthcare reform, a basic party plank for generations. But Caddell never has that answer. All he can say is that Democrats mustn't ever act like Democrats if they want to win the next election.

His Op-Eds with Schoen are generally so insipid and divorced from observable reality that they're practically guaranteed publication in our major newspapers. (Barack Obama is intentionally dividing America with his constant race-baiting and horrible partisanship!) His last one reached new heights. He and Schoen argued that, for the good of the nation, Obama must announce now that he will not seek reelection in 2012. (It was not disclosed that Schoen works for would-be 2012 independent candidate Michael Bloomberg.)

Caddell still occasionally goes to work for Democratic candidates. They're always insurgent campaigns, and they always lose (e.g., Jerry Brown in 1992 and Andrew Romanoff in 2010). But while I'm sure he still considers himself a liberal, his mind has been so twisted by his hatred for the party establishment and his years of service in a right-wing propaganda mill that he no longer holds a single serious liberal belief. (The environmental movement, he said in a rant that ended his association with the Romanoff campaign, is a conspiracy "to basically deconstruct capitalism.")

I'm telling you right now, the movement on the war on terror in Iraq have moved substantially, and I've just finished 40 hours of analysis on this. It's amazing. This is -- I don't think that's the issue the Democrats ought to be campaigning on, frankly.