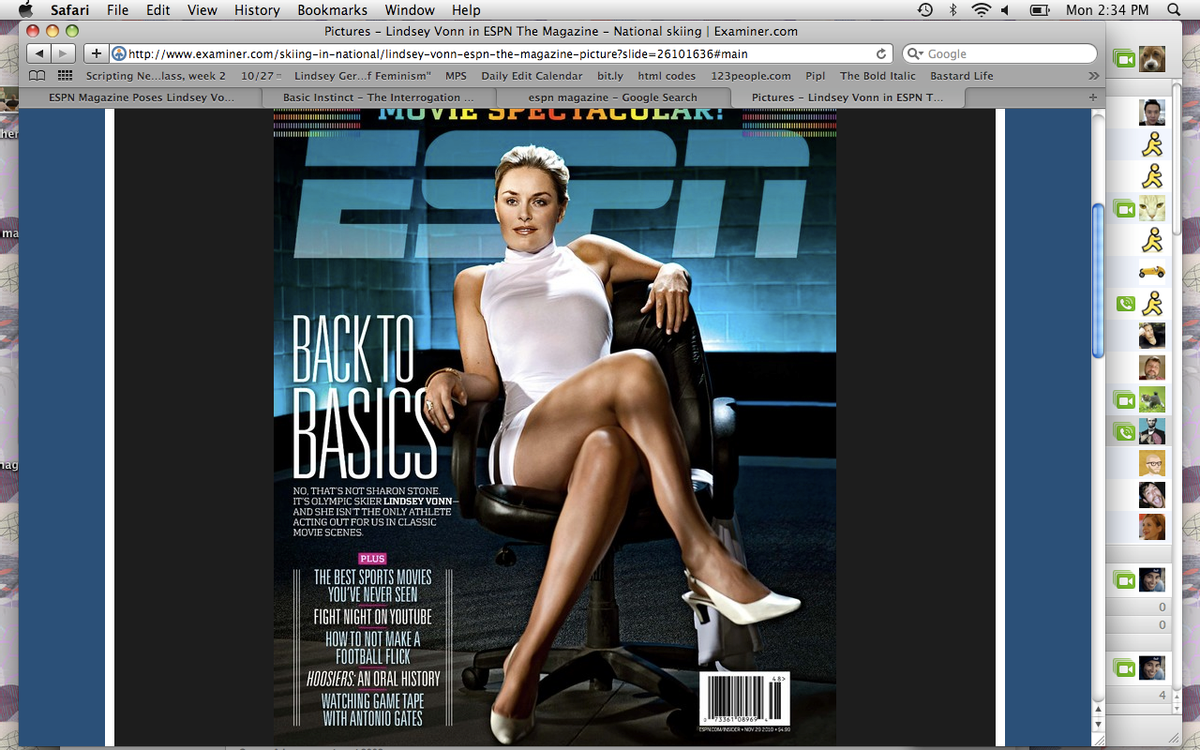 Olympic gold-medalist Lindsey Vonn has recreated that scene from "Basic Instinct" on the cover of ESPN magazine. And by "that scene" I do mean the one in which Sharon Stone infamously flashed her naughty bits to the world. It's the magazine's movie issue -- why ESPN has a movie issue, I do not know -- and it boasts a bunch of athletes reproducing classic film scenes. The headline accompanying the saucy cover photo is, wait for it, "Back to Basics." Funny, I thought the magazine's Body Issue -- which came out just a few months ago and features exquisitely athletic naked bodies -- was a return to "basics." But it doesn't get any more basic, or base, than paying homage to the most famous crotch shot in cinematic history.