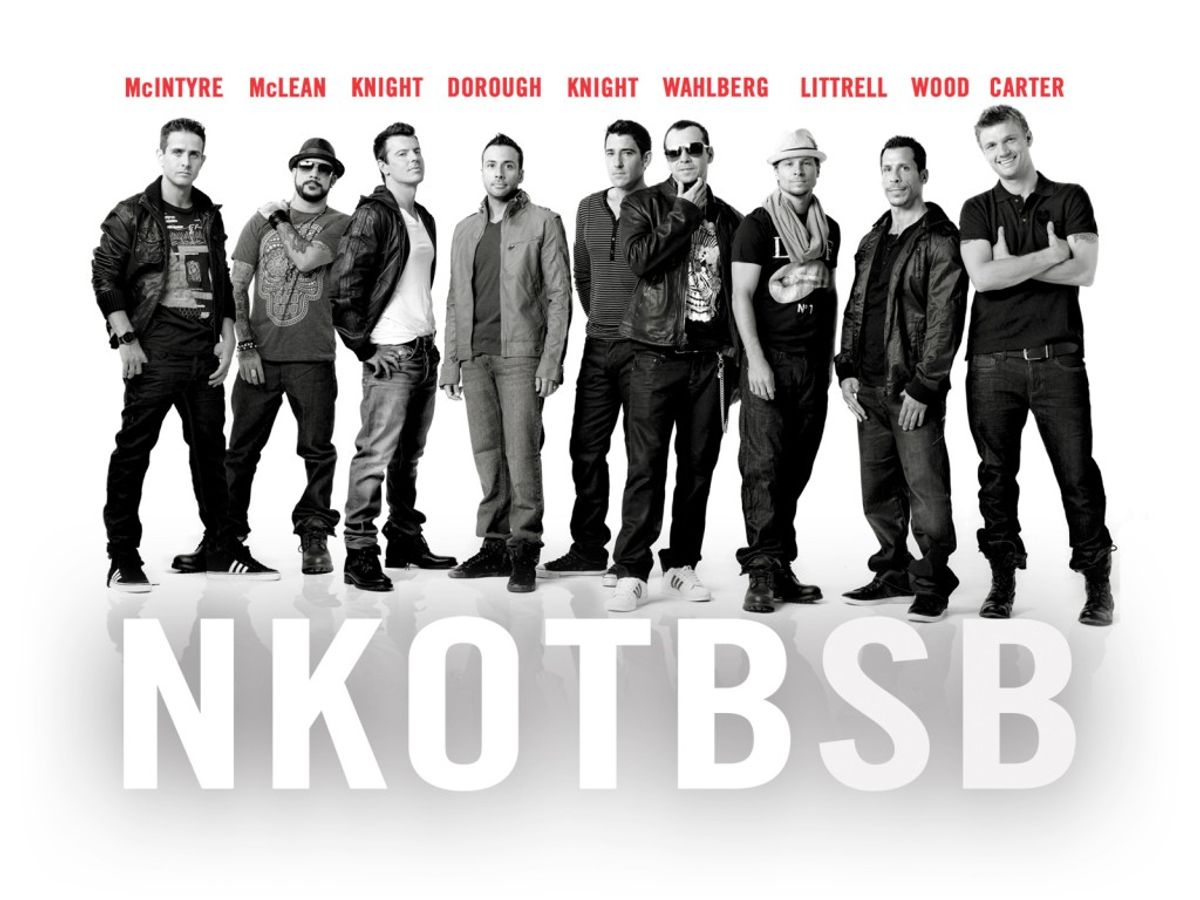 New Kids on the Block and the Backstreet Boys
--

Justin Bieber came out four for four at last night's American Music Awards, but the loudest buzz about the evening is the confirmation of the touring union of two of the most colossally popular performing acts in musical history: New Kids on the Block and the Backstreet Boys.

The two groups, sans Marky Mark, teamed up to perform the last act at the AMAs, complete with pyrotechnics, cheesy choreography and atonal singing. The crowd loved it though: The supergroup to be henceforth known as NKOTBSB brought the house down with their mash up of hits from each band's platinum selling records.

It's been speculated for months that the two groups, the epitomes of boy bandness, would be touring together, but now tickets are on sale and members of the nine guy uber-group are talking up their collaberation.

While this may be a dream come true for boy-band fans, hardly any of the members of NKOTBSB are "boys:" The youngest member, Nick Carter, is 30.

Fans who are themselves (maybe) past the days of hanging Calvin Klein-clad Mark Wahlberg posters on their bedroom walls and slow dancing to "I Want It That Way" were so over-zealous when the tour was announced that they crashed both NKOTB and BSB's websites. Eighteen more tour dates have been added to meet demand.

It's 1996 all over again! Pop2It just wishes *NSYNC would stage its own comeback tour.