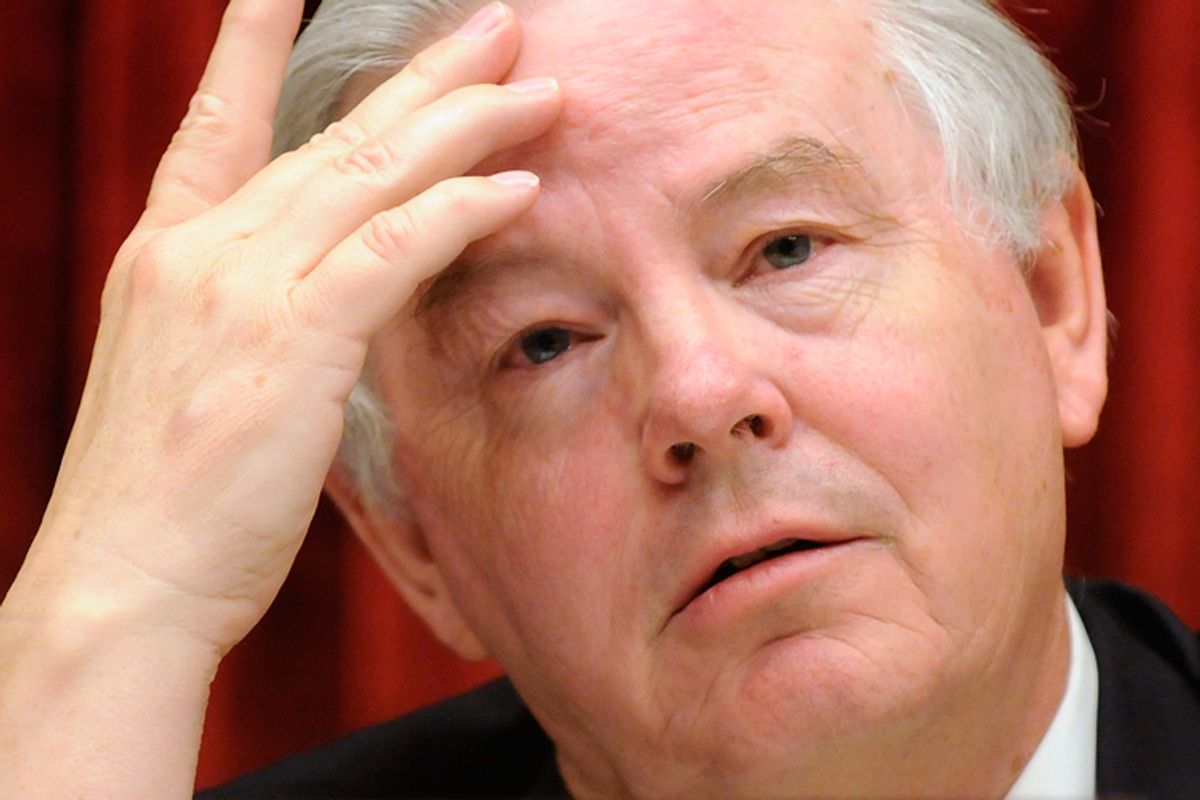 A couple of years ago, Rep. Joe Barton, R-Texas, asked a statistician named Edward Wegman to produce a report that would cast doubt on climate change science, because Barton -- then the chairman of the House energy committee -- is less a citizen legislator than the whims of the oil and gas industries made animate and elected to Congress.

The report criticized some statistics used to prove that the last century was the warmest one in centuries, which means it proved that global warming is pretend, in the eyes of most Republicans. (Although a follow-up report by the National Research Council "found that Wegman report-style criticisms of the type of statistics used in 1998 and 1999 papers reasonable but beside the point, as many subsequent studies had reproduced their finding that the 20th century was likely the warmest one in centuries.")

And also huge chunks of the whole thing were plagiarized -- from the textbook written by one of the attacked scientists himself, and from Wikipedia.

But in March, climate scientist Raymond Bradley of the University of Massachusetts asked GMU, based in Fairfax, Va., to investigate "clear plagiarism" of one of his textbooks.

Bradley says he learned of the copying on the Deep Climate website and through a now year-long analysis of the Wegman report made by retired computer scientist John Mashey of Portola Valley, Calif. Mashey's analysis concludes that 35 of the report's 91 pages "are mostly plagiarized text, but often injected with errors, bias and changes of meaning." Copying others' text or ideas without crediting them violates universities' standards, according to Liz Wager of the London-based Committee on Publication Ethics.

Yeah, well. Wegman is under investigation by George Mason University. But Joe Barton! Joe Barton's still with us. And the Republicans just took back the House, which means Barton has a decent shot at winning back the chairmanship of the House energy committee. (Though some other Republicans are slightly embarrassed by him, so you never know -- it might end up being some other person in the pocket of the oil and gas industry who denies the existence of climate change.)