In the uproar about scanners and pat-downs, no one seems to have noticed that one group is exempt from inspection 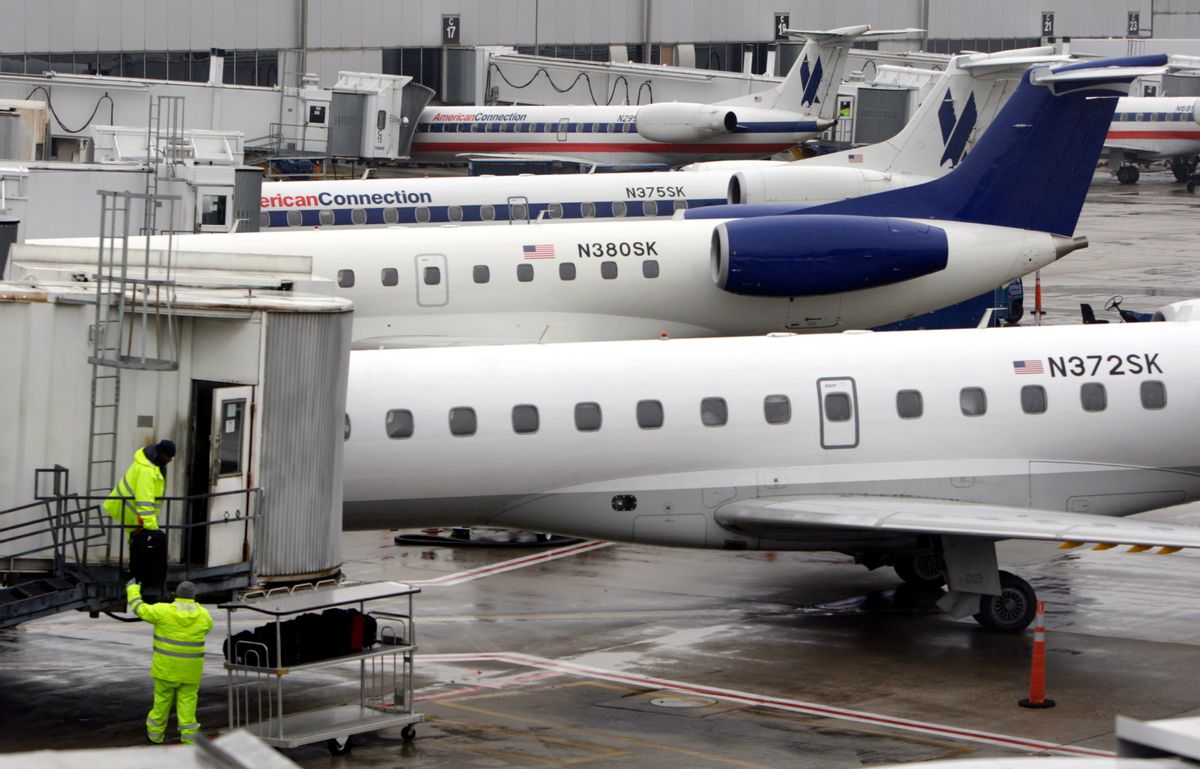 Late last week, the Transportation Security Administration, bowing to controversy and the threat of lawsuits, ruled that airline pilots will no longer be subject to the backscatter body scanners and invasive pat-downs at TSA airport checkpoints.

For pilots like myself this is good news, though at least for the time being we remain subject to the rest of the checkpoint inspection, including the X-raying of luggage and the metal detector walk-through. Eventually, we are told, the implementation of so-called CrewPASS will allow us to skirt the checkpoint more or less entirely.

Not everybody agrees that air crews deserve this special treatment. That's not an unreasonable point of view, and I don't disagree with it, necessarily. As security experts like Bruce Schneier point out, if you are going to screen at all, it is important to screen everybody, lest the system become overly complicated and prone to exploitable loopholes.

(Ironically, the requirement that crews undergo checkpoint screening was imposed by the FAA after the crash of a Pacific Southwest Airlines flight in 1987. A recently terminated customer service agent, David Burke, used his credentials, which the airline had failed to recover, to carry a concealed handgun onto Flight 1771 from Los Angeles to San Francisco. En route, he shot both pilots and nosed the airplane into the ground near Harmony, Calif., killing all 44 on board. Almost unbelievably, the FAA's response to this crime was to mandate screening not for agents, but for crew members.)

But this is a useful approach only if the system is rational and effective to start with. As a pilot I would have no problem going through screening together with everybody else -- just not the screening we currently have in place, with its bullying and its mindless protocols and its wasteful obsession with minutiae.

And by "contradictory," here's some blockbuster news: Although the X-ray and metal detector rigmarole is mandatory for pilots and flight attendants, many other airport workers, including those with regular access to aircraft -- to cabins, cockpits, galleys and freight compartments -- are exempt. That's correct. Uniformed pilots cannot carry butter knives onto an airplane, yet apron workers and contract ground support staff -- cargo loaders, baggage handlers, fuelers, cabin cleaners, caterers -- can, as a matter of routine, bypass TSA inspection entirely.

All workers with airside privileges are subject to fingerprinting, a 10-year criminal background investigation and crosschecking against terror watch lists. Additionally they are subject to random physical checks by TSA. But here's what one apron worker at New York's Kennedy airport recently told me:

"All I need is my Port Authority ID, which I swipe through a turnstile. The 'sterile area' door is not watched over by any hired security or by TSA. I have worked at JFK for more than three years now and I have yet to be randomly searched. Really the only TSA presence we notice is when the blue-shirts come down to the cafeteria to get food."

Actually, this is something I wrote about, to no measurable reception, in a column over five years ago.  Little has changed since then. With all of the recent talk about airport security, this ought to be a bombshell of a story. Every media outfit in the country should be covering it. It undermines almost everything TSA has told us from the beginning about the "need" to screen pilots and flight attendants, and if there is a more ringing "let me get this straight ..." scenario anywhere in the realm of airport security, I’d like to hear it.

This is one of the reasons I've been somewhat disappointed by all of the recent attention and controversy over body scanners and pat-downs. Sure, the deployment of the scanners is rightfully controversial; the devices raise important privacy issues, and possibly health issues as well. (And, yes, it is heartening that finally, after almost 10 years, we're seeing a groundswell of resistance against TSA.) The downside to this conversation, however, is that it distracts us from asking important questions about the agency's approach to security overall.

The purpose of highlighting this loophole is not to scare or sensationalize, and enacting yet another layer of zero-tolerance screening, this time for ground workers, is possibly the exact wrong response. The answer, if you ask me, rests in the middle. I would propose somewhat tougher screening for underwing employees, while ratcheting down somewhat the overzealous scrutiny of pilots and flight attendants. You may or may not agree, but in the meantime one thing is certain: This is, for now, a double standard so brazen and hypocritical as to be almost unbelievable.