Teen posts evidence of her own abuse on Facebook 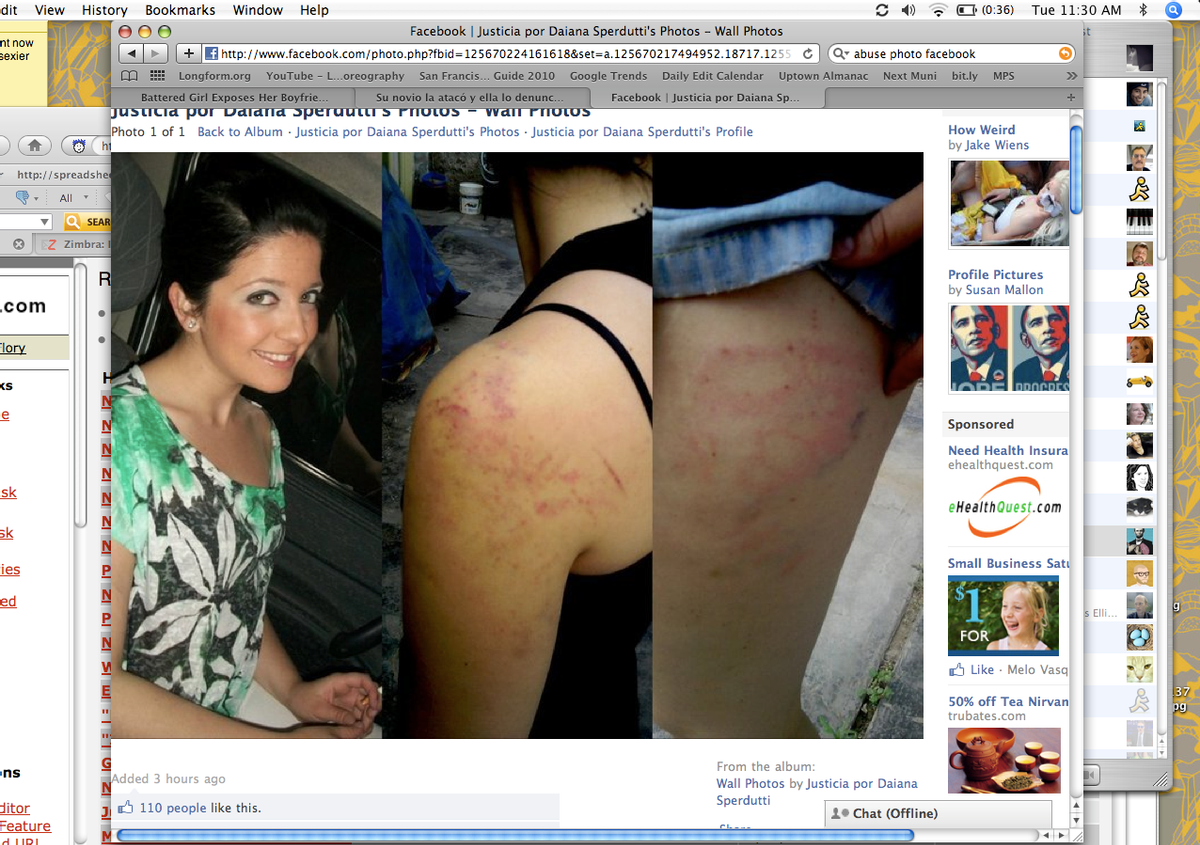 Oh Internet, how you continually provide new ways for young people to make public things that once were strictly private. Daiana Sperdutti, a 19-year-old Argentinian, has published photos on Facebook of the bruises and scratches allegedly given to her by her boyfriend, and now the drama is playing out on a global stage.

Sperdutti says soccer player Rodrigo Zapata attacked her after going through her phone and finding text messages that sent him into a jealous rage. It wasn't the first time he physically attacked her, says Sperdutti, but she decided it would be the last. She pressed charges and then posted evidence of her injuries on her Facebook profile and wrote, "Someone who claims to love you cannot do this to you. I'm uploading these pictures to give courage to other girls who have gone or are still going through what I've been through."

The comments started rolling in and, before she knew it, the story went national and, eventually, international. "Dozens of strangers have been messaging her and telling her their stories" and "friends and strangers flocked her page to give her their support and encourage other abused girls to speak out," reports All Facebook (sidenote: the world's largest social networking site has its own unofficial news outlet, people). Someone even started a Facebook fan page to show her support; it already has more than 5,000 members. Others have taken to berating Zapata for the alleged attack (thereby reintroducing me to some colorful swear words I haven't heard since sitting with the "bad kids" in my high school Spanish class).

Sperdutti's nervy move could encourage abuse victims to speak out without shame, and the expletive-laden online response certainly reinforces the fact that domestic violence is anti-social and unacceptable. That said, the Internet isn't, or shouldn't be, the ultimate arbiter of justice. So go forth, Argentinian legal system, and show us what got -- you can thank Facebook for the international audience.