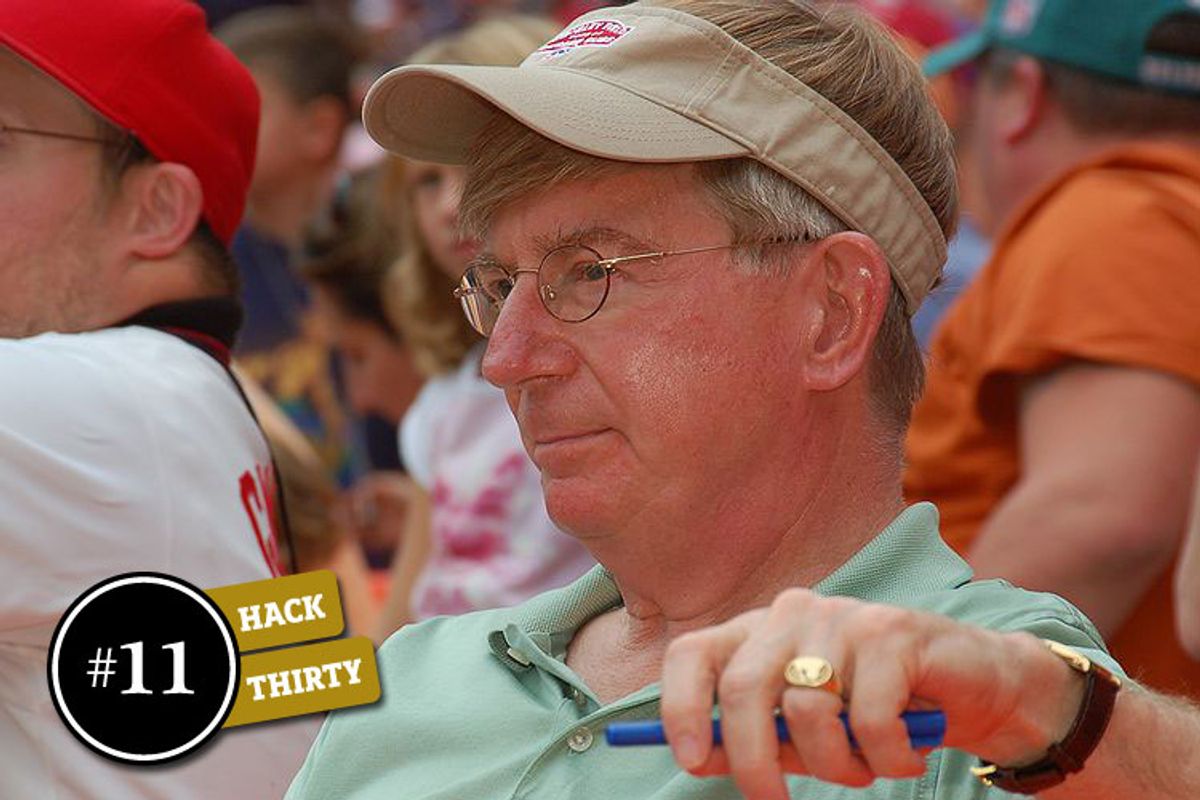 George Will is a sanctimonious moralist, a pretentious hypocrite, a congenital liar and a boring pundit, to boot. In these days of red-faced screaming weirdos like Glenn Beck and obvious dolts like Sean Hannity, Will can seem like a harmless throwback to a calmer era in political discourse, but don't let his demeanor fool you: The guy's as utterly amoral as the loudest talk radio shouter, and he's a living example of the truth that there's never any punishment for bad behavior in punditland.

Ever since he stole Jimmy Carter's briefing book, used it to coach Ronald Reagan before a debate, and then appeared on ABC to pronounce Reagan the winner of the debate, Will's been a consummate hack.

He expressed his revulsion at those hick Clintons: "Having vulgarians like the Clintons conspicuous in government must further coarsen American life." Meanwhile he stepped out on his wife back in the '80s, and she responded by throwing all his stuff on the lawn with a note reading, "Take it somewhere else, buster."

He gets away with a lot because he's smart enough to know that occasionally going off the reservation and criticizing the party only makes your position stronger (as long as you're in no danger of being thrown out of the movement entirely, as someone without Will's rich history of service might be). So he criticizes Bush on Iraq and trashes Palin. He also lies about climate change, just because lying about it is what Republicans are supposed to do, and instead of removing Will from their stable of columnists -- or even correcting his columns -- the Washington Post just publishes other columns pointing out that Will lied, thus presenting the reader with "both sides" of the issue.

And his baseball writing is so bad as to defy parody.

Rose's coming clean is the most soiled conversion of convenience since ... well, Aug. 17, 1998, when DNA evidence caused Bill Clinton to undergo a memory clarification.