The Politico columnist heard someone unexpected is planning a 2012 run! 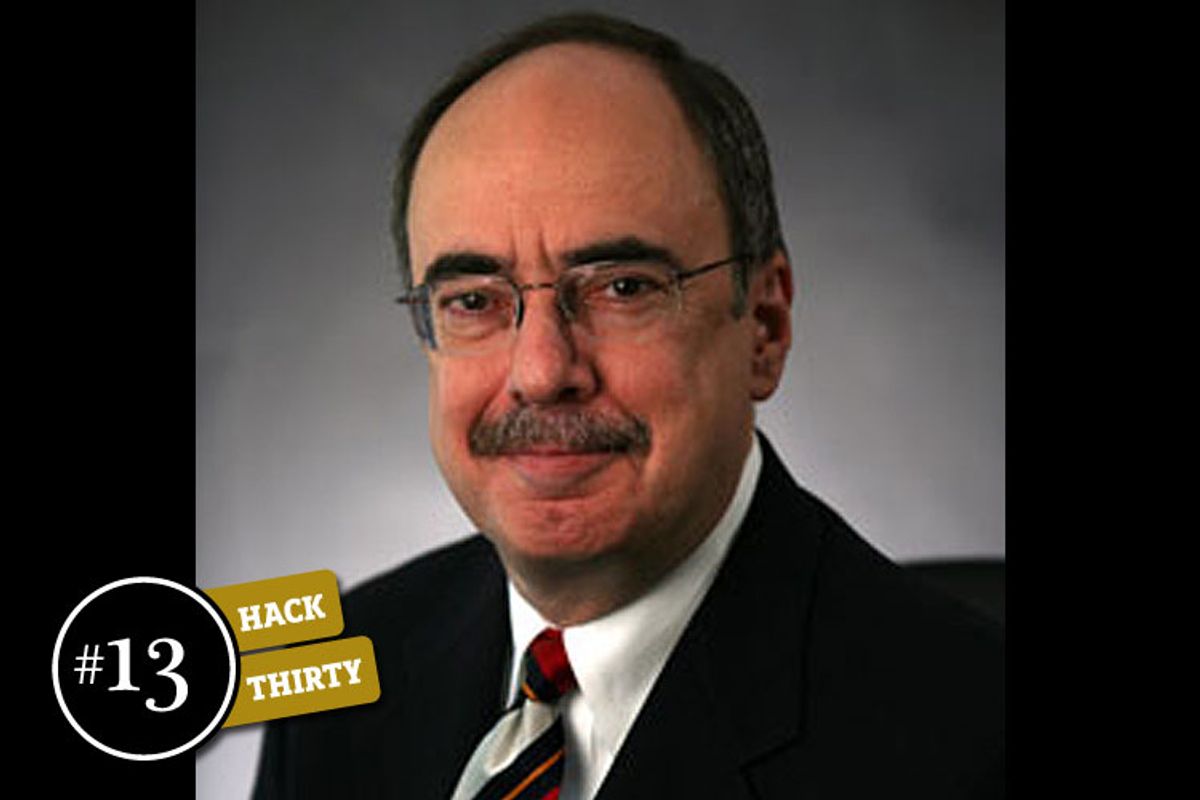 Until it hired Joe Scarborough and Michael Kinsley to pen dueling partisan Op-Eds, Roger Simon was Politico's only real columnist.

He occasionally writes enjoyably unexpected stuff, like his call for the release of attempted Reagan assassin John Hinckley. The column he wrote after recovering from a double amputation -- no lie -- is surprisingly funny and unquestionably endearing.

But this list would be incomplete without a representative from Politico, the world's most cynical media outlet, and Simon is guilty of most of its worst practices.

He floats the improbable non-rumor that Howard Dean will challenge Obama in 2012, because while he knows full well that that's foolish and unlikely, it's possible, and the possibility will excite people who enjoy speculating about hypothetical campaigns more than they enjoy covering what happens in between elections.

Then there was his shattered-monocle horror at the Journolist "scandal," in which various bloggers and journalists were discovered sharing opinions with one another on a private e-mail listserv. That revelation inspired an incomprehensible eulogy for journalism as he imagines it was once practiced in his golden youth -- when he worked for Rupert Murdoch and Mort Zuckerman.

He wrote a column in which simple admiration for President Obama's willingness to defend the constitutional rights of the Cordoba House organizers was buried under what seemed to be a parody of a bad Politico column arguing that Obama would be a one-term disaster of a president. It received a Drudge link, but not because of the column's actual point. (In fact, I am not sure his editors even read it. Here's the column's sub heading: "Simon says Obama is often off-message and sometimes doesn't even listen to his advisers.")

As a black Republican nominee, Steele could get many of the white votes a Republican usually gets while cutting into the Democratic black vote. In this manner, he could defeat Obama in 2012. And that would be his pitch for getting his party’s nomination.

There is a problem with this scenario, however: Is there anyone -- black, white, Republican, or Democrat -- goofy enough to vote for Michael Steele? Maybe not. But November 2012 is a long way off. And Steele is staking out his own territory.