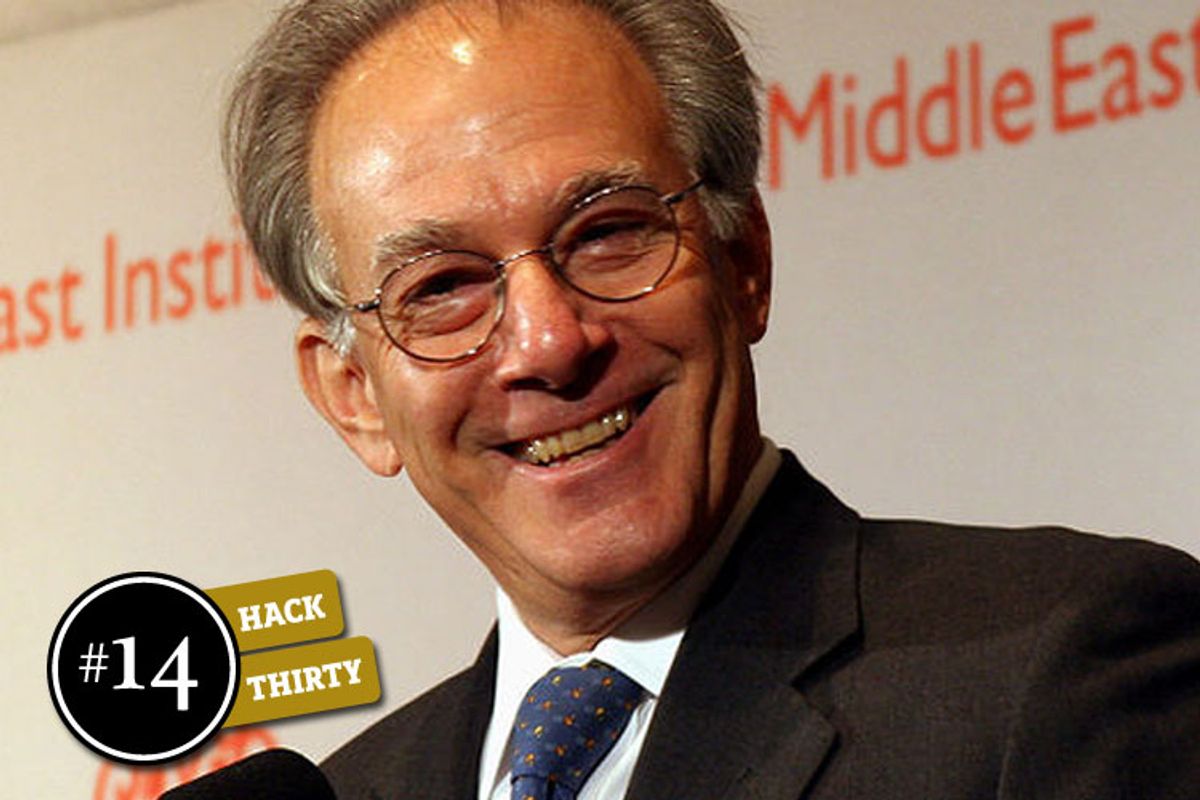 The Washington Post's David Ignatius is David Broder's evil twin brother. They pen nearly identical columns, and both subscribe to the reigning Beltway definition of "moderation," but Ignatius engages in Daddy-worshiping even more often than Broder. Daddy, as always, is an old conservative. But not the sort of conservative who actually appeals to real people. The Ignatius ideal would be a Congress and cabinet made up entirely of Joe Liebermans and John McCains.

He is a steadfast believer in the importance of fiscal responsibility (which invariably means the gutting of the social safety net) and defines partisanship as "Democrats not conceding the debate to Republicans."

This son of a former secretary of the Navy and lifelong elite Washingtonian never misses an opportunity to lavish praise on a graybeard from the middle of the country who hates the way Washington is run. The sad thing is, Ignatius' expertise is supposedly foreign policy, which makes his respect for warmongering numbskulls like John McCain and Joe Lieberman even more inexplicable than David Broder's.

I wouldn't really wish the Tea Party movement on anyone, but the Europeans could use some of its passion about fiscal responsibility.

(Bonus: "Rumsfeld's replacement should be someone who can help restore a bipartisan consensus for a sensible Iraq policy. One obvious candidate would be the centrist Democrat Sen. Joe Lieberman.")