The billionaire buys magazines just so they'll print his columns 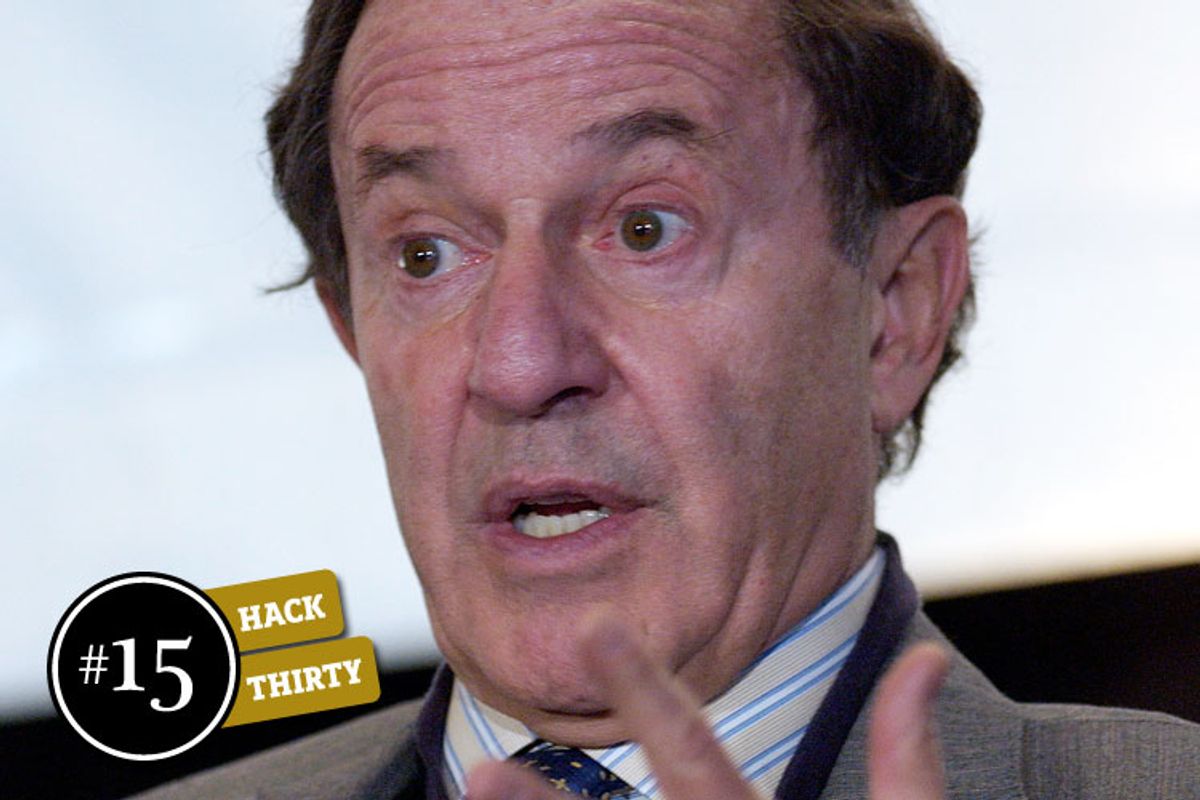 Mort Zuckerman is a media mogul with a history of buying magazines and newspapers in order to insert his byline into them. He fancies himself a public intellectual, and his publications and the publications of his friends run what seems like dozens of his opinion columns each month. (His profligacy is thanks to his work habits: He generally dictates some errant thoughts to a secretary, who faxes them to Sir Harry Evans, the man charged with shaping Zuckerman's wisdom into column form.)

He is a conservative Democrat, sort of. It's hard to pin him down, actually, because, as Wayne Barrett once documented, he's on both sides of every issue.

Zuckerman is the poster-mogul for a flighty class of New York billionaires with an exceptionally limited grasp of governing and policy and an outsize role in shaping the debate. (If you can read an Op-Ed from a self-proclaimed liberal touting charter schools, thank a credulous billionaire who saw a documentary.) They have no coherent beliefs. They broke for Obama because it seemed like the thing to do after eight years of Bush but now they long for someone who doesn't seem like such a Democrat. (Bloomberg-Scarborough 2012! Harold Ford for secretary of state!)

While Zuckerman has always randomly switched back and forth between the parties, his peers have lately decided themselves Democrats. These billionaires allow the Democratic Party to compete, monetarily, with the Republicans (who win the support of the coldly ideological wealthy -- the ones who've read Ayn Rand or who make their living raping the earth), but the redefinition of Wall Street titans as reasonable centrists certainly isn't helping the party compete electorally in former working-class strongholds, where the messaging coup of winning the endorsement of Mayor Bloomberg is lost on most voters.

Zuckerman has greeted the Obama era by complaining that the president hates rich people and blaming the lazy unemployed for their predicament.

One business leader said to me, "In the Clinton administration, the policy people were at the center, and the political people were on the sideline. In the Obama administration, the political people are at the center, and the policy people are on the sidelines." I’m very disappointed. We endorsed him. I voted for him. I supported him publicly and privately.