"America by Heart" by the numbers 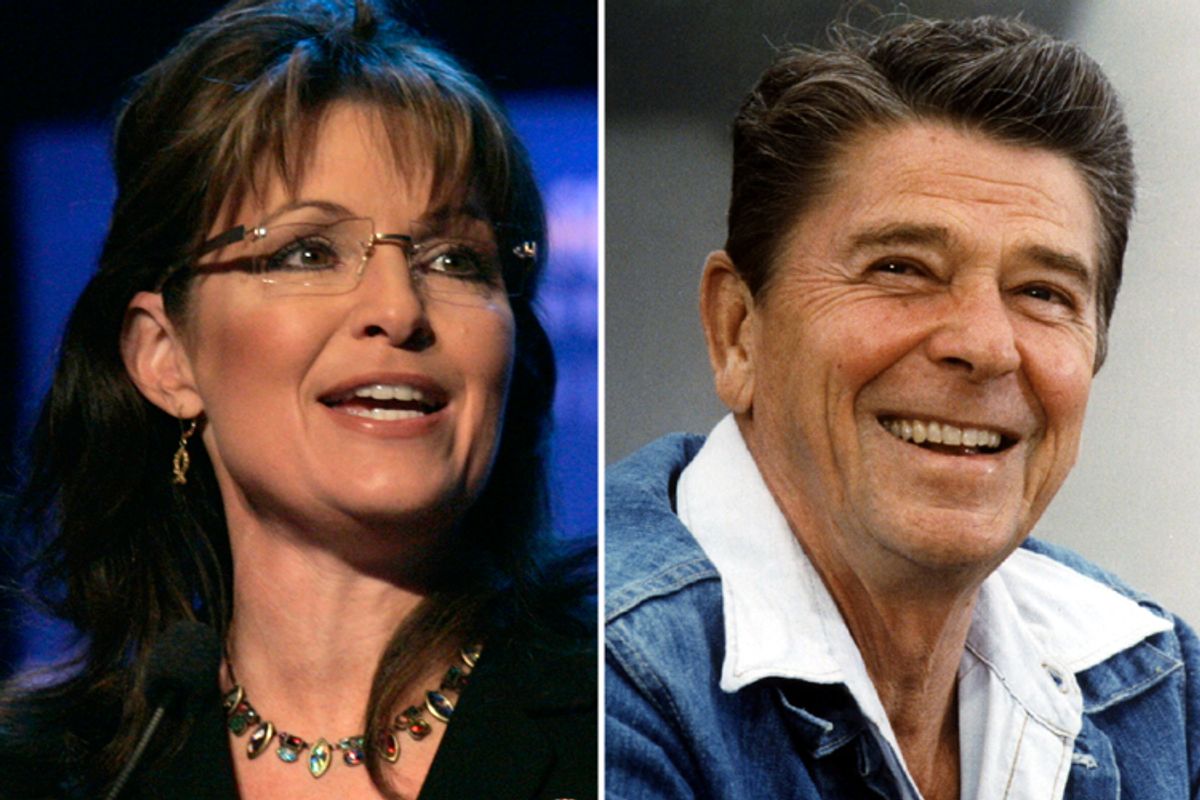 I've just finished Sarah Palin's new book, "America by Heart: Reflections on Family, Faith and Flag." It offers very, very little about her substantive views (with a few exceptions). The book mostly amounts to a collection of bumper sticker slogans ("freedom isn't free") and inspirational quotes from members of the conservative pantheon ("morning in America").

So perhaps as good a way as any to assess Palin's book is by the numbers. By my count, the only character (who is not a member of Palin's family) that is mentioned more times than Ronald Reagan is God.

Reagan gets 33 mentions, which Palin accomplishes by deploying his name at every possible opportunity (eg: "Ronald Reagan once quoted Abraham Lincoln as saying ... "). Here's a look at some of the other common terms in the book, and let me know if I'm missing any: