What we learned from the subway flasher

The perpetrator from the viral video has been charged, but are we doing enough to stop these crimes? 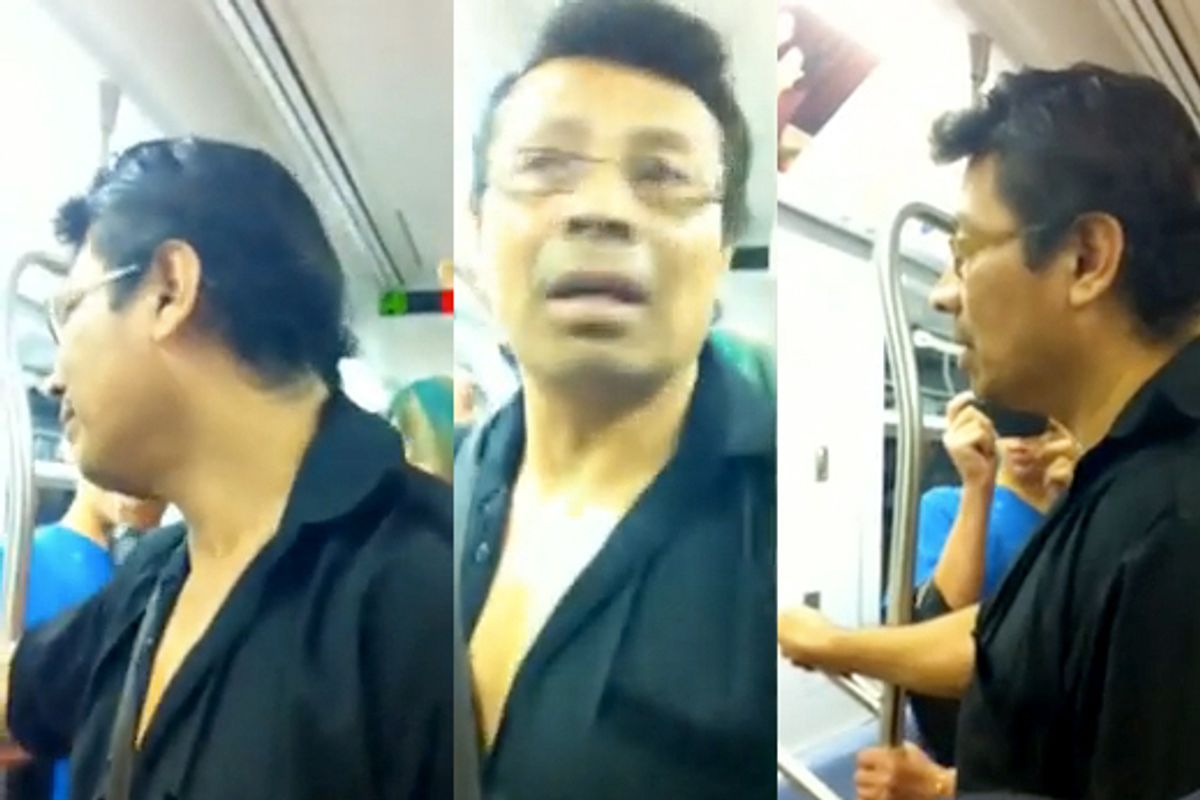 Stills from a video of a woman confronting a subway flasher
--

News came today that Mario Valdivia, the subway flasher caught on film getting reamed out by his victim, was arrested and charged with forcible touching, public lewdness and sex abuse. I would call this a "happy ending," but it seems tasteless given the context. Also: There's the fact that the 51-year-old has reportedly faced similar charges in the past. It kind of makes you wonder about whether we're adequately addressing the issue of subway harassment.

In New York state, groping can result in punishment of up to one year in jail; and public indecency can bring a fine of up to $500, three months in jail and, if the judge thinks it's appropriate, registration under Megan's Law. Repeat flashers can face a year behind bars, three years of probation and a $1,000 fine. Those are some steep punishments. The problem, however, is that by most estimations these crimes are hugely underreported. Holly Kearl, author of "Stop Street Harassment: Making Public Places Safe and Welcoming for Women," wrote her graduate thesis on the subject and found that "few women looked to the law or police" after such incidents: "Only two percent of posters on anti-street harassment websites mentioned having reported the incident of street harassment to the police while less than one percent reported threatening to call the police."

Websites like Hollaback -- which publishes photos and videos of harassers, including this latest one -- and organizations like New Yorkers for Safe Transit (NYST) are agitating for women to speak out about gropers and flashers. Of course, it's hard to say just how well those campaigns are working, since data is so hard to come by. Anecdotally, says Kearl, "I've seen many more arrests in the news from cellphone photos and videos. So, it's very hard to say accurately if the reports are on the rise but I have to imagine and hope that they are, at least in the areas where women are encouraged to do that, especially NYC." In the last few years, many cities have rolled out anti-harassment PSAs on public transportation, the idea being that it will raise awareness and lead to more reporting; and Kearl is putting pressure on these transit agencies to release information on the impact.

Women's resistance to reporting harassment is far from the only hurdle here: A quick perusal of the NYST blog reveals plenty of stories of women who have found that police shrug off reports of flashers and gropers. Not helping the matter any, "the NYPD only tracks assaults that fall into the felony range, which often doesn't include [cases where] victims are ogled, groped, flashed, harassed or witness any other types of lewd acts." This summer, New York Assemblyman James Brennan tried to change all that by introducing a measure that would require police to track groping and other sexual abuse on each subway and bus line. Kearl hopes to see things go even further. From the available evidence -- which, again, is scant -- she says it appears that "many men who street harass are repeat offenders." The next step, she says, is studying men like Valdivia to determine why they do it, and how to prevent them from doing it again.