The dotty old Reagan speechwriter longs for a simpler time, when America was a misty clich 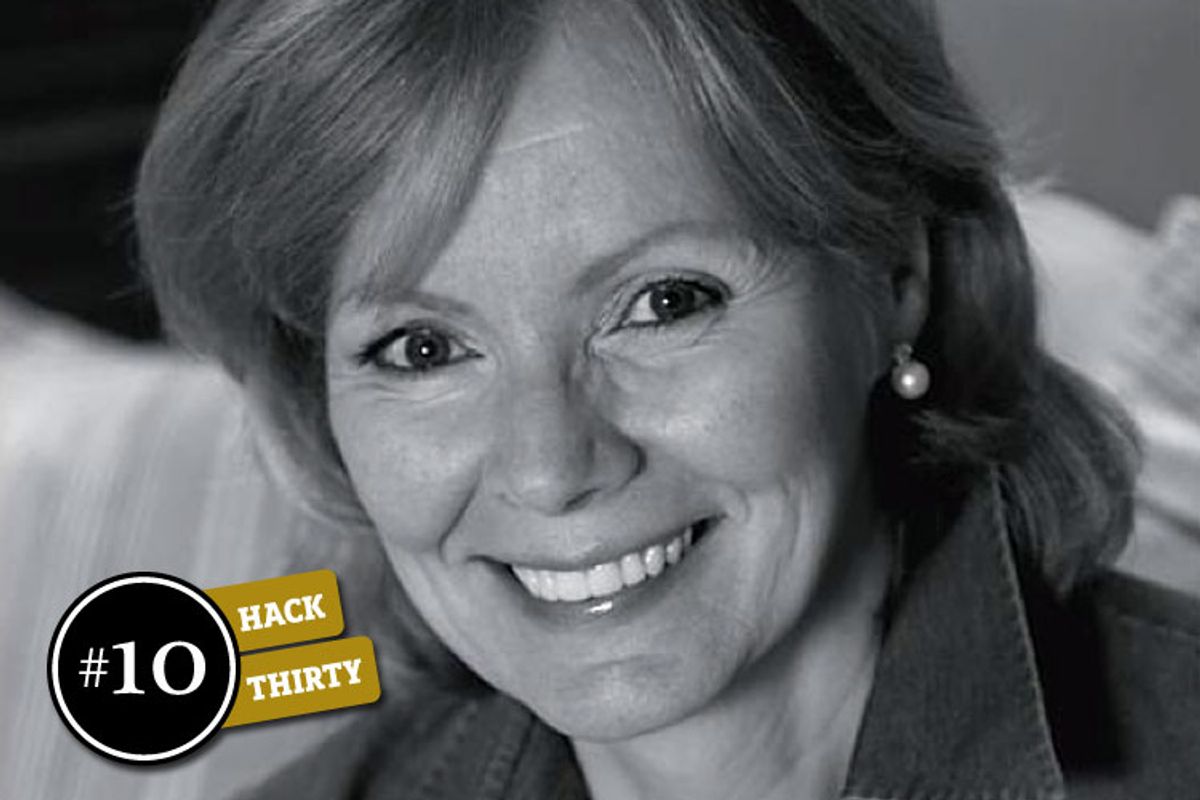 Peggy Noonan might be the single funniest Op-Ed writer currently working, and for that I do, honestly, respect her. Her red wine-and-laudanum-inspired tales of wandering the Upper East Side in search of some clue to the Contemporary American Mood, her ability to wring a column out of the phenomenon of seeing a Mexican, her sentence fragments and Golden Books prose -- all of this makes for a reliably entertaining Friday read. It's certainly much more fun than a Krauthammer column.

The dotty old Morning-in-America charm is what made her Reagan's finest speechwriter, and it also helps explain why no one ever calls her on her dog whistles.

Her recurring theme is a return to the innocence and purity of the past. Specifically the "Mad Men" era, or just before it. She allows herself Camelot-worship (as Reagan did), but it's Eisenhower she pines for. Never mentioned, of course, is the fact that those days were a time of simple joy only for the people lucky enough to be considered fully American by the law and in the culture. She longs for the day when black people, gays and even Beatniks could be safely ignored -- the time before they started causing trouble.

And most of her columns follow a similar pattern: Rambling anecdote (probably involving Reagan), misty-eyed reminisce of a Catholic girlhood in a more pleasant America, paean to Grown-up Seriousness in our politicians, pro forma endorsement of some randomly selected item from the Republican Party platform. Things were better before, and that is why we need tort reform, or English as our official language, or tax cuts. Amusing as she is, she's also predictable.

The '50s have gotten a bad rap. For all the decade's flaws, it was a human time, and freer than ours of a certain Perrier- sipping, blog-surfing, post-workout puritanism.

I am inclined toward the long view. The life of people on earth is obviously better now than it has ever been -- certainly much better than it was 500 years ago when people beat each other with cats. This may sound silly but now and then when I read old fairy tales and see an illustration of a hunchbacked hag with no teeth and bumps on her nose who lives by herself in the forest, I think: People looked like that once. They lived like that. There were no doctors, no phones, and people lived in the dark in a hole in a tree. It was terrible. It's much better now.

And finally: "I think they went for this, excuse me, political bullshit about narratives."