The Drudge-loving political analyst who gets everything wrong 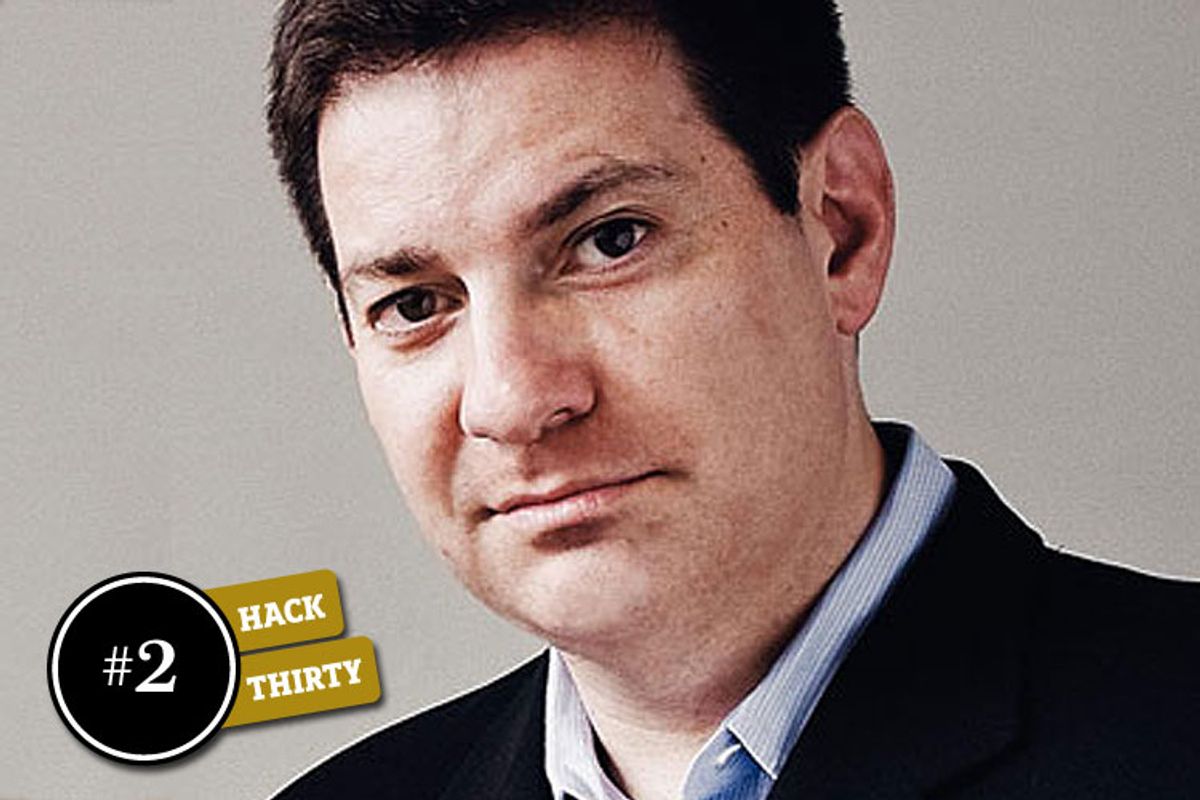 I thought we were all done talking about former Bob Dole speechwriter former ABC News political director Mark Halperin, whose star had seemed to stop rising toward the end of the Bush years -- but then he attached himself, leechlike, to reporter John Heilemann, to co-write "Game Change," a lengthy catalog of the 2008 presidential campaign's moments of least import.

Halperin used to write this thing called the Note, which was an e-mail newsletter that various Washingtonians whom Halperin referred to as "The Gang of 500" used to read to find out what they themselves thought about the news of the day. It was written as privileged wisdom from Beltway insiders -- cryptic references, obscure jokes, endless name-dropping, constant inexplicable plugs for the Palm restaurant -- when it was in fact just "whatever a professional political operative recently told Mark Halperin, along with links to political stories in the major papers."

While it ended up as an obvious exercise in making rubes feel like hip insiders, the Note began its life as an internal memo, and it was a fairly accurate reflection of a shallow, navel-gazing Washington press corps (this nonsense was produced by ABC News, not some horrid blog somewhere), completely asleep at the switch for the majority of the Bush administration, trapped in a bubble of spin and cynicism.

Halperin's belief in the unerring political instincts of Karl Rove and the godlike omniscience of Matt Drudge eventually made the tone of the Note get a little Pravda-y. Take June of 2006, shortly before Democrats retook Congress, as the Bush presidency began grinding to its miserable conclusion:

Could it be that the Democrats' inability to come up with a consensus "anti-war" position is more of a midterm problem for them than HarrietMiersDubaideficitsKatrinaearmarksimmigrationgasprices is for the Republicans?

Could it have been? Maybe if Dan Bartlett had met a genie that day!

Repetition of White House spin is a fairly noxious trait in a journalist, but Halperin's worst quality is actually that he is constantly wrong. He is a professional political analyst, yet he often seems to be completely, 100 percent wrong about even the horse-race aspects of politics that he specializes in. He kept promising, in 2006, that Bush's approval ratings would once again surge past 50 percent. Remember when John McCain "suspended his campaign" to fix the economy? Mark Halperin said McCain won the week.

The book Halperin wrote before "Game Change" was "The Way to Win," his preview of "the way to win" the presidential election in 2008. His advice was to emulate Karl Rove and worship Matt Drudge -- the key to victory seemed to involve a lot of Matt Drudge -- and the 2008 election as it actually happened made the whole book (which he co-wrote with Politico co-founder John Harris!) look utterly ridiculous.

But then "Game Change" happened, with its depressing "deep background" stories of politicians saying rude things behind closed doors, and because the political-media industry still loves that stuff, Halperin is now an MSNBC contributor, in addition to his much more ignorable role blogging reliably incorrect counterintuitive takes on the prevailing CW over at Time.

All we at the War Room Hack Thirty ask for is a little accountability. At the very least, Halperin's TV chyron should read, "ALWAYS WRONG ABOUT EVERYTHING."

(The link, posted the night before the selection of Joe Biden as Barack Obama's running mate, led to a photo of Sen. Obama with Sen. Dick Lugar.)

Correction: Minor hack Mark Helprin was the former Dole speechwriter, of course. I apologize for the error.