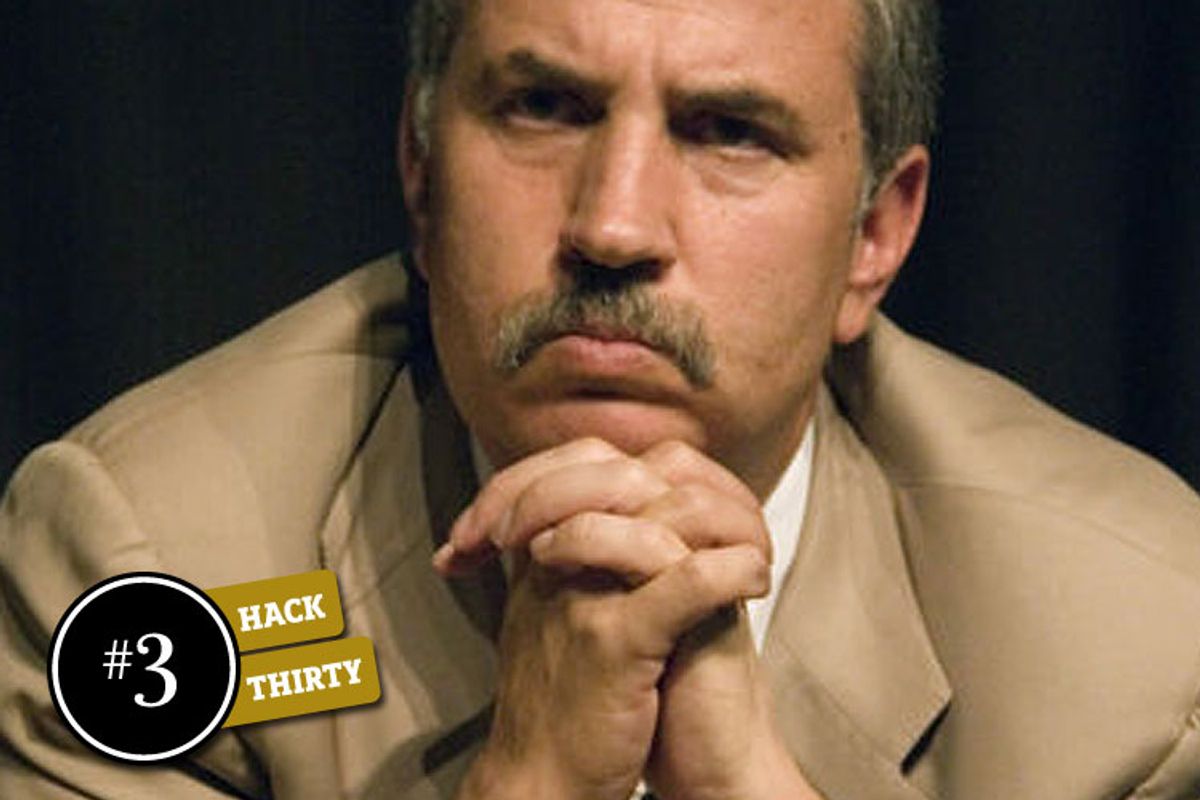 Thomas Friedman is an environmentalist, now. When he's not jetting around the world on the literally unlimited expense account his money-bleeding newspaper provides him, pondering KFC billboards he spots outside the windows of gleaming office towers in Delhi -- or when he's not lounging beside the pool at his absurd home -- the second-most-influential business thinker in the country is worrying about carbon emissions. Which is, I freely admit, a nice change of pace from back when he was telling the world that the invasion and occupation of Iraq would lead to a glorious new dawn of freedom/democracy/whiskey/iPods/Old Navy in the Middle East as a whole.

(Oh wait, what's that? What Obama needs to deal with Iran is "a Dick Cheney standing over his right shoulder, quietly pounding a baseball bat into his palm"? Hm. And your message to the people of Iraq? Oh, right, it was, "suck on this.")

Matt Taibbi's reviews of Friedman's "The World Is Flat" and its follow-up, "Hot, Flat, and Crowded, are essential reading for anyone baffled by Friedman's apparent inability to construct sentences without falling into three metaphor-shaped holes, whereupon he commences digging deeper with his many shovels.

But for some reason, his are the airport bookstore selections of presidents and CEOs. The man has lately decided that he is done with democracy itself, and he'd much prefer it if "reasonably enlightened" people (like the Chinese Communist Party) could just impose "politically difficult but critically important policies" from on high. This is the secret wish of nearly every "moderate" pundit on this list, but -- confidential to Tom, you're not supposed to wish for totalitarianism out loud.

"And now the icing on the cake, the ubersteroid that makes it all mobile: wireless. Wireless is what allows you to take everything that has been digitized, made virtual and personal, and do it from anywhere."