How to catch a Taliban impostor

If Afghan officials don't want to be fooled by another huckster, they should take a close look at these movies 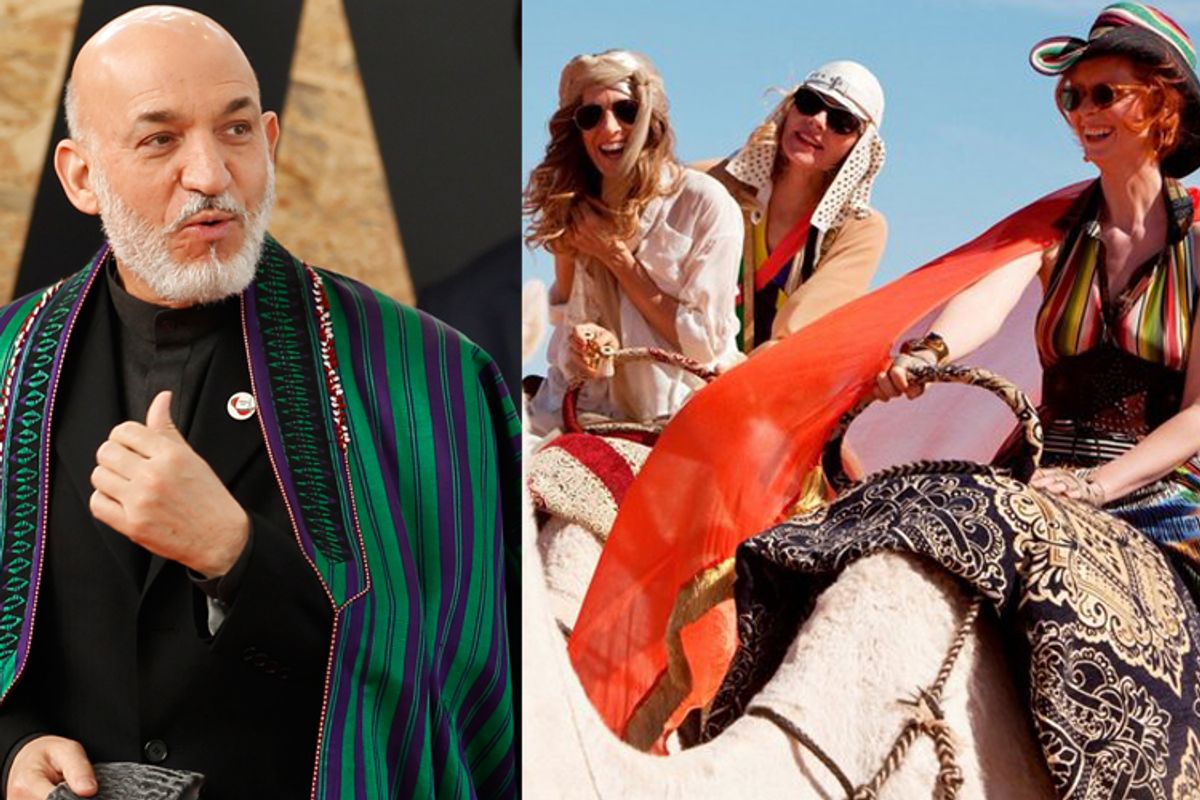 Today the New York Times reports that a still-unidentified Afghan man was posing as a Taliban leader in secret peace talks with Afghanistan officials. It's unclear whether this individual was a con man out to line his pockets, a Taliban agent out to sabotage the talks, or a plant from Pakistani intelligence. The writers, Dexter Filkins and Carlotta Gall, note that the incident "could have been lifted from a spy novel." Regrettably, they may be right. The days when writers of espionage fiction conceived of impostor spies who called themselves Julian or Raoul seem to have passed in favor of writers who are less interested in the glamour of international intrigue than in impostors who don't drink and call themselves Mullah Akhtar Muhammad Mansour.

Further reports on the story are sure to observe that the entire episode might have been plucked from the movies. This is incorrect. Plucked from films, yes. The story is half-ready for the art house. Strip the tale of glamour, remove any potential for excitement and you've not only got a greenlight, but guaranteed analysis in Cineaste, and a panel accompanying the New York opening consisting of Naomi Klein, a New York University expert on the Middle East, and any film critic dextrous enough to use "hegemony" in a sentence.

But the movies? Forget it. Hollywood is too besotted with sequels, reboots, animation to stick a toe into the real world. And the supposed change from this routine that the holiday season offers consists usually of adaptations of the kind of novels (usually Booker winners) that are purchased instead of read, or a Nancy Myers comedy in which a 50-ish divorcee (Meryl/Goldie/Diane) who has founded her own successful wrapping-paper company has to decide if her heart lies with her younger lesbian business partner (Debra Messing) or with a rakish older European diplomat (Bernard-Henri Levy).

Opportunities for film viewing in Kabul are understandably sparse. Salon's sources in the city report that there are only two screens in operation at the city's sixplex and they are currently offering "Speed Racer" and "Lambada: The Forbidden Dance." Clearly, it's time for America to intervene. Despite our massive expenditures in the country, our officials can surely afford a selection of DVDs designed to train Afghan officials on not falling for an impostor.

"Guess Who's Coming to Dinner?" (1967) -- We direct Afghan leaders to the suspicion shown by Spencer Tracy and Katharine Hepburn in the early part of the film toward the doctor their daughter brings home as her fiancé. The audience may consider their fears unreasonable because the doctor is, after all, Sidney Poitier and the young woman could as easily have brought home Eldridge Cleaver or Sonny Liston. But had the Afghans treated the impostor's moderate proposals with even a smidge of the skepticism Spence and Kate show toward even such a paragon as Poitier, surely this embarrassing situation might have been avoided.

"Brokeback Mountain" (2005) -- Was this individual really in close contact with the Taliban? If he had, he surely would have shown some inclination to the rugged, and all too often lonely, life that solitary figures like insurgents or closeted gay cowboys lead. Simply the mention of certain items -- Ralph Lauren flannel shirts; beef jerky; a pet mule named Faiza -- would have elicited a certain gleam in the eye of the real McCoy.

"Footloose" (1984) -- Certainly only as dedicated a zealot as an actual Taliban leader could resist the combined lure of Kevin Bacon's dancing and Kenny Loggins' music. Slip the movie on during a break in negotations. Does this alleged mullah tap his feet, or nod his head sternly during John Lithgow's fire-and-brimstone sermons? For the sake of the money you've just shelled out, pray it's the latter.

"The Passion of the Christ" (2004) Four words: It's the Jews' fault. Sure to warm the heart of any true jihadist.

"Sex and the City 2" (2010): Watch your man as he watches Carrie and the girls live it up in Abu Dhabi. Does he chuckle at their antics or make proclamations about profanations of the infidel harlots? (Note: The film can also be useful for other methods of recognition. See: "Brokeback Mountain.")

Charles Taylor is a writer in New York.