The thrill and misery of going back home

That Thanksgiving I was a college kid who'd gotten away, but I still felt tugged back to the world I'd left behind 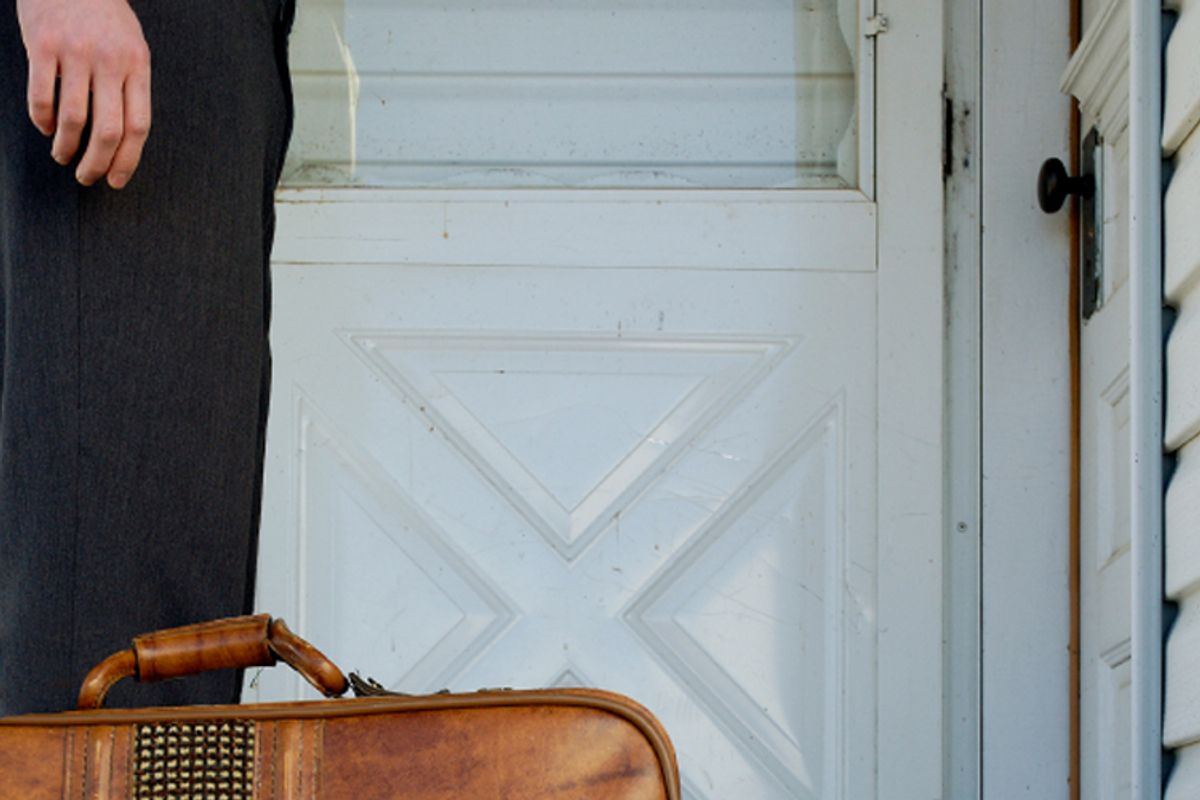 Thanksgiving was best freshman year in college, when I returned home triumphantly, one of those who had gotten away. The celebration started the Friday before, when everyone sat around the dorm getting drunk and stoned before leaving for the airport. "Fly high, dude," that's what my friend Mark Adams said. "Fly high." I graduated from Tulane in 1990, and back then, it wasn't called Louis Armstrong airport. It was just crappy New Orleans airport. When you landed, it was like coming into a regional hub in the French Antilles, the shotgun shacks and shanties covered in creeper vine. Left alone for a month, the city would vanish like a Mayan temple in the jungle.

But as soon as I reached O'Hare, as soon as I stepped outside in Chicago, I knew the real world still existed, that it had gone on while I drifted and aged. It was hard coming back. It was like the end of the summer, after eight weeks at camp, when I walked the house, marveling at how small it had all become. "Good God, it must be inhabited by the Lilliputians! My father could dance in the palm of my hand."

This was especially true returning from New Orleans, where suddenly, just like that, I had been thrown from the straight lines and earth tones of the Midwest into a rank, lawless, swampy neon squiggle of a town, where the drinking age was 18 and a cop once told me, "Have a few drinks. You'll drive better." I was now being called back to my old role, the little brother, Pluto in our private solar system, last in line and furthest from the sun, neither gas nor solid, called on whenever a difficult equation needed a solution. Now and then, to settle a dispute between my brother and sister (I'm the youngest of three) my father would just have me apologize to everyone.

Exiting the highway, seeing again the bare houses and spindly trees of my street, the car began to shake. I was John Glenn sizzling on reentry. I don't want to give you the impression I was sad to go home. In fact, I loved it. Had I less shame, I would have taken out all my old toys and played right on the lawn. But I feared it. That first world, the world of your parents and siblings, it calls you like a race-car bed with the blanket turned back, a little sleep, a sick-day-nap that can last the rest of your life.

There had been some bad years in high school. It was a hard time for my parents for reasons I was too young to understand. In general, it might be explained with the terms used by psychiatrists; in particular, it was my father on the road working and my mother prescribed into a haze. She kept it together for years and years, but fell apart as soon as my brother and sister left for college. I was like the guest forgotten at the party, in the back bathroom when the lights went out. Still here? Sorry, pal, it ended hours ago. Then, when Thanksgiving or Christmas came around, and word came that my brother or sister had landed at the airport, my mother was out of bed and into the shower, out of the shower and into a red dress. As if by magic, the refrigerator filled with crab claws and fruit salad. She wanted them to think it was like this all the time.

One year, I asked my friend Mark to come over and observe, in the way of an official from the U.N., a blue hat. "What am I looking for?" he asked.

Mark stuck around for half a day. "It's even worse than you feared," he eventually told me. "I don't know how you stand it."

My family had a few Thanksgiving rituals. Each year, when we were small, my father would take us into the woods along the Des Plaines River. He would give us toy guns and we would shoot the hell out of some bushes and he would go back and return with a turkey, a butterball, wrapped in plastic with yellow netting. And we carried it home in triumph. And I believed it because I was young and small and kids are morons. For years, I thought the Frank Sinatra song "My Way" was the national anthem because, on "The Main Event," before he sings it, Sinatra says, "I will now sing the national anthem, though you needn't rise."

Our Thanksgiving meal was never very good. No one in my family can cook. One year, for example, they asked me to make gravy. I found a bunch of stuff and mixed it. It came out brown and looked like gravy, which is good for a TV shoot but not for a meal. I ruined everything.

For many years, my life was little more than a search for the harmony of "Happy Days," to find a perfect mother like Marion Cunningham. A dozen years ago, I went to a Hollywood party with my mother, and there, across the room, I saw Marion Ross, the actress who actually played Mrs. Cunningham. I was so excited. I put my arm around her. I said, "Mrs. C., I love you even more than I love my own mom." And my own mom heard me, and she died inside. Just a little. You could see it. I told her I was kidding, but I was not kidding, not that night.

I would have made out with Mrs. C. if I could.

After Thanksgiving dinner freshman year, I met all my old high school friends at a party. It's a ritual: first time back, show off, compare. This was at a house near the lake, the cars spilling out of the driveway and into the street. That night, I tried to impress on my old friends just how much I had grown, how cool I had become, and how they had not grown and were, if anything, even less cool. We would probably not even be friends if we met now, ha ha, but, you know, well, a shared past, a heritage, etc. (It's the etc. that keeps us friends!) I met a girl at that party, honestly the most beautiful girl I had ever seen. She went to Ohio State and had gone to a different high school than us before that. She was wearing a football jersey and long underwear, or leggings or something.

Can that be right?

It's sounds wrong, but it's what I remember.

And we talked and drank. And then she went her way and I went mine. And that night, very late, she came to my house and threw a rock at my window, a pebble, like in the movies, and I came down and we went outside and walked in the yard and the air was smoky and cold and there was snow coming. You could feel it. And there were a million stars, each surrounded by planets, by worlds, and on some the Indians had wiped out the Pilgrims and there was no Thanksgiving, and on others the little brothers were first and the big brothers were last, but most were dead worlds with no living thing. And she took my hand and kissed me. And it was better than kissing old Marion Cunningham. And she went home. And I slept the sleep of the righteous. And I thought, yes, yes, I can see this, I can live here and marry this girl, and we will be a fixture in town, with our own children loving us more each day, and our house will be modern, and our friends will be rich, and our cars will be convertibles, and the little one, the baby, we will love him most of all, though, of course, we will hide it from the older ones, but they will feel it deep down. And the next morning, my friend called and told me that this same girl, my girl, had been kissing another guy that night at the party, then went outside and threw up in the trees, then drove to my house.

By the following afternoon, I was back in New Orleans. It was still there. And I was thankful.

Rich Cohen, the author of "

," did not marry the girl in the leggings.