Katherine Chloe Cahoon's dating advice made her a viral sensation. But is she for real? We talk to her to find out 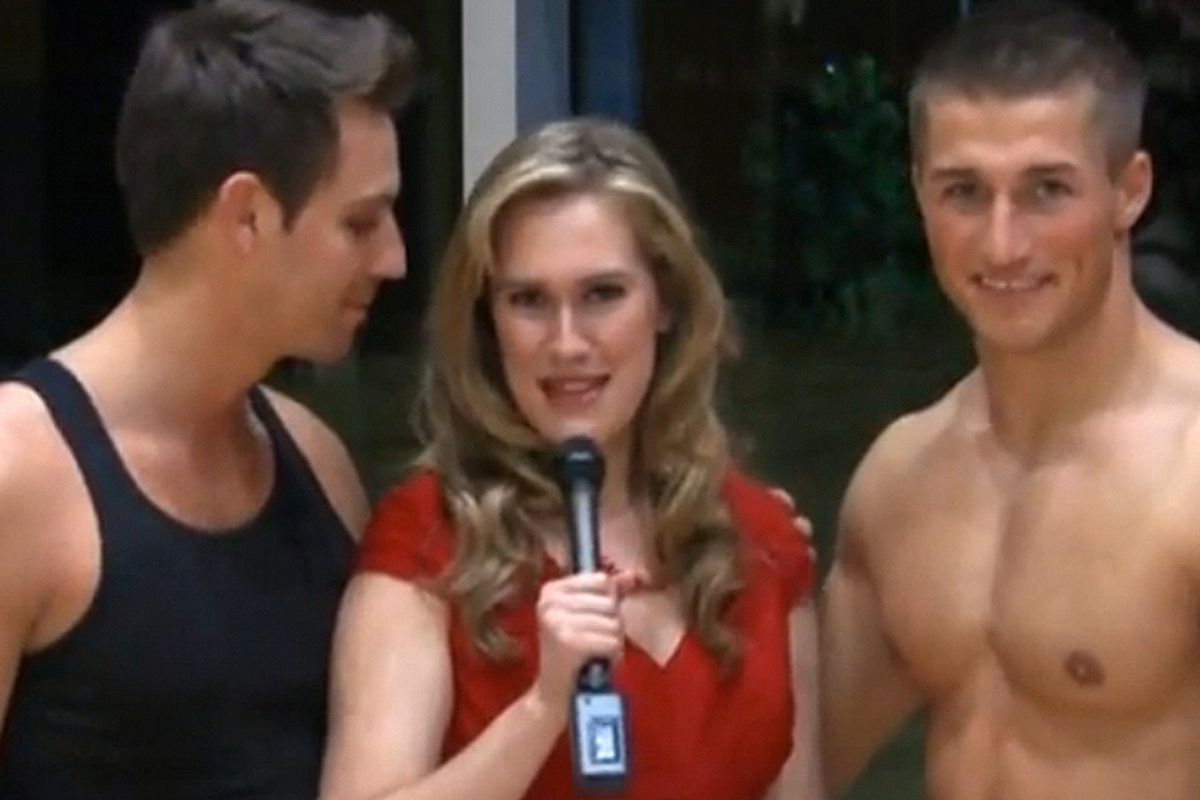 A month after Katherine Chloé Cahoon's peppy promotional videos on "How to Meet European Men" went viral, obsessive debate about her continues. Is this girl for real?!

Why such confusion in the first place? Cahoon's series of videos, based on the advice in her book, "The Single Girls' Guide To Meeting European Men," are so hilariously perky yet wooden, so social-media-savvy yet dated, so mannered yet subtle, so "worldly" yet wide-eyed, that "parody" vs. "real" sides have been ferociously taken. (Video posted below.)

On the one hand, there's the Gawker conclusion (shared by many), based on "in depth Internet research" revealing Cahoon on Facebook and her book on Amazon: She is "the world's craziest dating expert" and the videos are "thrillingly real" ("please watch in splendid amazement"). On the other hand, there are those who say the videos -- the costume changes! the cheesy soundtrack! the men! -- are too thrilling, too splendid, too crazy to be real. Our appetite for irony is so voracious, our radar for hoaxes so sensitive, and (in some cases) satire has become so sophisticated, that indeed: These days, one could imagine Cahoon (or "Cahoon") pulling off a head-spinningly elaborate pop-culture fake-persona long con: Joaquin Phoenix meets Stephen Colbert meets Tina Fey/Amy Poehler meets Carrie Bradshaw. (This was my take, initially. At least that's what I was rooting for.) But the debate in the first place is a sign of our post-Blair Witch, post-reality TV, "I'm Still Here"/"Catfish"/"Jersey Shore"/YouTube times: We've become so jaded that it's near impossible to distinguish between real life and a hoax -- or a marketing strategy -- and we're always on the defensive for being duped. The argument over what's real and what's not has become, more than ever before, a major part of our reaction to art; the membrane between reality and imagination is getting more porous by the day. That mashup is what makes the Cahoon conundrum so captivating. She embodies an irresistible pop-culture zeitgeist two-fer: We thrill to a clueless train wreck; we smell a clever, clever rat.

But in all this investigation and vigorous discussion, one voice was missing: Katherine Chloé Cahoon's. And so, I decided to call her up. Is Cahoon real or fake? The answer, at once disappointing and exhilarating: She is both.

"We meant to make the videos over the top," she said from her home in Seattle. "I wanted to be like the travel hostess who says, 'Come to Europe and all your dreams will come true!"" she says, still amazed that people seem to have thought otherwise. "The guys in the video called me and said, 'They have to know we're joking! I don't really whip off my shirt in the gym and pose on the equipment!'" (On her website, Cahoon responded to the controversy by writing: "Of course they are parodies!") But the videos -- and the book -- are also meant to be useful. These were tips the Vanderbilt grad gave to her friends upon returning to campus each fall with fabulous tales of being "manopolized" by suitors in Europe's most "mantastic" hot spots. She explained one video tip to me about the festival of San Fermin: "If a woman wears red and white at the running of the bulls, it means you're respecting Spanish culture, and men will want to meet you for that. And I really did have a friend who turned her sarong into a towel after spending the night on the beach!"

To some wiseass doubters, Cahoon's claim that she meant to be funny would simply make her the Tommy Wiseau of dating advice. (Wiseau famously insisted -- after his 2003 film, "The Room," was cited as one of the worst films ever made -- that it was, uh, supposed to be comedy.) But once you spend a little time with Cahoon and her Internet paper trail, it's hard to do anything but take her at her honest, earnest word. Her ingenuousness, it turns out, is almost impossibly genuine. And that's where she is totally for real.

The real vs. fake confusion, I think, arises from exactly what's so beguiling about Cahoon: She actually has no idea how how funny she is. Because, really, her videos are reality magnified only about 1.3 times. In real life, she remains almost as guileless and dreams-come-true, unicorns-and-rainbows sincere as she is on-screen: Elle Woods, or Tracy Flick in a spun-sugar tutu, the über-achiever who, underneath all her cheerfulness, is actually cheerful.

Her videos look and feel awkward in part because it's actually her dad (a photographer with no video experience) behind the camera. (For her own part, Cahoon says, she drew on what she learned at Vanderbilt in one semester of Intro to Filmmaking.) Also at Vanderbilt, Cahoon sparkled up the gridiron as a member of Danceline, the school's official dance team. (Amazing Flickr proof lives here.) As a child, though banished from her beloved trampoline by a back injury, Cahoon took ballet six days a week and became an avid -- in fact, prizewinning -- gardener by age 12. The elaborate garden she created at her parents' home in Seattle was inspired by a childhood poem she wrote called "Rainbow Ranch," about stuffed animals who come alive and gather for tea. (In between meetings with Hollywood producers about the in-the-works film based on her book, she still maintains the garden, having spruced it up just recently for some children to come over and act out her poem.) "I love gardening," she told me. "It's kind of like writing in a way. You get to create something out of nothing."

Cahoon does get stopped by people on the street, she says, who compliment her book and ask to take a photo with her. "I try to get to know my readers so I ask about them and there is always some characteristic we have in common," she says. "One girl was in law school and loved to travel. One man worked for a major film studio. He said his entire office stopped and watched my videos. I feel fortunate to have the opportunity to meet these people."

To someone raised on rainbows, of course, that "entire office" could have had only the best, the most laughing-with, intentions. But Cahoon is not unaware that there's also been some laughing-at. And that, indeed, has cost her a bit of her innocence -- her Internet innocence, anyway. "All the critical comments I read about me, my videos and my book were inaccurate. For example, one person claimed to have read my book, but her description of it was the opposite of what the book states. She related her own tips for meeting Euro men. These were straight out of my book even though she claimed I had omitted them. For example, she suggested learning some of the native language. Tip No. 19 in my book, entitled 'Break Through Language Barriers,' covers exactly this," Cahoon says, displaying a refreshingly dated belief in the magical power of demonstrable fact. "Also, someone who made several false statements about my videos and book received comments from those who refuted every one with direct references. This did not stop her. She continued to make statements that were so false and vicious they fit the legal description of libel. After learning this, I realized that there are people on the Internet who enjoy making crude, hateful statements. Even when they know these statements are false, they do not care." (By the way, her book's reviews on Amazon have taken on a grand satirical life of their own. "Miss Cahoon is kind to her ignorant reader like a Swedish hostel manager might be kind to a single American girl who thinks Sweden is a rustic province of Wales and can't for the life of her remember if she thought to tell her family she'd be abroad for a few weeks," reads one.)

Cahoon has also learned that she's hardly the only victim of online asshattery. "Recently, I saw a video featuring a model from one of the premier agencies. She was absolutely gorgeous. Yet there were venomous comments saying she was overweight. Some went so far as to call her fat. If this girl is fat then heaven help the rest of us!" she says. "What should she do? Quit modeling because some cruel people want to bring her down? Absolutely not! Taylor Swift, who is hugely successful and one of the sweetest girls, would not have written a song called 'Mean' if this were not a problem in our society." Seriously! Europe may be looking better and better.