This week in crazy: Joe Rehyansky

His bigoted editorial on "don't ask, don't tell" is jaw-droppingly ignorant, even for the Daily Caller 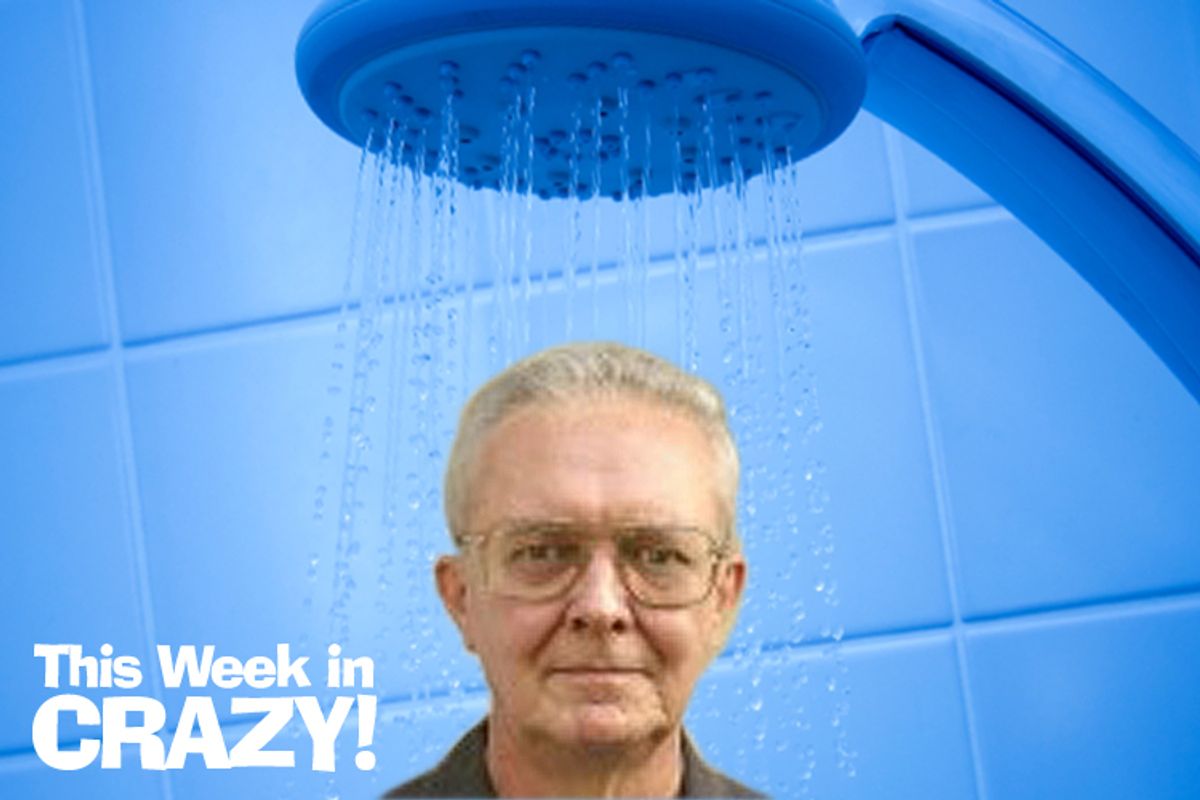 The Daily Caller's headline for Joe Rehyansky's editorial on "don't ask, don't tell" promises "an immodest proposal." That implies there will be some sort of knowing satire involved and not just the rambling thoughts of some weird old bigot who spends a lot of time thinking about showering with men.

Mr. Rehyansky's immodest proposal — I'm going to spoil the end of the column for you — is that gay men (but not lesbians) should be forbidden from serving in the military because they are disease-ridden perverts, and the way to keep them out of the military is for straight soldiers to claim that the constitutional right to privacy protects them from having to shower with queers.

A lot of very weird assertions are made in this piece of work, but one very small moment clearly shows what sort of columnist we're dealing with, here:

What does all this have to do with force readiness and "Don't-hint-don't-wink" or whatever they're calling it these days?

"They" are calling it "don't ask, don't tell," which is also what they have been calling it since it was enacted in 1993. The nickname for the policy has actually not changed in 17 years.

But to be fair to Mr. Rehyansky, he makes his case with a lot of very good scientific evidence. Like:

Most men who are sexually attracted to other men can and do indulge their promiscuous urges with little or no restraint; i.e., it's "party time" all the time. My wife and I watched a sad documentary about AIDS a few years ago.

So don't you question his expertise on "gays" and what they will do in our showers. "A significant population of gays in the military has the potential for disastrous health consequences," he says, because all the gay people have AIDS and all of them want to look at Joe Rehyansky in the shower:

Yes, why is that, exactly?

My solution would get the distaff part of our homosexual population off our collective "Broke Back," thus giving straight male GIs a fair shot at converting lesbians and bringing them into the mainstream.

But apparently that went a bit too far for the Daily Caller's editors, who removed that bit but republished the rest.

"Mr. Rehyansky is retired from the U.S. Army and the Chattanooga, Tennessee, District Attorney's office and now serves as a part-time County Magistrate," and apparently he's been writing things for random conservative publications like the American Spectator and Human Events ever since William F. Buckley made the mistake of telling him he could write back in the '70s. I think when you start up a conservative opinion outlet, the vast right-wing conspiracy just assigns you a couple of clueless old people who've been faxing pages about the honor of Oliver North into Regnery publications for 30 years, and you have to publish them. That is the only explanation for why Tucker Carlson's silly internet magazine ever put this up to begin with.