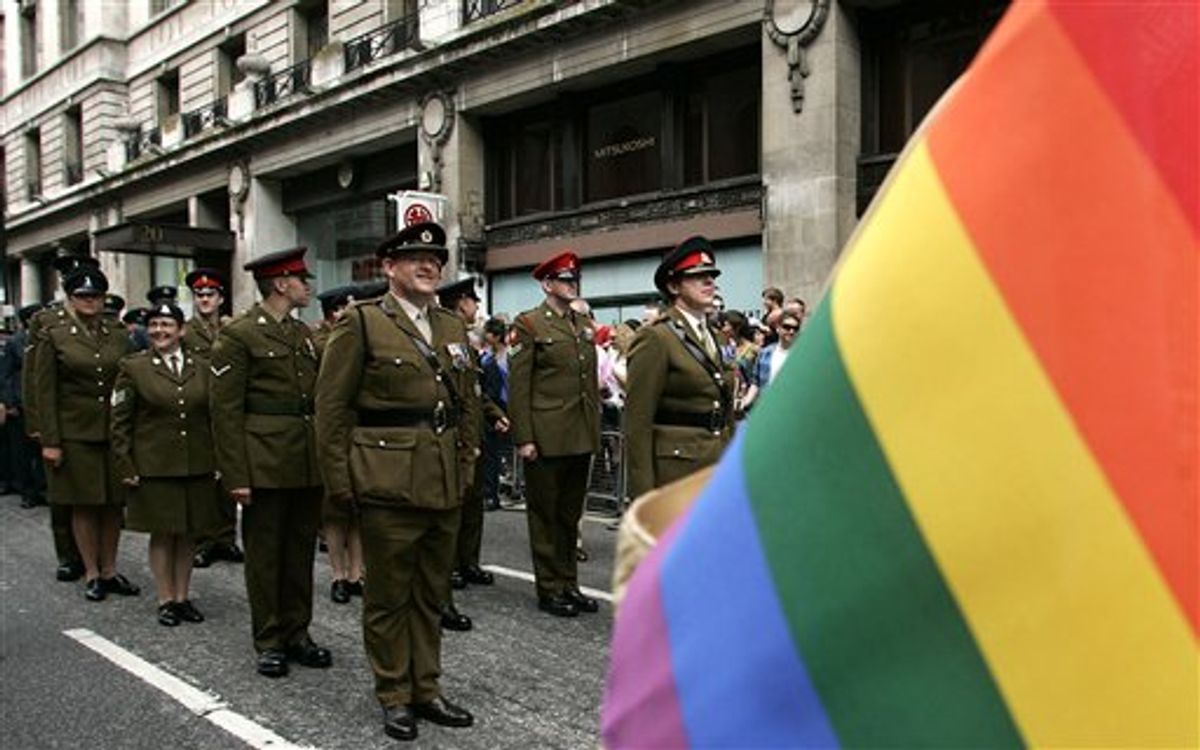 FILE - In this July 4, 2009 file photo, military personnel join the march during an annual gay pride parade in central London organized by Pride London, the lesbian, gay, bisexual, and transgender charity. Most of America's closest allies opted years ago to allow gays to serve openly in their militaries. As U.S. policymakers wrestle with the issue, there's sharp disagreement over whether those allies' experiences are relevant to the debate. (AP Photo/Akira Suemori, File) (AP)
--

A leading Republican senator is playing down the chances that a repeal of the ban on gays serving openly in the military will pass during the lame-duck session of Congress.

The Pentagon plans to release a survey on Tuesday that's expected to show that a majority of troops don't care if gays are allowed to serve openly in the armed services.

The study is expected to set the stage for a Senate showdown between advocates of repealing the 17-year-old "don't ask, don't tell" law and a small but powerful group of foes. The House has passed repeal legislation.

GOP Sen. Lindsey Graham of South Carolina doesn't see the votes to do the same in the Senate.

He tells "Fox News Sunday" that he doesn't think the repeal "is going anywhere" in the postelection Congress.