What is it with the South and Democratic presidents?

Or: Why Democrats may need a Republican president if they want to compete in Dixie anymore 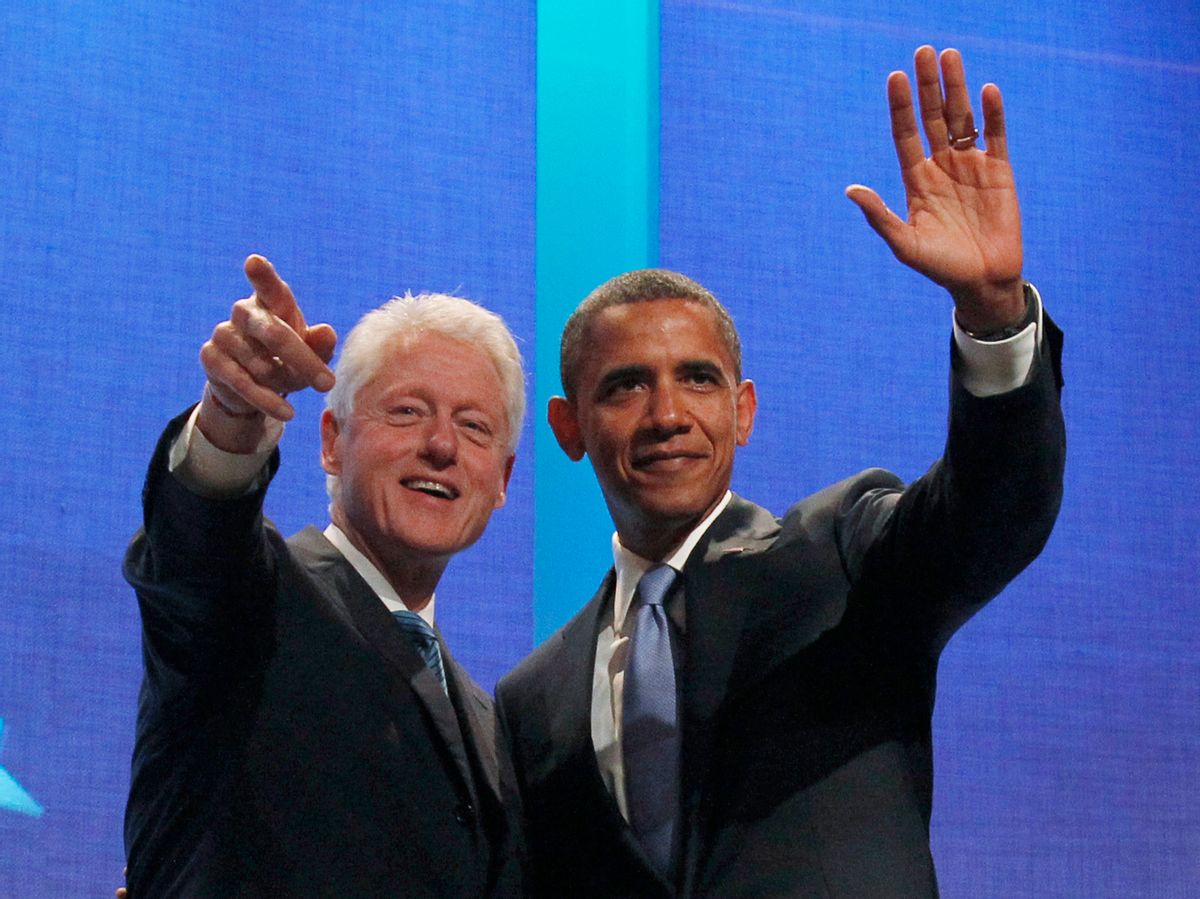 Politico's Jonathan Martin has a terrific piece today that looks at the substantial midterm gains Republicans posted in state legislatures across the South, concluding that the the Democratic Party's "rural Southern tradition is a thing of the past -- even at the statehouse level, where familiar faces were able for years to make the case that they were a different kind of Democrat."

With the GOP picking up chambers in North Carolina and Alabama, Martin notes, Democrats now control both legislative houses in just two Southern states, Mississippi and Arkansas, while ten white Democrats from the region who survived the GOP's November 2 wave have since switched parties -- with more likely follow.

On one level, of course, this is just the latest inevitable development in the South's steady, decades-long shift from Democratic redoubt to Republican bastion. From the Civil War until the civil rights era, the Republican Party essentially didn't exist in Dixie, with Southerners associating the GOP with the "humiliation" of Reconstruction. Democratic presidential candidates routinely won 80 percent or more of the vote in Southern states; FDR actually managed 99 percent in South Carolina in 1936. This abruptly changed in 1964, when Republicans nominated Sen. Barry Goldwater, who had joined Southern Democrats in trying to filibuster the Civil Rights Act that Lyndon Johnson ultimately signed. Goldwater won five Southern states that fall (including a staggering 87 percent in Mississippi) -- and only one (his native Arizona) outside of the region. That election set the South's political transformation in motion, with the GOP becoming the new home for conservative white voters. Since '64, it's only been a question of when -- and not if -- the GOP would notch the kind of state legislative triumphs that Martin describes.

In fact, it's a little surprising that it's taken this long. The explanation for this can probably be found in the fact that Republicans have controlled the White House for 28 of the 46 years since LBJ signed the Civil Rights Act. This has tended to offer a degree of insulation to Southern Democrats in midterm elections, in which swing voters typically embrace the opposition party simply as a vehicle to register some type of protest with the White House.

A perfect illustration of this can be seen in the election results from 1986, Ronald Reagan's second midterm. Reagan's election in 1980 -- a campaign in which he launched his general election effort by announcing his belief in "states' rights" in Philadelphia, Mississippi, a town where three civil rights workers had been murdered in '64 -- had been a significant step in the South's transformation. Running against a Southern Democratic president, Reagan won every state in the South (minus Jimmy Carter's native Georgia) with his coattails lifting the GOP to Senate pick-ups in North Carolina, Georgia, Florida and Alabama. The climate of 1980 -- an unpopular Democratic president, a liberal Democratic Congress and a Southern-friendly Republican presidential candidate -- was perfect for GOP growth in the South. But in '86, with Reagan's presidency stalling, voters were eager to send the White House a message -- and voting Democratic was really the only way to do this. In one fell swoop, the GOP's Southern Senate gains from '80 were erased.

This basic dynamic helped slow the GOP's down-ballot Southern incursion. With Republicans in the White House, Democrats were able to hold on to -- and in some cases even gain -- gubernatorial, congressional and state legislative seats in the South that, in a less friendly national climate, they'd lose.

Notably, before this year, Democrats had only controlled the White House and both chambers of Congress in three midterm elections since '64 -- 1966, 1978 and 1994. Not coincidentally, they lost a combined total of 116 House and 14 Senate seats in those three midterms, with the carnage particularly pronounced in the South. In his Politico piece, Martin notes that Southern Democratic candidates failed so spectacularly this year because they were unable to differentiate themselves from their party's liberal national brand -- and from the "lightning rods" that are Nancy Pelosi and Barack Obama.

This calls to mind the '94 midterms, when Bill Clinton's approval rating among Southern white voters stood at around 20 percent. Among Southern white men, it was in the teens -- and among white men in the Deep South, it actually reached the single digits. Just two years earlier, mind you, Clinton had actually won five Southern states. But the presence of a Democratic president and a Democratic Congress seemed to awaken the region's resentment of liberal Northerners. As the Atlanta Journal-Constitution put it in the fall of '94:

Clinton's presence as a lightning rod for displeasure has been "convenient," as [a GOP consultant] puts it. But any Democratic president might have served the Republicans' purpose nearly as well.

It's the same story now. It really didn't matter what Obama tried to do as president. With Democrats running Washington, the ingredients for a massive Southern backlash in 2010 were put in place two Januaries ago -- with this year's backlash reaching a little further down the ballot than the backlash of '94 did.

The good news for Democrats, if there is any, is that they'll still be able to win some races in some Southern states going forward. If the economy improves substantially between now and 2012, Obama may still be able to win in North Carolina, Virginia and Florida, the Southern states he grabbed in '08. Remember that Clinton, after bottoming out in '94, came back to win five Southern states in 1996 -- with his standing among white voters improving substantially. And whenever we have our next Republican president, the possibility of a strong anti-GOP midterm tide will be present. Democrats showed plenty of life in the South in 2008 and 2006, don't forget. But for the foreseeable future, Democrats will need to luck their way into it if they hope to post any gains in the South.