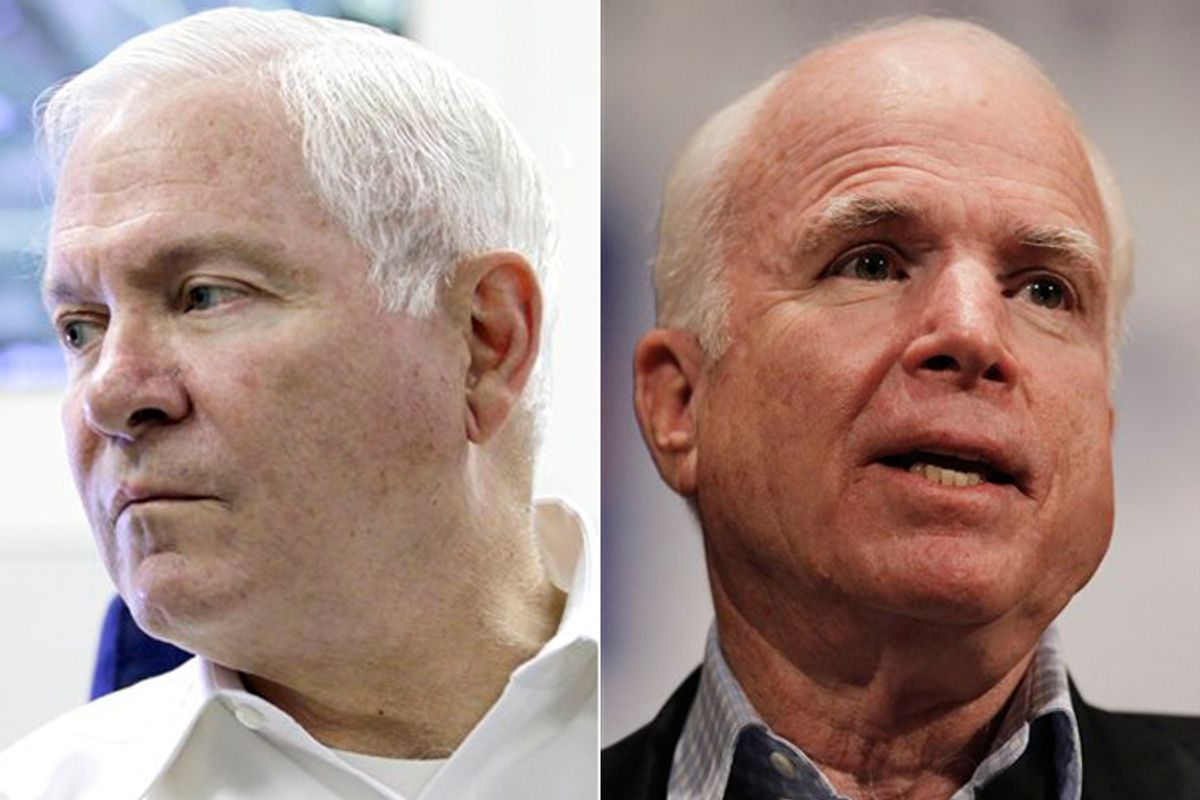 The majority of America's service members don't think repealing "don't ask, don't tell" would be that big of a deal, really. The vast majority of their families are fine with it, too. Defense Secretary Robert Gates "strongly urges" the Senate to hurry up and repeal "don't ask, don't tell" before the end of the year, so the military can get around to implementing the end of the ban.

Of course, the idea of polling the troops before deciding whether to end a discriminatory policy is slightly at odds with the ideal of civilian leadership of the armed forces, as Gates also pointed out in a section of his statement today that will probably be ignored in favor of endless discussion of poll survey results:

As was made clear at the time, and is worth repeating today, this outreach was not a matter of taking a poll of the military to determine whether the law should be changed. The very idea of asking the force to, in effect, vote on such a matter is antithetical to our system of government and would have been without precedent in the long history of our civilian-led military. The President of the United States, the commander in chief of the Armed Forces, made his position on this matter clear -- a position I support. Our job, as the civilian and military leadership of the Department of Defense, was to determine how best to prepare for such a change should the Congress change the law.

But, of course, the fact that the review was designed "to determine how best to prepare for such a change should the Congress change the law" provides a very nice excuse for people like bitterness mascot John McCain to disregard the results of the review entirely. Sure, most soldiers are fine with it, but some of them aren't and also you didn't ask them the right way!

The full report is available at the Defense Department's website, in case you want to go through and try to guess which bits McCain will cherry-pick when he announces that it makes a compelling case for the ban to remain in place.

In order to intelligently discuss the Pentagon review in a serious, adult fashion, and help its viewers to understand its import, MSNBC invited frothing buffoon Elaine Donnelly to screech slander about homosexuals for what felt like 20 minutes. (Oh, don't worry! Some non-monstrous humanoids were present, too, for "balance.")