"Hobbit" controversy: When is casting racism?

A woman says she was denied a job as an extra for not being light-skinned -- was it wrong or just authentic? 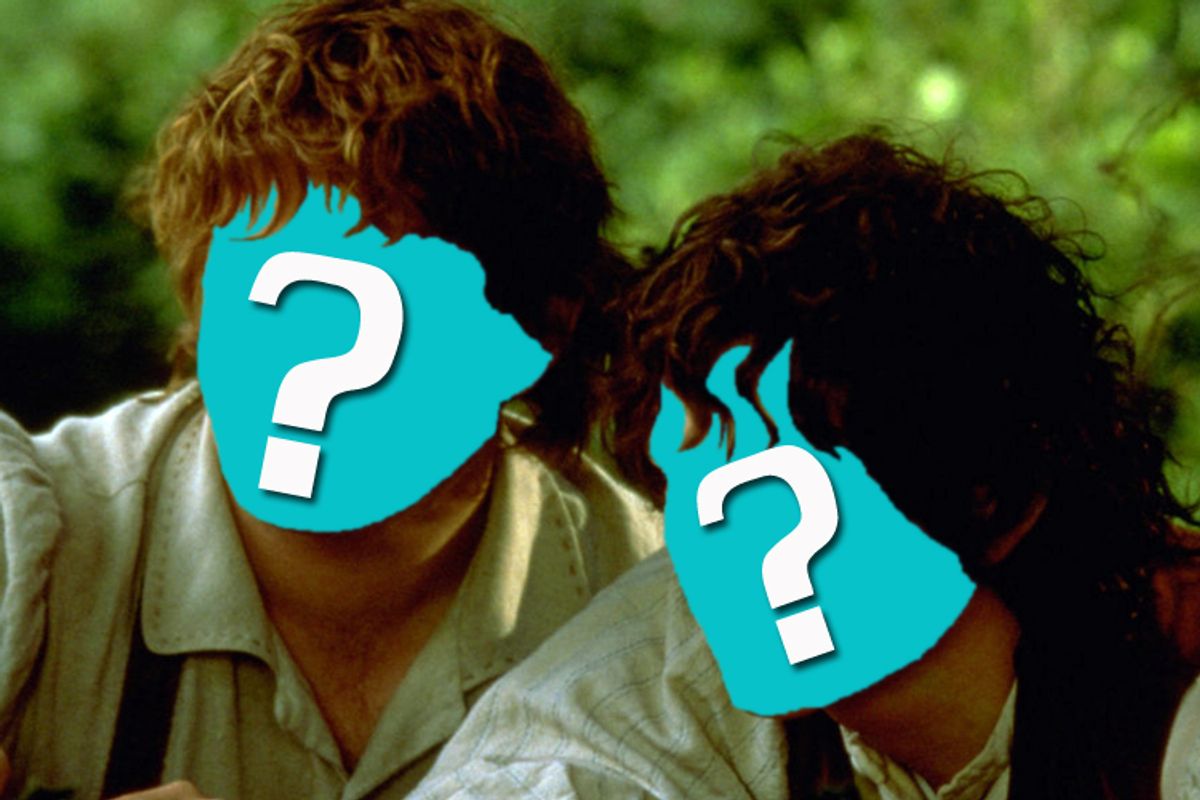 Naz Humphreys says she was told she was too dark for the job. And indeed, the ad specified potential applicants have "light skin tones."  It sounds like a clear-cut case of blatant racism, one that led to the swift firing of the person who placed the ad and allegedly told applicants, "We are looking for light-skinned people. I'm not trying to be -- whatever." (Fun fact: Whenever anyone starts a sentence with "I'm not trying to be …" the next thing out of said individual's mouth is guaranteed to be damning.) But the job posting in question was a casting call. And the gig was as an extra in "The Hobbit."

The casting person's stipulation that would-be hobbits be "light" -- a requirement she made only of females, by the way – certainly appears to be an incredibly insensitive mistake. Humphreys, who is of Pakistani descent, told New Zealand's Waikato Times Monday that "It's 2010 and I still can't believe I'm being discriminated against because I have brown skin." And a representative for director Peter Jackson's Wingnut Films added, "No such instructions were given, the crew member in question took it upon themselves to do that and it's not something we instructed or condoned."

While the incident seems to have been an independent crew member going rogue, it brings up serious issues of how realistic -- even in the fantasy realm of Tolkien -- colorblind casting can ever be. Would the entire production have been thrown out of whack by one more than beige extra in the crowd scenes? Of course not. But then again, Humphreys is not a professional actress. Have her career opportunities really been limited by not getting to be an extra in "The Hobbit"? Furthermore, if it's discriminatory to ask potential hobbits to be light-skinned, is it likewise unfair to insist they be, as the casting call stipulated, under a certain height?

The kerfuffle over "The Hobbit's" tactless casting call -- with its obvious and utterly unnecessary skin tone limiting of would-be applicants -- serves an uncomfortable reminder of the not-so diverse realm of the Tolkienverse. As China Miéville astutely noted several years ago in Socialist Review, Tolkien was writing about "a rural idyll that never existed -- feudalism lite." As my colleague Laura Miller says, "There's a criticism that there's a crypto racial thing in the darker-skinned orcs and the southern men. But the shire is Tolkien's fantasy of Anglo-Saxon rural life. He's not specific about the hobbits because naturally everybody in it is white. Anything else would be unfathomable to him."

So how true to Tolkien's vision -- one that was created in a different and decidedly less multicultural time and place -- does a film need to be? Jackson's "Lord of the Rings" trilogy was widely embraced by fans of the book precisely for its respect for the text. And while it's hard to imagine that the nuances of skin color in a crowd of hobbity extras matter a bit, it is also reasonable to suspect that Martin Freeman was cast as Bilbo Baggins because he looks the part, right down to those pasty British features. The physical attributes of a person -- whether an extra in a crowd scene or the leading man -- do matter. (I'm white, but at 5-foot-5, I too am unqualified for the job of hobbit.) In a contemporary thriller, it shouldn't matter if the cop is Puerto Rican or the tough-as-nails D.A. is Chinese. But if you're casting "Precious," you're probably not going to call Carey Mulligan. And while it absolutely shouldn't matter how fair-skinned an extra on "The Hobbit" is -- and it's clear from the firing of the casting person that Peter Jackson agrees -- it's also not always racist to require actors to look the part. A quick read of any casting call will tell you that. And unlike most other jobs, the criteria for who gets hired to be in front of the camera are rarely black and white.