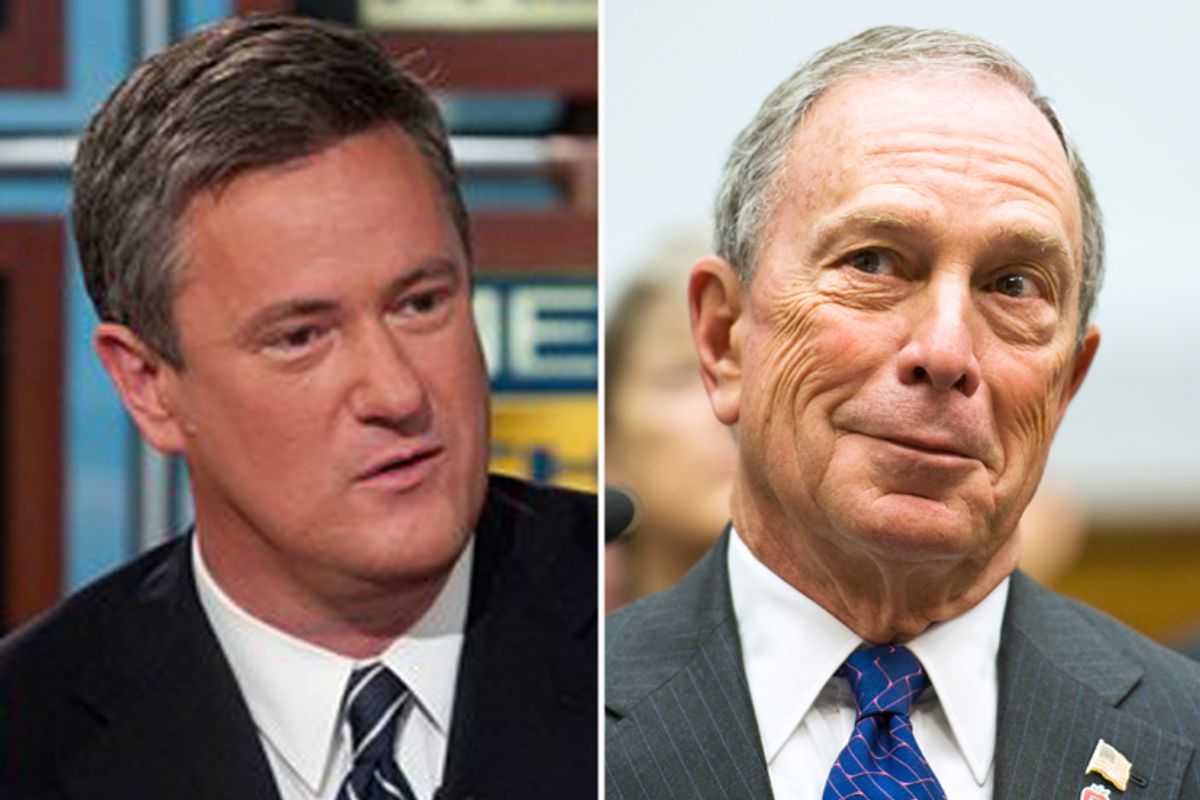 Sanctimonious self-appointed "centrists" with no constituency outside of their social circles to launch meaningless-but-well-funded campaign in support of their admiration for themselves, Howard Fineman reports.

What can you even say about that lineup besides "where's Harold Ford"?

It gets even more ridiculous: The "No Labels" organization (I'm not sure whether to blame Naomi Klein or feel bad for her) was founded, of course, by longtime Democratic fundraiser Nancy Jacobson -- the wife of pollster grifter Mark Penn -- and Bush and McCain media guru Mark McKinnon. The group -- which promises that its not a stalking-horse for a third party -- demands that everyone in politics just civilly solve problems from the "pragmatic center," which is, if you'll permit me to be briefly uncivil, childish and stupid.

This is boilerplate that I plan on adding to all posts I write about this organization from now on: There is not a secret majority of fed-up Americans that agrees, politically, with center-right "reasonable" Republicans like Scarborough and Bloomberg and Lieberman. Lieberman doesn't have a shot at reelection and Bloomberg is disliked by most Americans. "Civility" is a meaningless buzzword, though they seem to define "incivility" as "disagreeing that vague center-right policy proposals will solve America's problems."