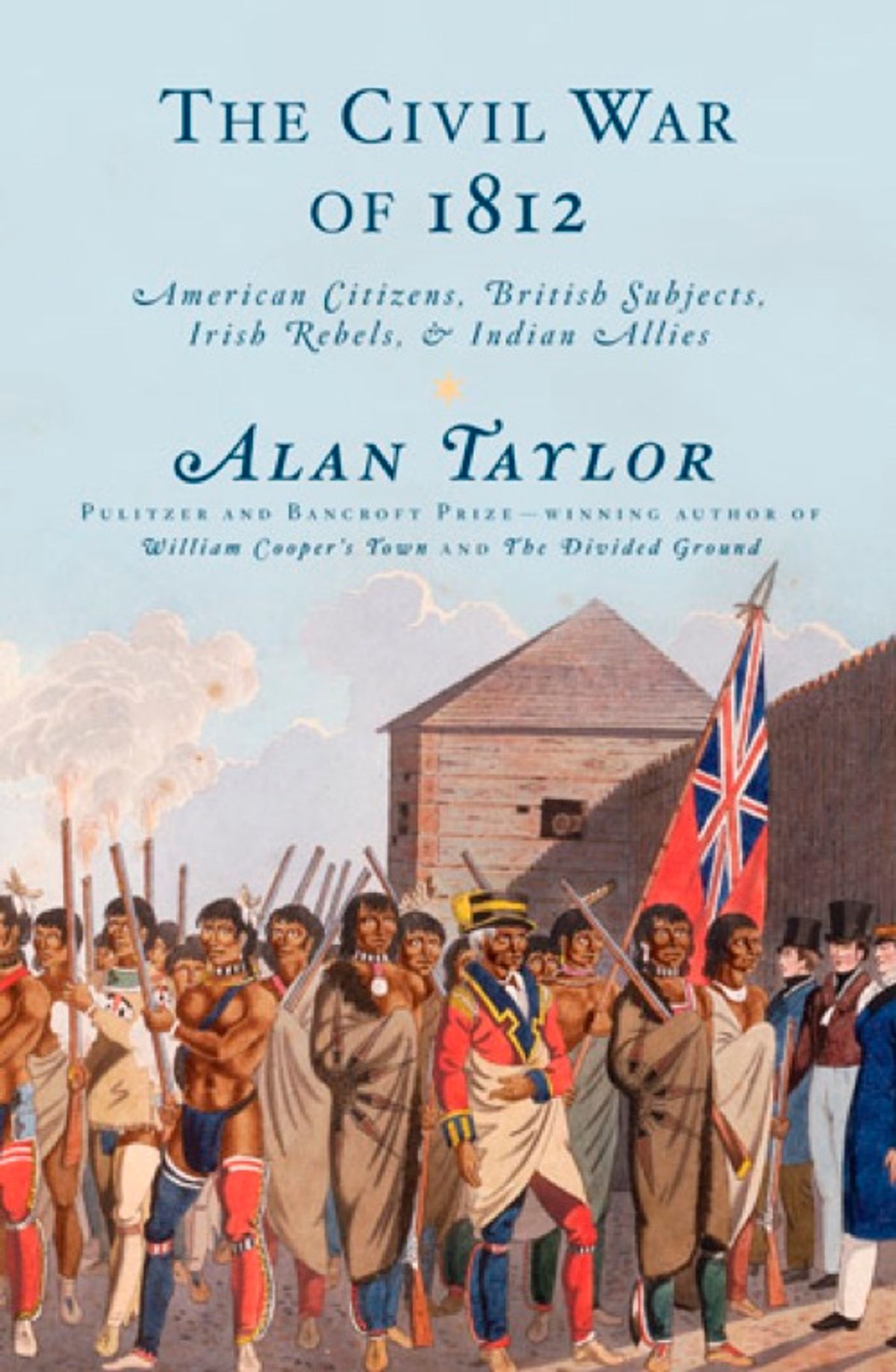 The War of 1812 is an uncertain affair in American memory and legend. Its touchstones -- the composition of "The Star-Spangled Banner" and the burning of Washington -- tend to overshadow the roots and consequences of the three-year conflict. Historian Alan Taylor offers a corrective in "The Civil War of 1812," arguing that the United States used the war to consolidate its victory in the American Revolution and become a fully sovereign nation.

Scholars frequently portray the war as a draw between Britain and the United States; each side, of course, thinks that it won. But to Taylor, bragging rights are less interesting than ethnicity and allegiance: The war was a pastiche of loyalties and rivalries between Americans, Canadians, Irish, American Indians, slaves and Britons. In a bold rhetorical move, Taylor recasts a frequently overlooked conflict not merely as pivotal to the development of the United States, but as a "civil war" for the North American continent.

The war's main cause was British disruption of American maritime commerce. The British Navy seized (or "impressed") sailors on American-flagged ships, claiming them for service in His Majesty's great campaign against Napoleon. Britain defined its subjects by the location of their birth -- even those who, like many Irish, had become naturalized U.S. citizens. To the American government, divided politically and still unsure of itself, this act of contemptuous presumption was not merely emasculating, it was reactionary:

By seizing supposed subjects from merchant ships, the royal Navy threatened to reduce American sailors and commerce to a quasi-colonial status, for every British impressment was an act of counterrevolution. By resisting impressments and declaring war, the Americans defended their revolution.

If only the Americans had had the chops to do so! Taylor's book chronicles a blundering military ineptitude that will color the patriotic reader's cheek. For the first half of the war, the United States lacked able military leaders and foolishly tried to invade and seize Canada, Britain's foothold on the continent. (Taylor limits his focus to that theater, skimming over well-chronicled battles in New Orleans and Baltimore.) Whereas the British were battle-hardened veterans of the Napoleonic wars, the Americans were weekend warriors more interested in cutting taxes than raising an army. Also, they were terrified of Indians, with whom the British cunningly allied. Taylor vividly re-creates the dread that Indian warriors, with their scalp taking, corpse mutilating, and "appalling war whoop," inspired in the trembling American regular and militiaman. When no Indians were handy, the British impersonated them: "we yelled like Indians. I tell you those simple fellows did run." Not only did the Americans fail to seize Canada, they lost Detroit.

Taylor argues that nationality and loyalty were fluid variables that ebbed and flowed like initiative trading hands on the battlefield. Irish republicans joined the Americans against their English oppressors, while African-Americans offered their own services to the crown, which renounced slavery. Many Canadians were erstwhile American citizens who had gone north in search of cheap land; "[w]eary of both armies, [they] longed for one side to win so that both would go away. Native American tribes helped swing early momentum to the British, but were abandoned at the Treaty of Ghent (1815), which ended hostilities by returning Canada and America to their pre-war borders. Whereas the United States failed to expand northward, it used the war's end to split the tribes from England and to seize their land in the West. The war's greatest American hero, future President Andrew Jackson, was a man with an ugly talent for clearing a field of native opponents.

Taylor tells this complex story with nuance and humor. Readers will grin at his infrequent but effective use of wry phrases like the U.S.'s belief that "French Canadians would welcome a liberation," and the American officers who "partied like it was 1799." A dense book of history requires a little cheek to stay lively, and Taylor is the rare writer who can pull this off without becoming a ham. But is he right that this was a civil war? Yes and no. It is true that the English, American and Canadian combatants shared a language and looked alike, and for that reason hated to fight each other. Then again, Taylor's theses coexist in tension: Civil war suggests a nation tearing itself apart, yet Taylor portrays the War of 1812 as a prerequisite to full nationhood. As one British spy characterized the decentralized American republic, "Seventeen staves and no hoop will not make a barrel that will last long." Such was the shape of the young country in 1812. By 1815, the coopering was finished and the thing stood up on its own. The United States would never again be mistaken for a British colony.