After an atheist billboard causes a ruckus outside the Lincoln Tunnel, the Christian group puts up its own 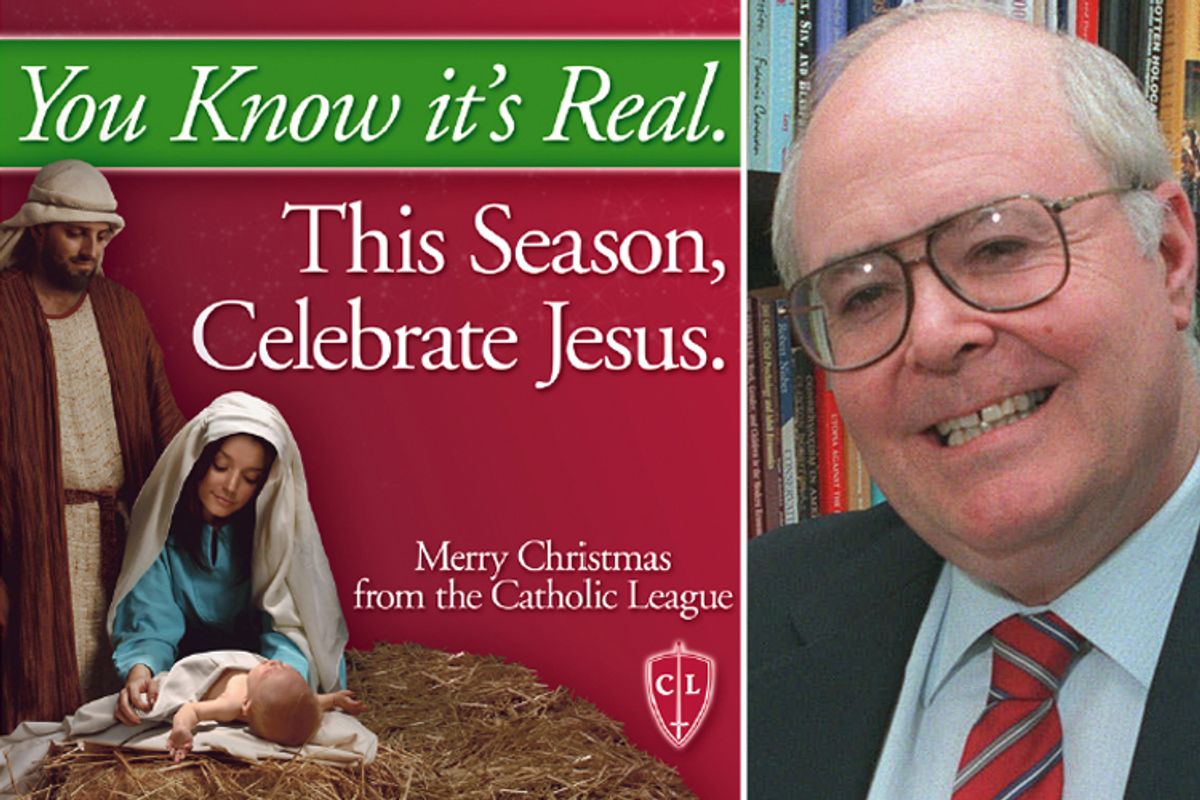 Proving yet again that one arrogant, jerky and desperately attention-getting action begets another, those yahoos at the Catholic League have glommed on to the American Atheists' War on Christmas.

The atheist group made a splash earlier this week with a billboard outside the New Jersey entrance to the Lincoln Tunnel that depicts a nativity scene and the condescending message "You KNOW it's a myth. This season, celebrate REASON!" The Catholic League has now shot back with a billboard of its own on the New York side of the tunnel -- one with a smiling (and seriously white) holy family and the words "You know it's real. This season, celebrate Jesus." Get a room already, you two.

Seriously, isn't slogging through the Lincoln Tunnel enough of a bummer without having two self-righteous know-it-alls bleating about what they think we all "know"? I know both groups are wildly overinvested in promoting themselves and butting into everybody else's private belief systems, that's what I know. I know they can both scream all they want, but the greater metropolitan area and the world at large are chock-full of people for whom "celebrating" this season doesn't involve telling other people what's really in their hearts. I know that whatever you believe -- or don't -- the end of the year marks a marvelous opportunity for introspection, and resolution to favor kindness, compassion and empathy over finger-wagging and agenda-pushing. And that I'm ready to take up a collection to create a billboard that celebrates ignoring anybody belligerent enough to shout from a billboard about what the hell any of us ought to be celebrating in the first place.