Reports of Iran-North Korea cooperation may be flawed 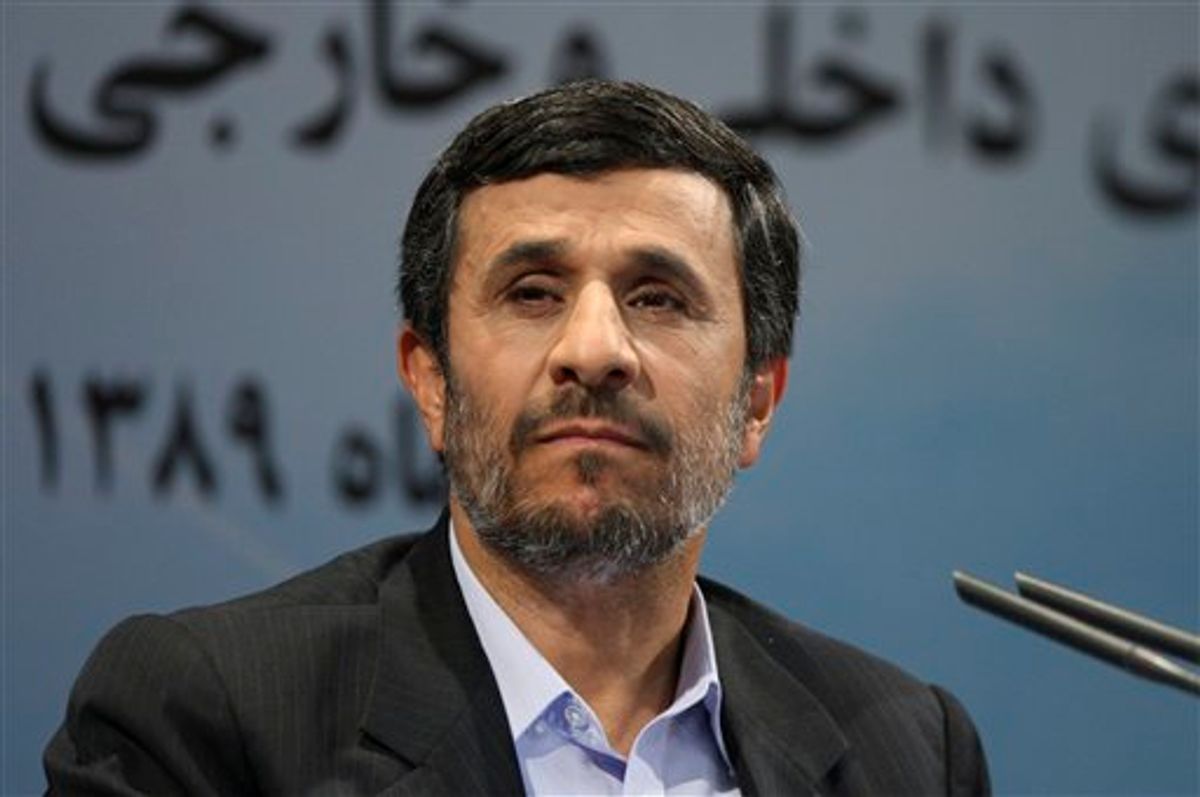 One of the first revelations in the WikiLeaks cables archive, first reported in a big story by the New York Times, is that U.S. intelligence has concluded that Iran obtained 19 medium-range missiles from North Korea. The Times story warned in its third paragraph that the "missiles could for the first time give Iran the capacity to strike at capitals in Western Europe or easily reach Moscow."

But the Times did not print the full December 2009 cable for its readers, complying with a request from the Obama Administration, the reasons for which are not clear. WikiLeaks did publish the cable, which you can read here.

And the thing that jumps out about the cable, which describes a U.S.-Russian meeting on Iran, is that the Russians expressed intense doubts about whether Iran had actually acquired so-called BM-25 missiles from North Korea. But these doubts were inexplicably left out of the Times story that set the international narrative on the issue. Neoconservatives in the U.S. have seized on the report to trumpet claims that Iran is a threat and to retroactively justifiy George W. Bush's 2002 "axis of evil" speech.

Journalist Gareth Porter was first to tackle this (UPDATE: Media watchdog FAIR was on it earlier than Porter):

The full text of the U.S. State Department report on the meeting of the Joint Threat Assessment in Washington Dec. 22, 2009, which is available on the Wikileaks website, shows that there was a dramatic confrontation over the issue of the mysterious BM-25 missile. ...

The head of the U.S. delegation to the meeting, Vann H. Van Diepen, acting assistant secretary for international security and nonproliferation, said the United States "believes" Iran had acquired 19 of those missiles from North Korea, according to the leaked document.

But an official of the Russian Defence Ministry dismissed published reports of such a missile, which he said were "without reference to any reliable sources".

And indeed, if you read the cable, the Russian objections are quite clear:

Russia said that during its presentations in Moscow and its comments thus far during the current talks, the U.S. has discussed the BM-25 as an existing system. Russia questioned the basis for this assumption and asked for any facts the U.S. had to provide its existence such as launches, photos, etc. For Russia, the BM-25 is a mysterious missile. North Korea has not conducted any tests of this missile, but the U.S. has said that North Korea transferred 19 of these missiles to Iran. It is hard for Russia to follow the logic trail on this. Since Russia has not seen any evidence of this missile being developed or tested, it is hard for Russia to imagine that Iran would buy an untested system. Russia does not understand how a deal would be made for an untested missile. References to the missile's existence are more in the domain of political literature than technical fact. In short, for Russia, there is a question about the existence of this system.

The U.S. said that is only part of the case. In the media, and more importantly in the MTCR Information Exchange, countries have offered direct evidence of the transfer of the BM-25 from North Korea to Iran. Russia asked if the U.S. had pictures of the missile in Iran. The U.S. did not, but noted that North Korea had paraded the missile through the streets of Pyongyang. Russia disagreed. Russia said it had reviewed the video of the North Korean military parade and concluded that North Korea had shown a different missile. Russia does not think the BM-25 exists. The missile appears to be a myth, and some say that it is based on a Russian missile. However, no one has seen it, and Russia cannot find traces of it. The U.S. said it would endeavor to provide further information on the existence of the BM-25 at the next round of talks, noting that reaching agreement on this point will affect the joint assessment of Iranian and North Korean missile capabilities.

Obviously this is a complicated issue, and the American assessment could be correct. But it's hard to see how the Times served its readers by simply not including relevant information that potentially casts doubt on a big story.

We reached out to the authors of the story to ask what the thinking was on not including the Russian dissent, and we'll update this post if we hear back.