The Smithsonian caves to conservatives 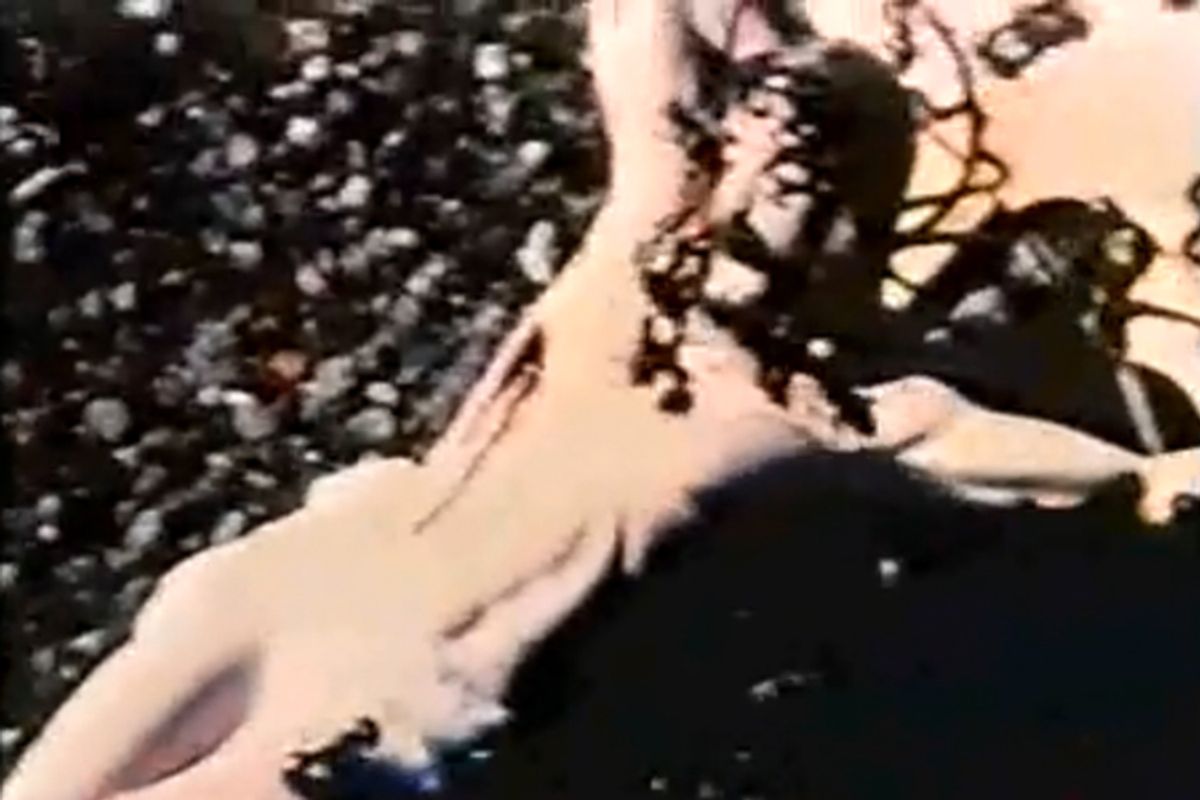 A still from David Wojnarowicz's "A Fire in My Belly"
--

Conservative uppityness never takes a break, even on World AIDS Day. While millions of people around the planet are marking Dec. 1 with activism and awareness, the religious zealotry dream team of John Boehner and the Catholic League's Bill Donohue (that guy again!) has successfully bullied the Smithsonian's National Portrait Gallery into removing a work from the country's "first major museum exhibition" of gay and lesbian art -- by an artist who died of AIDS-related illness.

The work, a video called "A Fire in My Belly" by David Wojnarowicz, features a brief depiction of ants crawling over a crucifix. Wojnarowicz, who died in 1992, created the film, which includes images of a statue of Jesus covered in ants, as an homage to a former lover and colleague who succumbed to AIDS complications in 1987.

The video, along with the rest of the Hide/Seek exhibit, had been humming along without a single complaint since Oct. 31. But then on Monday the right-wing CNS News suddenly got the vapors that "the federally funded National Portrait Gallery, one of the museums of the Smithsonian Institution, is currently showing an exhibition that features images of an ant-covered Jesus, male genitals, naked brothers kissing, men in chains, Ellen DeGeneres grabbing her breasts, and a painting the Smithsonian itself describes in the show's catalog as homoerotic." It didn't take long for the Catholic League to get in on the act, sputtering that the video was "designed to insult and inflict injury and assault the sensibilities of Christians." Just breathe a sigh of relief they left Ellen's breasts alone.

Suddenly smelling the makings of an old school culture war, Republicans Jack Kingston, Eric Cantor and, of course, John Boehner were all over the story like ants on a plastic Jesus. Boehner soon issued a statement that "American families have a right to expect better from recipients of taxpayer funds in a tough economy ... Smithsonian officials should either acknowledge the mistake and correct it, or be prepared to face tough scrutiny beginning in January when the new majority in the House moves to end the job-killing spending spree in Washington." Brrrrr! Hear that, Smithsonian? Remove or lose it.

Never mind that only 55 percent of the Smithsonian's budget is federally funded, that generally exhibitions are mounted through private fundraising, or that, as the Washington Post notes, Hide/Seek in particular "was funded by the largest number of individual donors for a Portrait Gallery show … underwritten by foundations that support gay and lesbian issues." Never mind the truth -- that your tax dollars really aren't supporting a whole 11 seconds of hot, hot Formicidae on Yahweh action.

Nope, that bluster was enough to turn the Smithsonian, America's most prominent cultural institution, totally chicken and pull the video. On Tuesday, NPG director Martin Sullivan issued a statement that read, "I regret that some reports about the exhibit have created an impression that the video is intentionally sacrilegious. In fact, the artist’s intention was to depict the suffering of an AIDS victim. It was not the museum’s intention to offend. We are removing the video today."

So while acknowledging that the work is not sacrilegious and its meaning has been misreported, they're getting rid of it anyway. Congratulations, whiners! You win again. The show, which runs through Feb. 13, promises visitors it explores "how major themes in art were influenced by social marginalization," but the Catholic League, Boehner and their god-fearing, gay-averse cronies may have strong-armed their way into the Gallery's curatorial discretion, by caving to pressure, the NPG is no longer just exploring marginalization, it's actively perpetuating it.