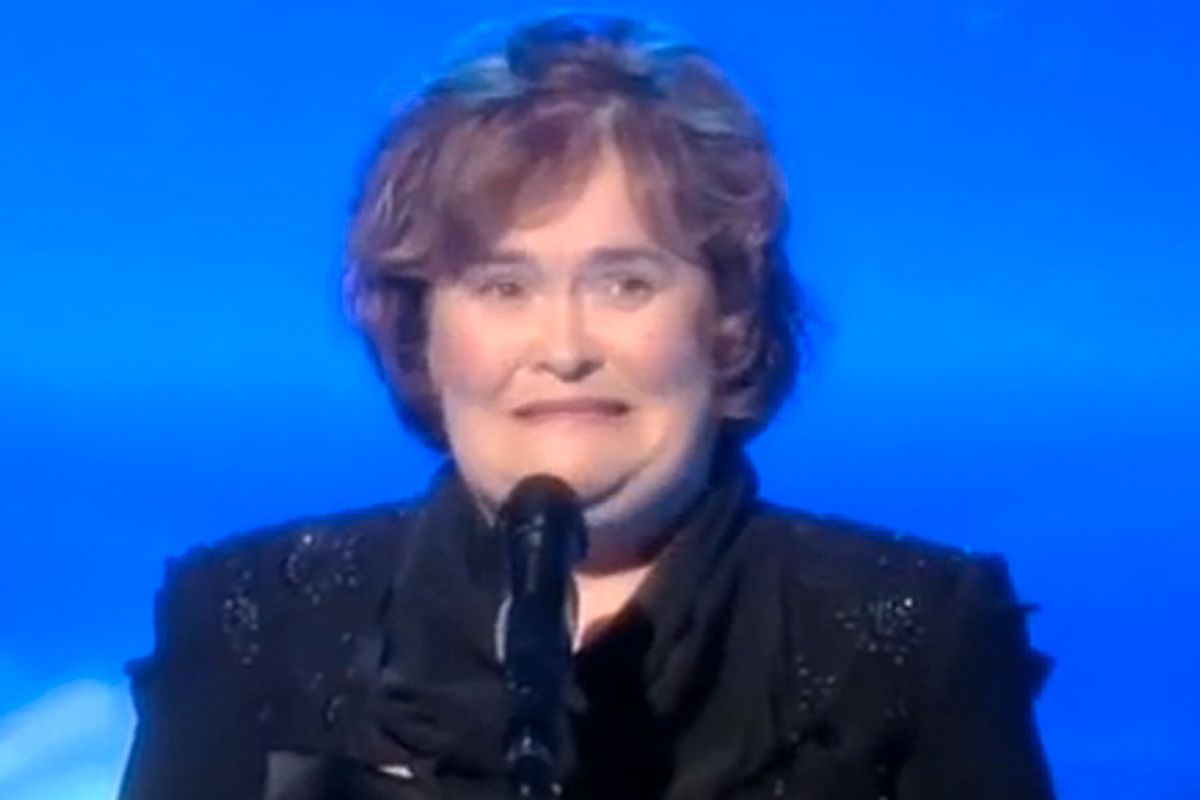 Fairy tales sometimes come true, but it doesn't automatically guarantee a happy ending. A year and a half ago, a not skinny, not young, and definitely not slick or practiced singer stepped up to the microphone on "Britain's Got Talent" and, in a stunning performance, became a star.  Just a few months later, Susan Boyle had the biggest debut album in U.K. history and Billboard's top selling release of the year. She has sung for the pope, penned a memoir and is currently kicking the butts of Rihanna, Taylor Swift and the Black Eyed Peas at the top of the album charts. When she covered Lou Reed's "Perfect Day," she got Reed himself to direct the video. Suck it, Katy Perry!

Yet everything that has made Boyle such an appealingly unlikely superstar -- the utter non-Ke$haness of her  -- has also often made her incredibly uncomfortable to watch. She's no musical theater diva with an obvious love for the spotlight (unlike her idol, Elaine Page). She is a quiet, often awkward small-town woman whose prior show business experience was singing in her church choir.

So it was unfortunate, if not entirely surprising, that when faced with the glare of sudden worldwide attention and the rigors of going from unemployment to full-time entertainer, she cracked a little. Last year, she referred to fame as "a demolition ball." And when it hit her, a lost-looking Boyle checked into to a London psychiatric clinic.

Now, a year and even greater success later, Boyle still appears to be struggling with the demands of stardom. In October, she begged off an appearance on "Dancing With the Stars" at the last minute, citing illness. Then, Tuesday, she appeared in an agonizing performance on "The View" to croon "Oh Holy Night." Her voice cracked repeatedly until she shut the whole works down, saying, "I've got a little frog in me throat." (Does anything ever not end in minor disaster on "The View"?) Co-hosts Whoopi Goldberg and Sherri Shepherd swooped in to salvage the visit, praising her "angel" voice and gently coaxing her to discuss her sudden renown and her unique style. "I'm afraid in a bit of a bubble when I'm performing," she murmured almost inaudibly.

Boyle, who at her best possesses a poised reserve when she sings, just as often conveys the awkwardness and flat-out discomfort of someone for whom all this attention is a difficult thing to bear. Her natural -- and impressive -- talent is for singing, but vocal ability and charisma do not always go hand in hand, especially for shy lassies like Boyle. Watching her, there's often an anxious sense that she'll do exactly what she did on "The View" Tuesday -- she'll stand up before the world and choke. And it's easy in those moments to assume that Susan Boyle is someone who does not belong on that stage at all, that she is simply the biggest pawn in the Simon Cowell entertainment machine, a naive woman on the verge of a nervous breakdown.

But Boyle, for all her artlessness, may not be so thoroughly fragile after all. After her disastrous "View" performance, she butched up and did it again for the West Coast airing of the show. And later that night, she belted out "Away in a Manger" at the lighting of the Rockefeller Center Christmas tree. And she nailed every note.

She's not Beyonce. She's not polished or great with the talk show patter. She winces broadly at her own singing flubs. Frankly, she's kind of weird. But while she has only been a star a very short time, she has been living the role of Miss Susan Boyle -- eccentricity and all -- for as long as she's been singing. That's why she's so good at it, and why she may well be more competent at being weird than we are at watching her be weird. She's unlike any other entertainer out there. And even if she stumbles sometimes, it doesn't mean she's destined to fall.