All my little illusions of safety

After a close call with a suicide bomber in Turkey, I wondered if I was safe living abroad. But home had danger too 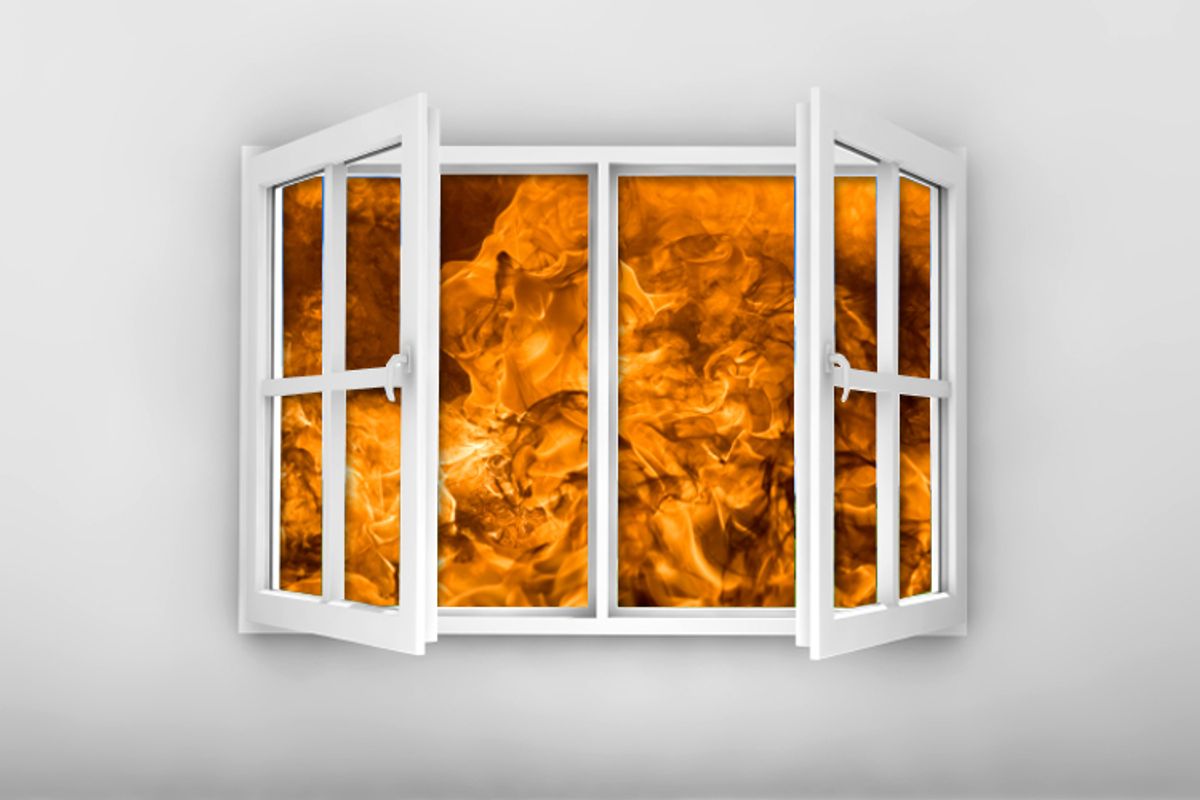 The late October morning was crisp and clear as I raced through Istanbul's Taksim Square, fretting that I should have left the house just a few minutes earlier and grumbling to myself, as usual, about having to work on yet another Sunday. In the center of the square, underneath the massive statue commemorating Turkish independence, a limber teenage boy was doing a one-armed hand-hop to the delight of a small crowd while two girls practiced lower-to-the-ground break-dancing moves. I stopped to watch for a moment and walked away smiling, my foul mood temporarily lightened.

Thirty minutes later, a suicide bomber blew himself up at that very spot in an attack on police forces stationed at the square, injuring 15 officers and 17 passersby. I didn't learn what had happened until I reached the office of the newspaper where I work. When we switched on the TV as we do each morning, the sound of sirens filled the newsroom.

Though it was by no means the first such attack in Istanbul, this one, quite literally, hit closer to home.

By the time I finished work nine hours later, the metro system, closed in the immediate aftermath of the bombing, had reopened and tourists were once again posing for pictures in front of the Independence Monument, as they do every weekend. Only the camera crews camped out on the sidewalk in front of the local public hospital indicated it had been anything other than an ordinary Sunday.

The first summer after I moved to Istanbul, gunmen attacked the U.S. Consulate General, killing three guards. The consulate sent out a message to all American citizens living in the city, urging us to maintain a low profile and to be especially alert in places "where Americans and Westerners are known to live or congregate." A fellow American expat sent out her own e-mail inviting our gang of foreigners -- including one consular employee -- to meet for a drink that night, writing, "It's your patriotic duty to make sure the terrorists don't win!"

Three days later, I read that a man had been shot and killed in the middle of the day one block from my old house in San Francisco, at an intersection where three people had been wounded in a separate attack earlier in the week. The flurry of concerned e-mail inquiries I'd received from home following the Istanbul shooting suddenly seemed sadly misplaced.

Juxtapositions like these breathe life into the tired statistics about your chances of being killed in a lightning strike versus a terrorist attack versus a car crash -- statistics meant to put risk into perspective but ones that are of little comfort when you're afraid, or trying to reassure someone who is scared on your behalf.

In the late 1990s, I was preparing for a trip with some friends to Costa Rica, an island of peace in what had often been a sea of strife. The country boasts a solid democracy, a 95 percent literacy rate, and forward-thinking conservation politics, and though there is poverty, there is seemingly little desperation. It hasn't even had an army since 1948. None of which mattered to my mother, who only heard two words when I talked about my upcoming vacation: Central America.

"Ask her if she's being held by rebels," my father said, only half-joking, when I called from San Jose to announce my safe arrival. Personally, I was more worried about Costa Rica's large number of poisonous snakes, including the eyelash viper, which hangs vine-like from trees, just waiting to strike hapless hikers, and the fearsome fer-de-lance, known to pursue people into their homes. Our excursions into the rain forest were thankfully serpent-free, however, and the rest of the trip proved equally benign. We bumped along countless miles of dirt roads in battered old school buses without incident and drank piña coladas and sodas from plastic bags with only minor stomach complaints. What I never told my mother was that our car's tire had blown out on the way to the airport in San Francisco, sending the vehicle spinning down the middle of the 101 south freeway as other cars swerved out of the way to avoid a crash.

It was my first real lesson in the risks you take just walking out the door in the morning, the risks no one seems to think about when they're fretting about trips to "scary" countries or "bad" parts of town -- risks that came into sharp relief for many Americans, possibly for the first time, after Sept. 11.

My office in downtown San Francisco was evacuated after the terrorist attacks and I walked home through an eerily empty city, the streets as quiet as if it were Christmas Day. Once again, I had to try to calm my mother's fears. "I'd feel so much better if you lived in the East Bay instead of in San Francisco," she said as she choked back tears. I wasn't exactly unafraid myself -- if anything, even more fatalistic. There was no point in considering moving, though: The nuclear bombs I imagined falling on the Financial District would wipe out the suburbs too.

To cope with my fears, I made deals with myself. I took the bus instead of the subway, or took the subway 15 minutes earlier or later than usual to avoid some kind of imaginary "peak time" that the terrorists would surely choose to stage another attack. I watched planes until they disappeared from sight, willing them to stay in the air. If someone broke a bottle on the street, I held my breath as I walked by the shards. If a man raced past, I followed him with my eyes to make sure he was just running for the bus. If I did all these things right, I told myself, everything would be fine.

As travelers, many of us make such deals all the time, drawing arbitrary distinctions we convince ourselves have meaning. We'll go to Guatemala, but not to Colombia; Egypt, but not Israel. We'll avoid a certain budget airline that had a bad crash a while back or spend an entire trip refusing to eat salad because we're sure it made us sick that one time. Convinced every step onto an airplane will be my last, I'll often choose a long overnight bus ride in Turkey over a short flight, willfully ignoring the not-infrequent news articles about tired drivers rolling buses off bridges.

Anyone who's lived abroad, as I have in Istanbul for nearly three years now, has probably been called "brave" by friends back home, people who say things like "I could never do that." But I don't think there's a brave bone in my body. I'm as much of a worrywart as anyone in my passport-less family, but I love traveling enough to fight again and again to shove all the fear back into the dark recesses of my mind -- at least long enough to buy the plane ticket or tell friends, "Of course I'll come along." At that point, pride overtakes fear and I know I won't back out.

The night of the Istanbul suicide bombing, I considered how I would wake up just a few hours later and head back to work, walking right through Taksim Square, as I always do. I hoped the sun would be shining brightly once again and that -- if I were lucky -- maybe the break dancers would be back in their spot, too.

Jennifer Hattam is a writer and editor based in Istanbul. She is currently working on a guide to the city for Simonseeks.com and has contributed articles to California, the National, Sierra and Wired, among other publications. She blogs about expat life in Istanbul at the Turkish Life.