Happiness is a growing economy

At some point, improving data will lead to greater confidence, and faster growth. Could that time be now? 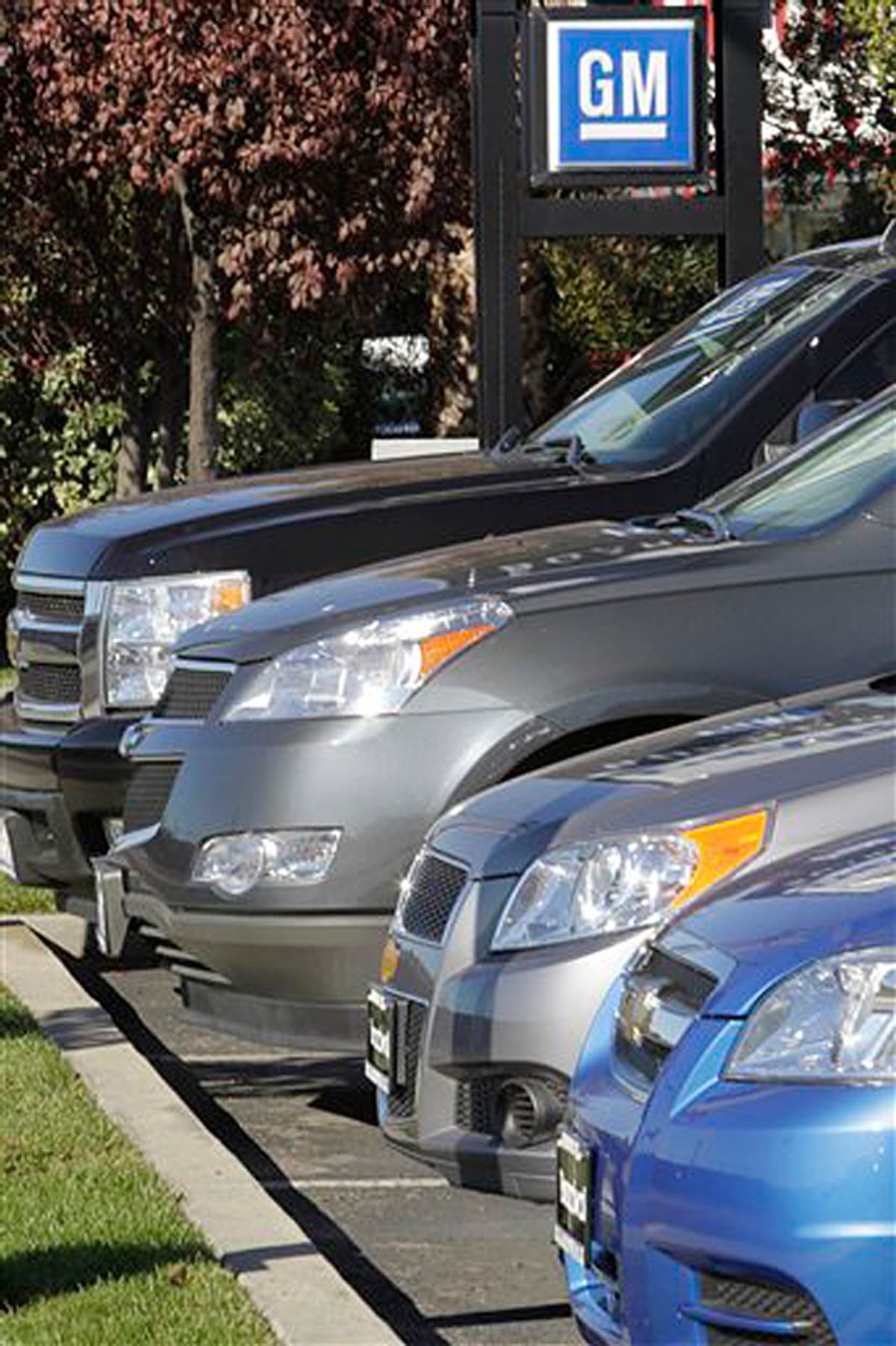 In this Nov. 29, 2010 photo, a row of GM vehicles are displayed at a GM dealership in Redwood City, Calif. Sales of General Motors cars and trucks rose 11 percent last month, a sign that the auto industry's slow recovery is gaining traction.(AP Photo/Paul Sakuma) (Paul Sakuma)
--

Steady as she goes. As anticipation builds over Friday's jobs report from the U.S. government, more data is emerging pointing to what looks like sustainable growth in the real U.S. economy.

The consensus prediction for Friday's labor report pegs the likely result at close to last month's numbers -- around 150,000 jobs, which barely keeps even with population growth and won't reduce the unemployment rate. But an upside surprise, as The Big Picture's Barry Ritholtz speculates, coming in the wake of a couple of months of consistently improving economic indicators, could be a very big deal. There's a lot of caution out there. Our "animal spirits" are low; everyone -- from employers to the employed -- is afraid of taking risks. But, as Ritholtz writes, "the psychology of a few months of strong data could have a very positive effect on hiring, wages, and capex [capital expenditure] spending."

Gloom feeds on gloom; optimism begets more optimism. A gradually improving economy won't do much to change the current state of vicious gridlock in Washington in the short term, but in the long term (is it time to start wondering about 2012 already?), it could make all the difference in the world.