He knows he's on the wrong side of history

Why a Southern Democrat's opposition to ending "don't ask, don't tell" is actually a cause for optimism 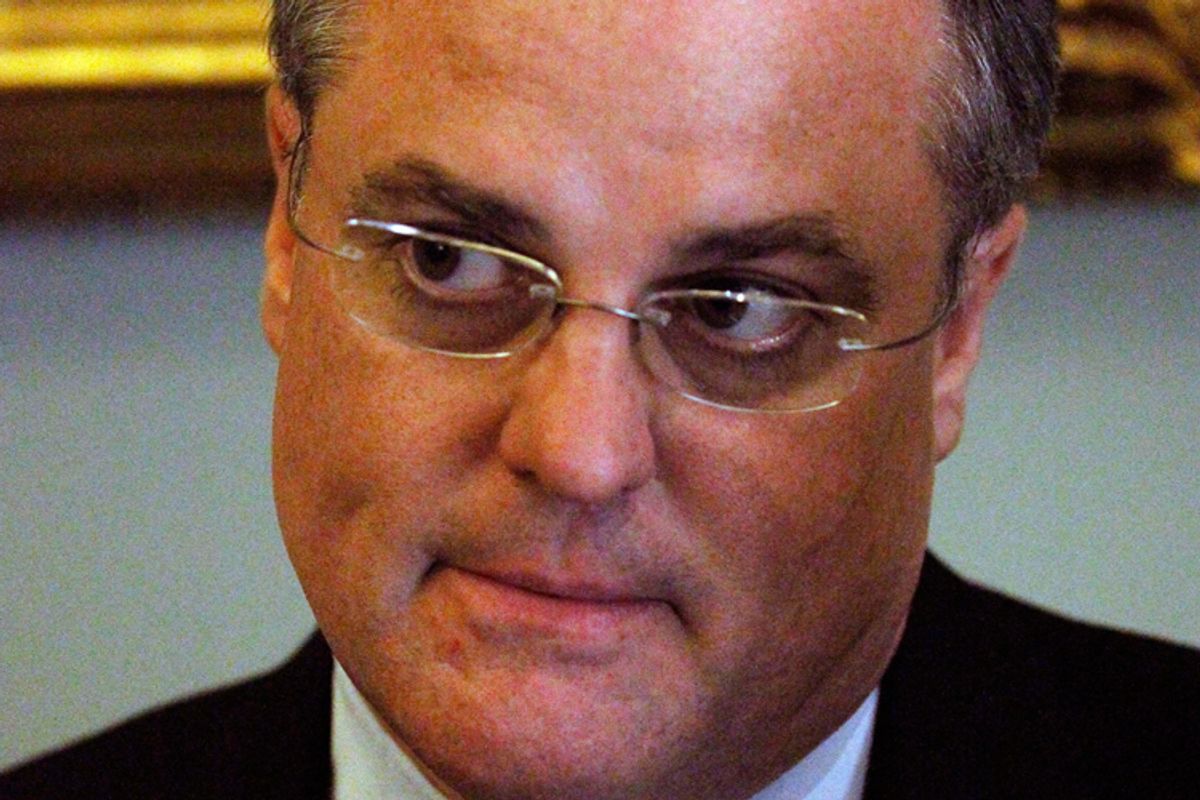 When it comes to equivocation, nothing beats a politician looking for a safe place to hide. That said, something Arkansas Sen. Mark Pryor said recently about why he intends to vote against repealing the Pentagon's incoherent "don't ask, don't tell" policy struck me as a perfect illustration of where the country stands on the issue of gay rights, and where it's almost certainly going.

For the record, Pryor was one of two Democrats to vote against allowing homosexual soldiers to serve openly in the armed forces earlier this year. The second was Arkansas' other senator, the recently defeated Blanche Lincoln, who claims that she had other problems with the defense bill but remains characteristically evasive about her intentions this time around -- crawfishing to the end.

If you suspect this tells you something about Arkansas itself, you’re probably right, although maybe not exactly what you think.

Both senators were interviewed by the Arkansas Democrat-Gazette's Alex Daniels for a front-page article about Brian Muller, a veteran of the U.S Army's 82nd Airborne Division. Muller, a native of the Franklin County town of Ozark (pop. 3,500), spent parts of two years in Afghanistan as a bomb technician, disabling booby traps and IEDs before a superior officer's implacable hostility to the "open secret" of his homosexuality led to his honorable discharge.

If there's a more critical or dangerous job in today's Army than defusing bombs, it's hard to think what it might be. The fact that he's still alive is all the testimony one needs to Muller's skill and courage. For the nation to lose his services on account of an irrational prejudice is simply a damn shame. There's really not a whole lot more to say about it. A man's willing to risk being blown to pieces in a cave in Afghanistan for his country's sake, and people are worried about his sexual orientation? Seriously?

Enter Sen. Pryor, stage right. Ever the equivocator -- on a good day he can make Blanche Lincoln look decisive -- Pryor thinks the Pentagon shouldn't be rushed into making changes. He expresses worry about the impact a policy of tolerance might have on soldiers' spiritual advisors. "Does it impede a chaplain from doing what he thinks is his duty to God and country?" he asks.

That's an absurd quibble, and I expect Pryor knows it. Faced with life and death issues of the most elemental kind, an Army chaplain who felt the need to rail against homosexuality would betray not only a badly misplaced sense of priorities, but a weak grasp of Christianity itself.

And yes, I'm aware that there are many other faith traditions among the U.S. military. Evangelical Protestantism, however, is Pryor's frame of reference. Rural and small town Arkansas is chock-full of churches expressing an attitude toward sexuality straight out of Leviticus, some keen to cast as many stones as they can carry in both hands.

That's precisely why the rest of what Pryor had to say struck me as so significant. See, regardless of the outcome of the forthcoming Senate vote, the senator pretty much acknowledges being on the wrong side of history. "Society has changed a lot," he said, "and over time, this policy will change."

Despite his personal convictions about the sinfulness of homosexuality, Pryor added, "We live in a society where we accept other people's lifestyles, so I don't want to be judgmental."

Milquetoast, yeah. Pusillanimous too. At the same time, there's every indication that the senator's serious enough about his own faith to have pondered Jesus' admonition in John 8 to let him who is without sin cast the first stone -- one reading of which is that sexual sin is well-nigh ubiquitous. Only hypocrites preach hellfire and damnation.

(Full disclosure: My wife worked for David Pryor, Mark's father, when he was governor of Arkansas. She respects him enormously, as do I. Although we were once neighbors, Mark Pryor I hardly know.)

My point's pretty basic: If a preternaturally cautious Southern Democrat like Pryor thinks the U.S. is headed inevitably toward a more open and tolerant attitude toward gay sexuality, then the kinds of weak rationalizations and absurd fears he offers for his "no" vote must be losing ground everywhere.

Indeed, according to a recent Pew Research Center survey, Americans favor allowing gays to serve openly in the military by more than 2-to-1 (58 percent to 27 percent). The recently released Pentagon study shows soldiers even more receptive to evenhanded treatment, with fully 89 percent of Army combat units and 84 percent of Marines saying they had good experiences working with gay men and lesbians.

Either way this vote goes, the day is coming when most Americans will agree that a soldier like Brian Muller has served his country every bit as much by "coming out" as a gay man as by disabling Taliban bombs.