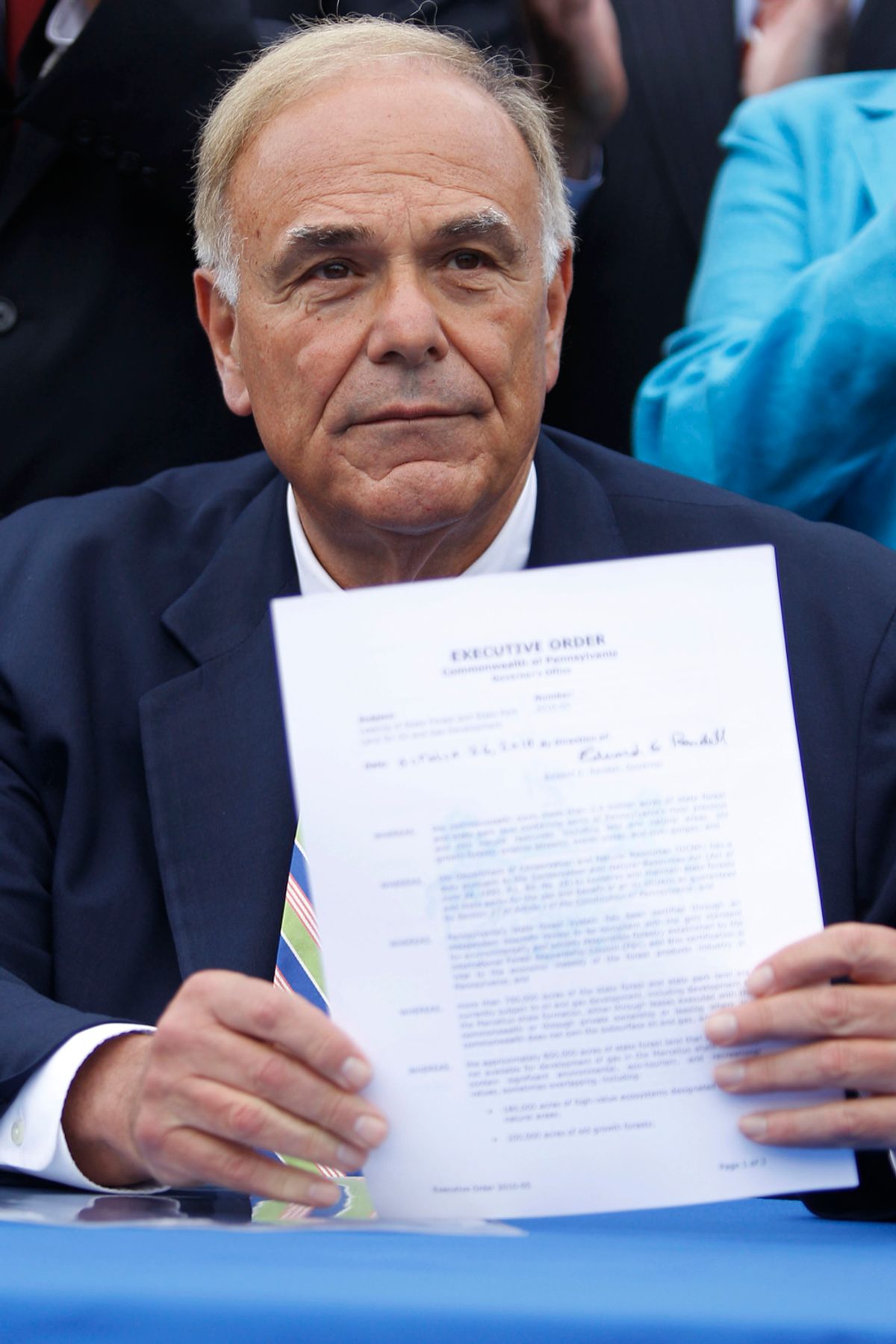 Ed Rendell, the media-friendly governor  of Pennsylvania, has a surprisingly stark quote in USA Today this morning questioning President Obama's decision to continue the war in Afghanistan:

"I question the value of us being there at all," Pennsylvania Gov. Ed Rendell, a former chairman of the Democratic National Committee, said in an interview. "I have a great deal of faith in President Obama and in (Secretary of State) Hillary Clinton and I want to believe that their strategy is the right one for the country. But I'm not sure 10 years from now and with all that money invested, things are going to be measurably better."

He argues war funding would be better used to build schools, roads and bridges at home.

Improving infrastructure has been a signature issue for Rendell, whose tenure as governor is ending in January. (He has said that he plans to continue co-chairing Building America's Future, a pro-infrastructure group he co-founded with Arnold Schwarzenegger and Mike Bloomberg.) That partly explains his comment -- the war in Afghanistan is expected to cost some $100 billion this year. But this kind of frank criticism about the Afghan war is still rarely heard, even among Democrats -- and it's not the first time Rendell has gone down this road.

Here, for example, is an account of a Rendell appearance on "Morning Joe" in August:

Rendell was very critical of President Obama’s Afghanistan War policy saying that he used to comfort the parents of Pennsylvania National Guardsmen killed in the wars by reminding them that their son or daughter died for a reason, but that now, "I don’t know what to say." It was an emotionally powerful indictment of the president's decision to escalate and extend the war, a move that has infuriated the left.

He also speculated over the summer that Obama's Afghan policy could draw a primary challenge against the president in 2012. We've put in a request to interview the governor, so hopefully we'll know more about his position soon.