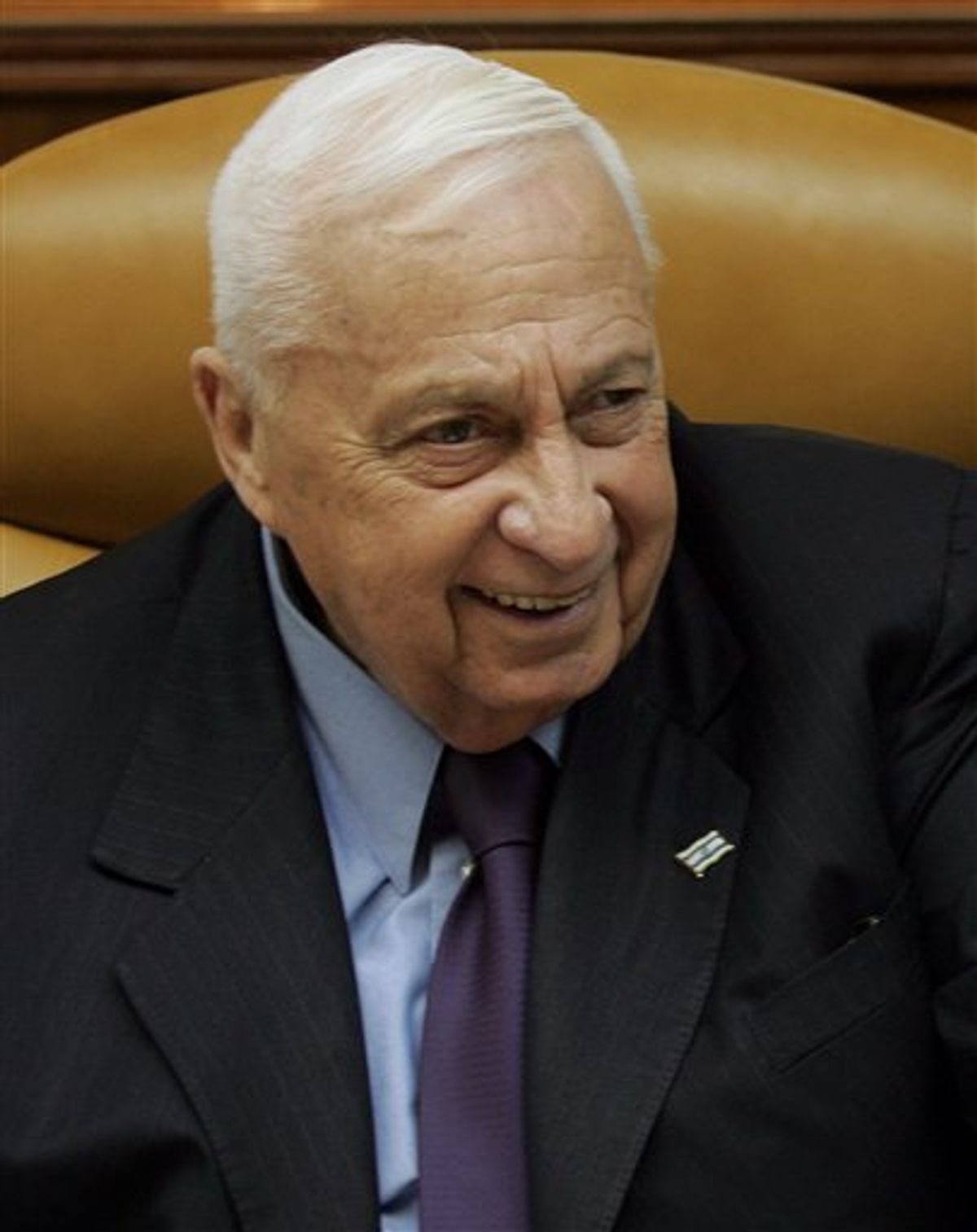 FILE - In This file photo taken Sunday Dec. 18, 2005, Israeli Prime Minister Ariel Sharon smiles as he talks to journalists prior to the weekly cabinet meeting in Jerusalem. Sharon's former aide said on Thursday, Nov. 11, 2010, that the comatose ex-Israeli premier will be moved to his ranch in Israel's south. Sharon, one of Israel's most popular and controversial figures, has been in the long-term care unit of Tel Hashomer Hospital outside Tel Aviv since suffering a series of strokes in 2006. (AP Photo/ Emilio Morenatti, File) (AP)
--

A couple of items from the WikiLeaks trove suggest that State Depatment officials do not take particularly seriously Israeli predictions about when Iran will obtain a nuclear weapon.

That's because those predictions are so often wrong.

There's a candid discussion of the matter in a March 2005 cable about Israeli views on Iran (emphasis ours):

GOI [Government of Israel] officials have given different timelines for when they believe Iran will have full enrichment capability. In February, PM [Ariel] Sharon told the Secretary that he believes there is still time remaining to pressure Iran, but that the window of opportunity is closing quickly. DefMin Mofaz cautioned that Iran is "less than one year away," while the head of research in military intelligence estimated that Iran would reach this point by early 2007. Technical experts at the IAEC predicted that Iran would have enrichment capability within six months of the end of the suspension agreement. A few GOI officials admitted informally that these estimates need to be taken with caution. The head of the MFA's [Ministry of Foreign Affairs] strategic affairs division recalled that GOI assessments from 1993 predicted that Iran would possess an atomic bomb by 1998 at the latest.

And then there's this from a 2009 cable describing a meeting between a U.S. defense official and an Israeli counterpart:

General Baidatz argued that it would take Iran one year to obtain a nuclear weapon and two and a half years to build an arsenal of three weapons. By 2012 Iran would be able to build one weapon within weeks and an arsenal within six months. (COMMENT: It is unclear if the Israelis firmly believe this or are using worst-case estimates to raise greater urgency from the United States).

For more on Iran, check out Salon's timeline to crisis.